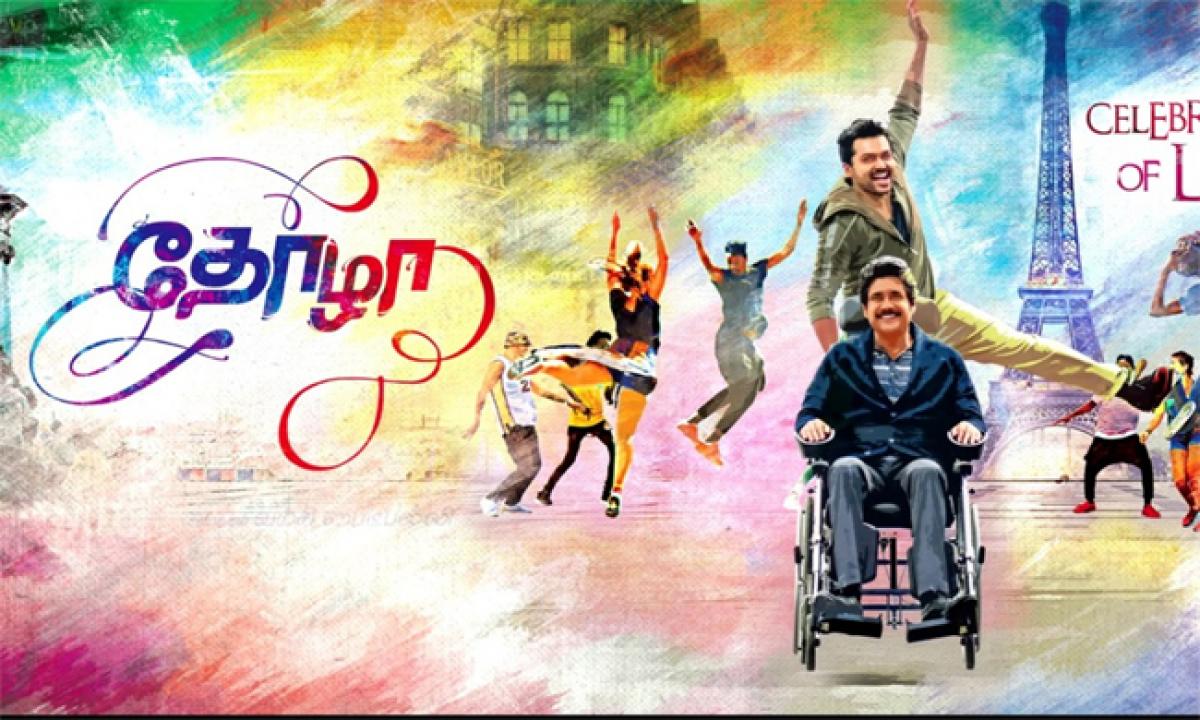 Karthi\'s making his telugu debut with Oopiri, the Tamil version of which is titled Thozha.

Karthi's making his telugu debut with Oopiri, the Tamil version of which is titled Thozha. Featuring Tamannaah as another lead, the film hit theatres today. A remake of the French film, the Intouchables, Thozha is produced by PVP and directed by Vamsi Paidipally.The audience who managed to catch the first show of Thozha can't sotp raving about it.

Let's check out the audience reaction to Thozha on Twitter

Watching @PVPCinema 's #Thozha. Emotional breeze. @iamnagarjuna hats off 2 ur guts 2 do such a chr.

Here is my review of #Thozha, https://t.co/M04EvQCdoq Entertaining, endearing drama with a sublime act from Karthi. Watch.

Done watching #Thozha - clean and solid entertainer. Karthi starts the year with a sure shot hit!

Done watching #Thozha - clean and solid entertainer. Karthi starts the year with a sure shot hit!

#thozha there is no continuing plot or suspense to keep you interested at the interval......except for any flashback as such

#Thozha also release it's Telugu version #Oopiri in Kerala at 4 screens!! 2 out of these are in Kochi Multi.