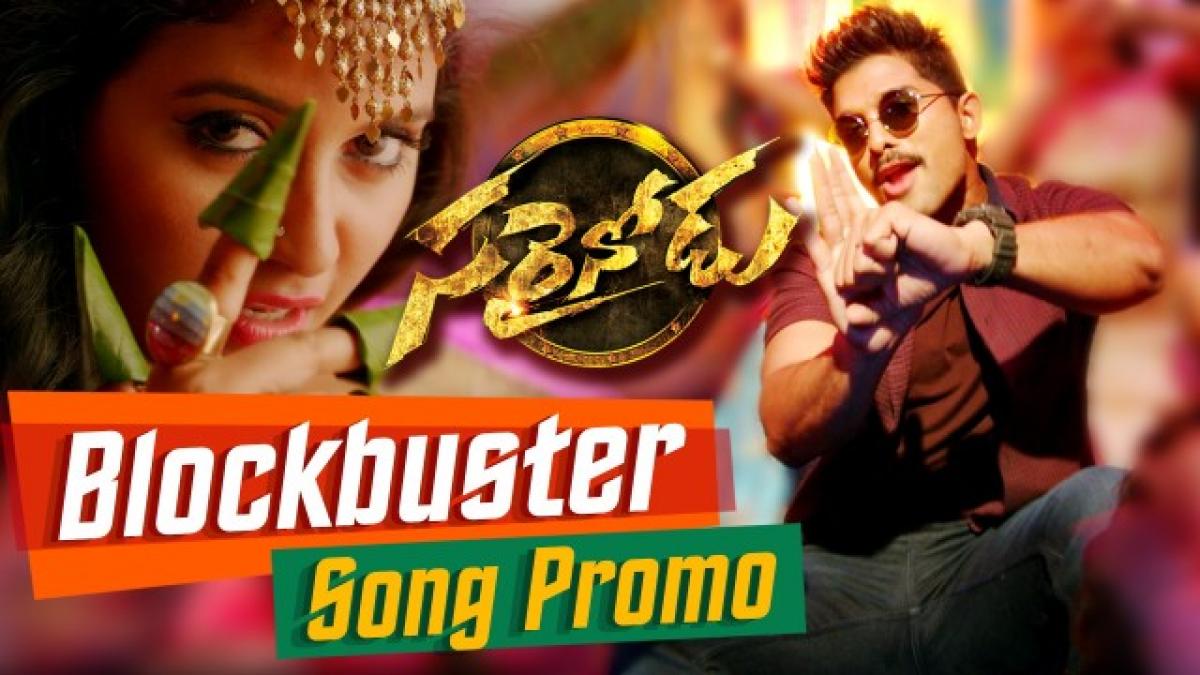 Stylish Star Allu Arjun\'s latest flick Sarainodu promo has been released and it will be aired on TV Channels starting from today.

Stylish Star Allu Arjun's latest flick Sarainodu promo has been released and it will be aired on TV Channels starting from today.

The promo of Sarainodu song called Blockbuster shows a glimpse of the item number from the movie that features Anjali dancing to the mass tunes alongside Allu Arjun. The movie slated to hit the theatres on Aprill 22nd features Rakul Preet Singh and Catherine in the lead roles. The music for Sarainodu has been composed by SS Thaman and will be available directly in stores from next week.

Take a look at the song promo from Sarainodu: