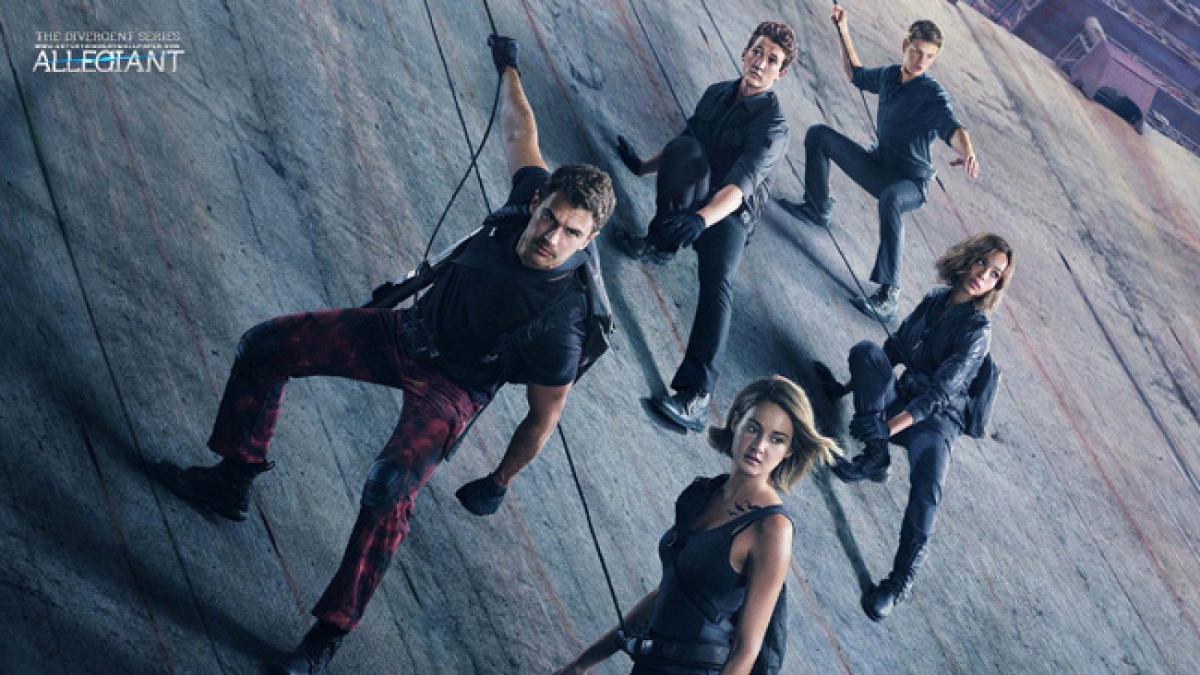 Allegiant, the penultimate and the third film of the dystopian young adult fantasy Divergent series, is certainly notches better than its predecessor, Insurgent. It is more intriguing.

"Allegiant", the penultimate and the third film of the dystopian young adult fantasy Divergent series, is certainly notches better than its predecessor, "Insurgent". It is more intriguing.

But like in the two previous films, while there is some tension brewing constantly, the tale of this film does not move forward. This is because, the film is the first part of a two-part finale that splits Veronica Roth's final book in half.

The narration takes off right from where "Insurgent" left. After fighting for freedom and discovering various layers of conspiracy within the community, Tris and her band of followers defeat Jeanine Mathews, the leader of the Erudite. They then install the leader of the insurgency, Evelyn (Naomi Watts), Four's mother.

But all is not hunky-dory. While Evelyn dictates a factionless state, Johanna (Octavia Spencer), the leader of Allegiant becomes her formidable foe.

Unhappy with what is happening within the dystopian, gated community, Tris is curious about life beyond the walled city. So, along with her brother Caleb (Ansel Elgort) and her friends; Tobias (Theo James) aka Four, Christina (Zoe Kravitz), Peter (Miles Teller), Tori (Maggie Q) they escape to the land beyond only to return disillusioned and yet more passionate about humanity and their homeland.

There are chases, soliloquies about individuality, and yet another plan to gas an unwitting population. The entire plot is predictable and hinges on a few futuristically-stylised and designed sequences that fail to create the required adrenaline rush. And, the motivations of the characters seem ambiguous.

On the performance front, the actors lack the pulse to make this film an energetic fiction. Shailene Woodley as Tris Prior and Theo James as Tobias, make a formidable pair, but here their chemistry seems jaded. Their performance is routine and perfunctory. So is Miles Teller, who as their ambitious, back-stabber buddy, offers nothing exceptional.

Naomi Watts as Tobias's mother and the leader of the Factionless group along with Octavia Spencer as Johanna, have their moments to shine.

Of the new additions to this edition, Nadia Hilker as Nita and Bill Skarsgard as Matthew, are a pleasant surprise. But it is Jeff Daniels playing David, the authoritative head of the Bureau of Genetic Welfare, who is a big disappointment. As an antagonist, he is laid back and unimpressive.

Despite the lack of a compelling narrative arc, the film keeps you hooked due to the robust direction and adroit lensing by cinematographer Florian Ballhaus.

With emphasis on strong design elements and fine quality visual effects, the film is dazzling to view. Alec Hammond's brilliant production designs which consist of contrasting landscapes, are a treat to watch.

Overall, there are wonders to be seen in this film and an impressive array of futuristic special effects, but it all feels like window dressing. This film will appeal to those who have seen "Divergent" and are cued into this dystopian society.