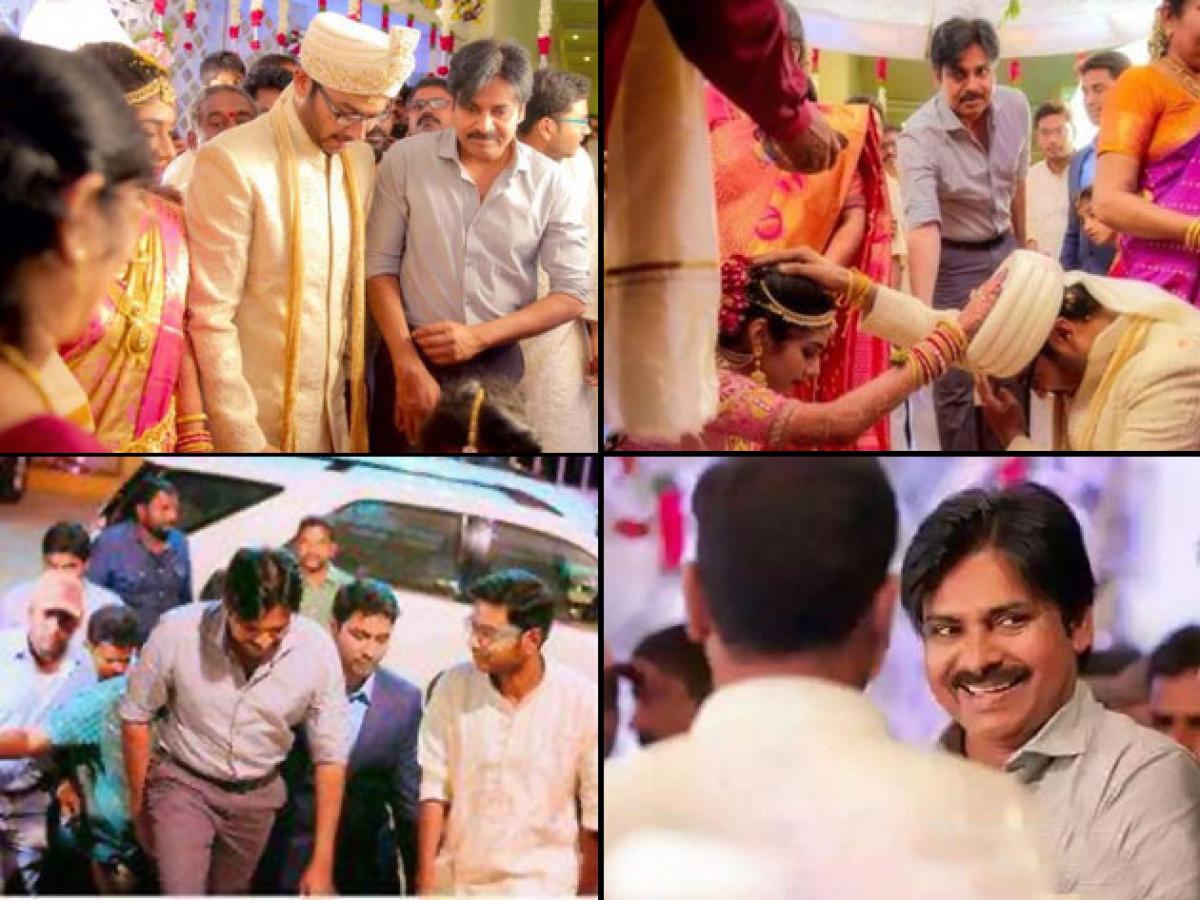 We all know that Power Star Pawan Kalyan skipped his brother and megastar Chiranjeevi daughter\'s marriage which was held on March 28 at megastar\'s farmhouse in Bangalore.

We all know that Power Star Pawan Kalyan skipped his brother and megastar Chiranjeevi daughter's marriage which was held on March 28 at megastar's farmhouse in Bangalore. Pawan also missed the grand reception that was held at Pak Hyatt in Hyderabad on March 30. The reception was attended by all the close friends of Chiranjeevi, industry bigwigs and politicians.

Pawan was in Switzerland to shoot two songs for his upcoming film Sardaar Gabbar Singh. However, the power star made his presence felt at the wedding of his personal costume designer Rajesh More on March 1 in Hyderabad. Rajesh More has been designing costumes for Pawan since he worked for Komaram Puli. With this, many wondered if the split in the mega family still continues.