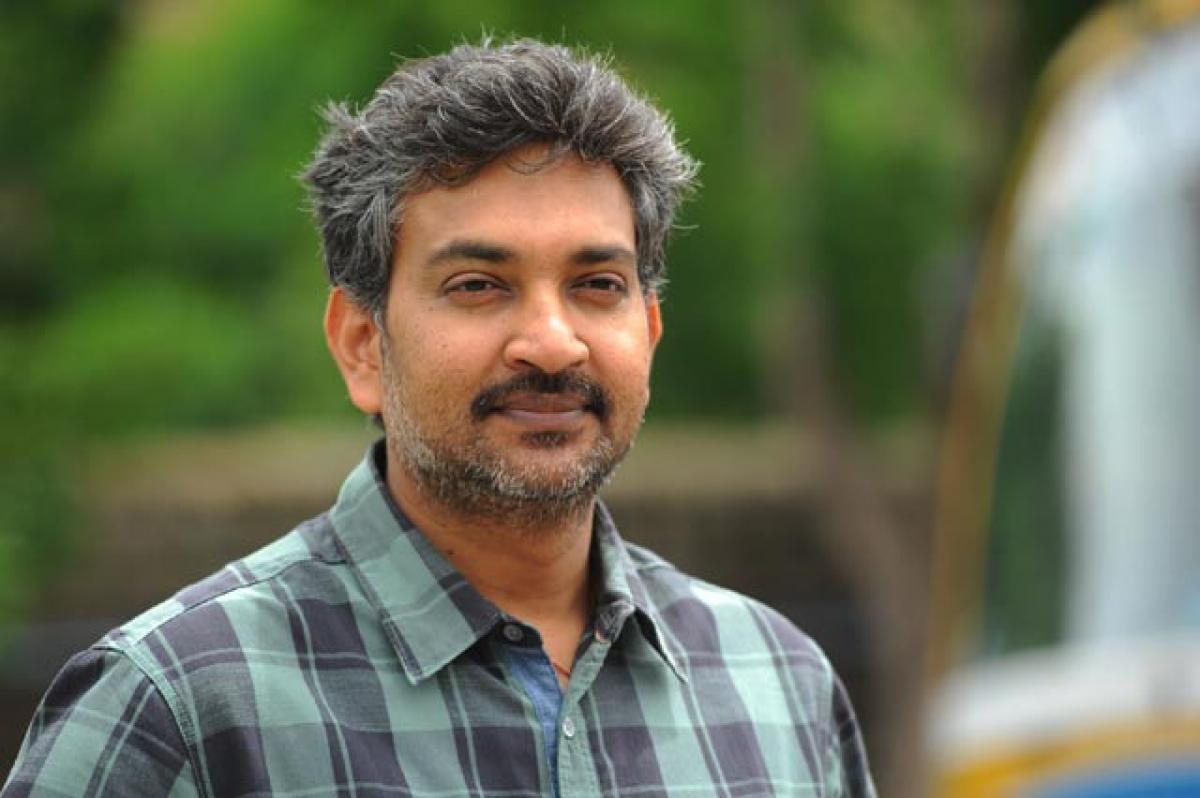 Hyderabad: Usually, T-town superstars hold top grosser record, but ace director Rajamouli has broken this myth with his Rs 200-crore hit ‘Baahubali’ and remains the undisputed T-town box office badshah since even most charismatic stars like Pawan Kalyan, Mahesh Babu and Junior NTR are unable to break his record.

“Rajamouli is not the king but emperor of T-town box office since even charismatic stars like Pawan, Mahesh and NTR who boast of loyal fan base, are unable to break his Rs 200-crore record,” says distributor Thimmappa, of Rayalaseema, who says Baahubali even conquered other States in India by garnering Rs 100 crore. “It will be a herculean task for a Telugu star to break it in near future” he adds.

Another distributor Bharat Bhushan of Visakhapatnam compares opening crowds pulled in by Pawan, Mahesh and NTR to pinch-hitters. “Rajamouli with his creativity is more consistent like Sachin or Virat but these lineage stars are like Virender Sehwag, who open with a bang but fizzle out like after few overs,” he adds. Distributor T Subramaniam of Telangana, says, “Rajamouli made stars out of a heroes.

He gave biggest hits in the careers of Ram Charan, Ravi Teja, NTR and Prabhas and could sway audience with an animated housefly in Eega. He made other language filmmakers to sit up and take notice and raised the bar of Telugu cinema” he adds.

Earlier, we had few directors like K Raghavendra Rao and Dasari Narayana Rao who could pull in crowds on the strength of their names but Rajamouli is unmatched. “Rajamouli and his team have made us proud by bagging national award for best film for the first time, so he is creative genius as well as a crowd-puller, a rare combination indeed,” sums up distributor Ramakrishna.