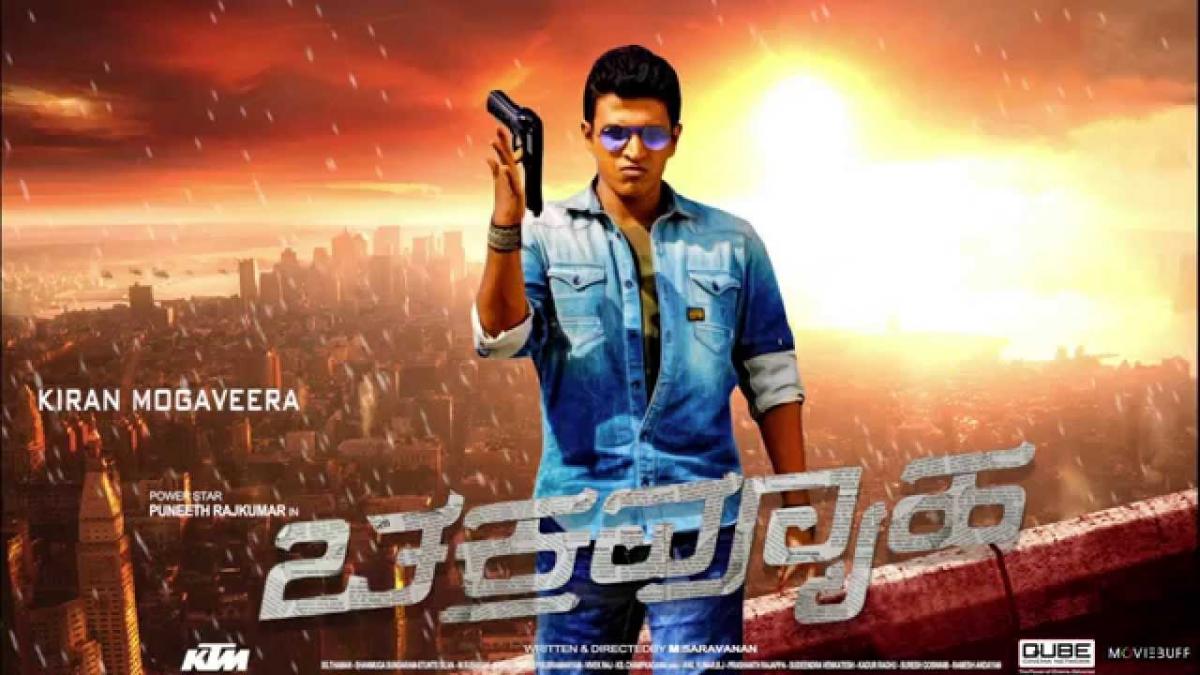 Power star Puneeth RajKumar\'s Chakravyuha is the remake of Tamil “Ivan Veramathiri\" and has been directed by debut director M Saravanan.

Power star Puneeth RajKumar's Chakravyuha is the remake of Tamil “Ivan Veramathiri" and has been directed by debut director M Saravanan. Rachita Ram features in the lead role opposite Power star in Chakravyuha. The on-screen chemistry of this fresh pair is receiving a thumbs up from the audience.

Puneeth RajKumar's Chakravyuha has been garnering a positive response from the audience. Sources inform that most of the theaters in South India regions are occupied with Chakravyuha that has been collected a whopping amount of Rs. 4.50 Crores on the first day.