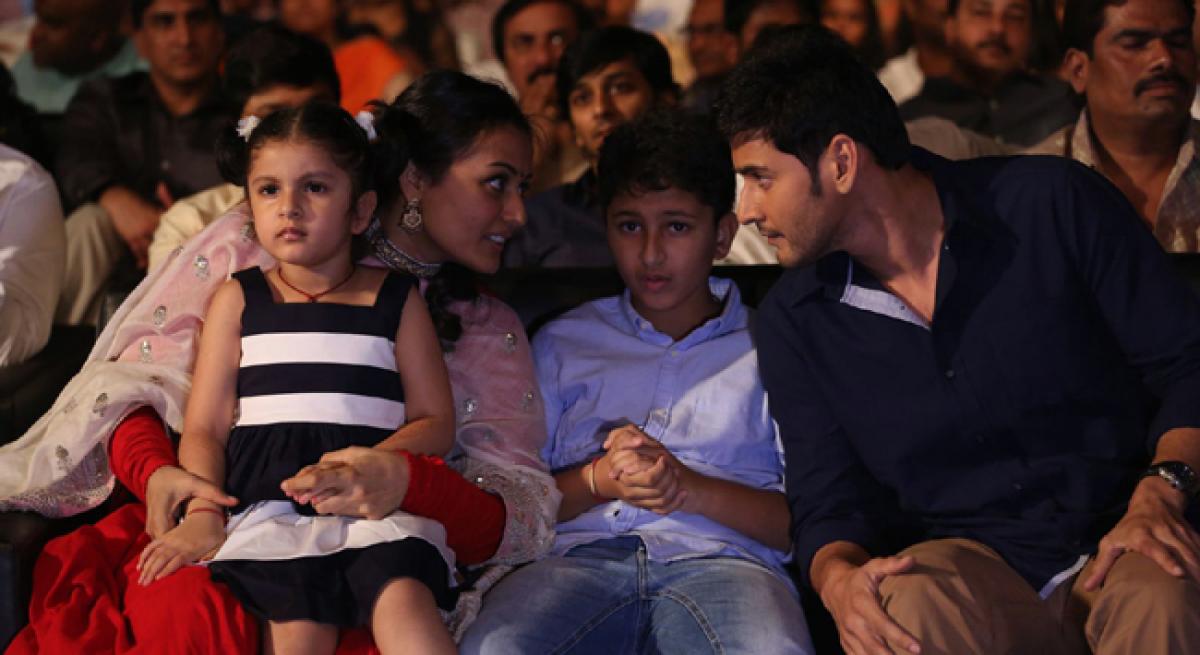 The makers of Mahesh Babu’s much awaited Brahmotsavam released the audio of the film recently. While it-'s common for heroines and the hero of the...

The makers of Mahesh Babu’s much awaited Brahmotsavam released the audio of the film recently. While it's common for heroines and the hero of the film to make heads turn at such film functions, this audio launch event was different.

We have seen Mahesh’s son Gautam at audio launch functions earlier. This time for the first time, his daughter Sitara made her debut in a film event only to become the cynosure of all eyes.

We hear that Sitara gave tough competition to all the three leading ladies in her father's film who were present at the event. It was Sitara and not Pranitha, Samantha or Kajal who were the centre of attention at the event. All we can say is as father so is the daughter. What say?