Baahubali is an example of how there's no glory without guts: SRK 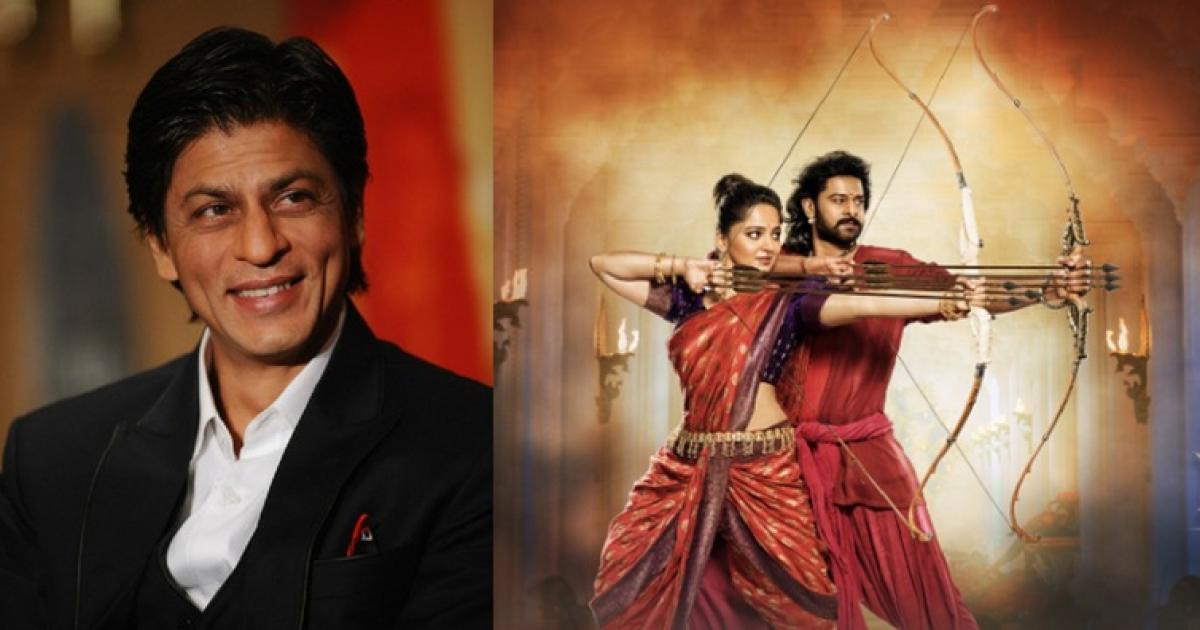 Superstar Shah Rukh Khan, who has always stressed on the importance of technology in taking Indian cinema to greater heights, says the success of a movie like \"Baahubali\" is an example of how there\'s no glory without guts.

New Delhi: Superstar Shah Rukh Khan, who has always stressed on the importance of technology in taking Indian cinema to greater heights, says the success of a movie like "Baahubali" is an example of how there's no glory without guts.

The actor, who has produced films under the Red Chillies Entertainments banner, is yet to see "Baahubali 2: The Conclusion", which has taken the Indian box office by storm.

"I saw 'Baahubali' part one. Unfortunately, I have not seen part two yet. It's an extremely inspiring film and I think it holds true for part two as well.

"Not just the success with numbers but the vision, just the thought... No guts, no glory... and 'Baahubali' stands for that," Shah Rukh told IANS as part of an email interview done regarding the success of his TED Talk in Vancouver.

"Technology, of course, will always be a huge part of cinema. I believe that. I would never discount the fact that other kinds of films can also be made. They're fantastic and beautiful... Before technology came in, we still made wonderful films.

"But if you want to create that big cinema and that big dream to sell to a big number of people, you have to have guts to take that storytelling on and say it in the biggest, nicest, boldest way possible. 'Baahubali stands for that," added the 51-year-old.

He even pointed out the need for such a vision.

"It's not just the success of 'Baahubali', but the fact that there was someone making 'Baahubali' part one. Mr S.S. Rajamouli is always inspirational... Whichever film he'll make. And there are some other directors, producers also who do that.

"It's heartening and encourages every filmmaker. Me too," Shah Rukh said.

"Baahubali 2: The Conclusion" has become the highest grossing Indian film, and its reception has been stupendous in international markets as well, leading it to enter the Rs 1000 crore mark worldwide.