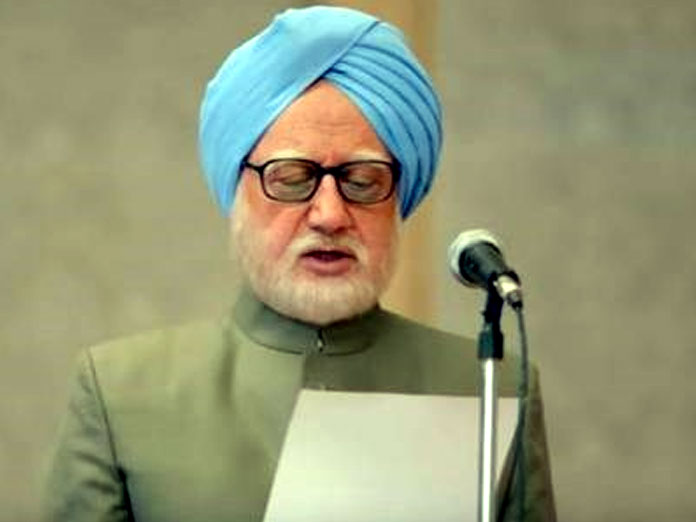 The Accidental Prime Minister screening and show were disrupted in Kolkata and certain other parts of the country yesterday and now veteran actor Anupam Kher has a special message to authorities and people crying outrage toward Freedom of Expression.

Anupam Kher took to his social media profile and shared a video message. He captioned it, “An appeal to the authorities to stop a section of people who are indulging in acts of violence & hooliganism during the screening of our film TheAccidentalPrimeMinister. Also a call out to other section of people who believe in selective outrage towards #FreedomOfExpression”

In the video, Anupam Kher is seen saying, “

Dear friends, yesterday in Kolkata and certain other parts of the country, some special kind of people came to the special screening of our film, The Accidental Prime Minister, and they tore the screen, they threaten and intimidated the people in auditorium and forced them to leave the auditorium, I am really upset about it”

He said, “I especially urge and request the Government and police department that they stop such hooliganism and never let it happen. And I have a message for people who are scared in this country, who keep crying about freedom of expression, please raise your voices on this issue as well, because it is also really important. Thank you”

The Accidental Prime Minister is a directed by Vijay Ratnakar Gutte and written by Mayank Tewari, based on the 2014 memoir of the same name by Sanjaya Baru.

It stars Anupam Kher as Manmohan Singh, the economist and politician who served as the Prime Minister of India from 2004 to 2014 under the United Progressive Alliance.