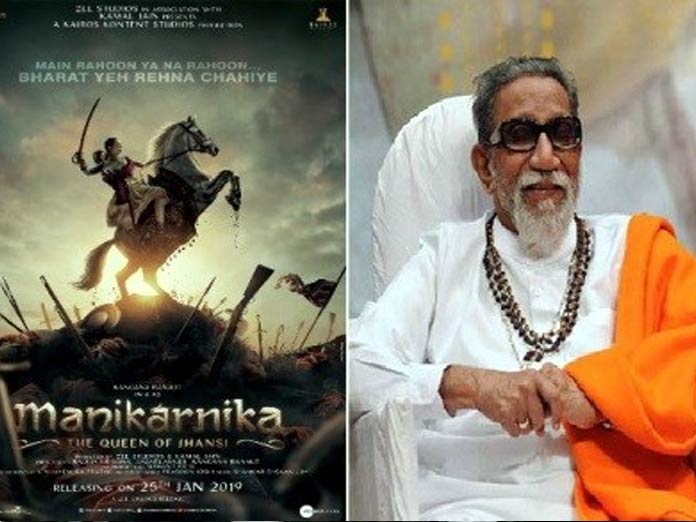 Kangana Ranaut starring Manikarnika is slated to release this Friday and maker unveils a new poster and heartfelt message for Bala Sahab Thackeray on his Birth Anniversary.

The official Handle of Zee Studios just dropped a video message from Kangana Ranaut in the wake of Bala Sahab Thackeray’s Birth Anniversary.

In the video, Kangana is seen saying, “On Birthday Anniversary of Leading National leader Bala Sahab Thackeray, I salute him and fondly remember him. India will always remember Patriot Bala Sahab Thackeray” The makers also shared a new poster on social media. They captioned it, “The legacy of the bravest warrior, queen and mother will live on...Watch #Manikarnika in cinemas this Friday! #KanganaRanaut @anky1912 @DirKrish @shariqpatel @KamalJain_TheKJ @prasoonjoshi_ @ShankarEhsanLoy @ZeeStudios_ @ZeeMusicCompany”

The film Manikarnika and Thackeray are set to battle it out at the box-office on this Friday. Both the films are based on noted historical figures.