Administrators out of reach in these mandals 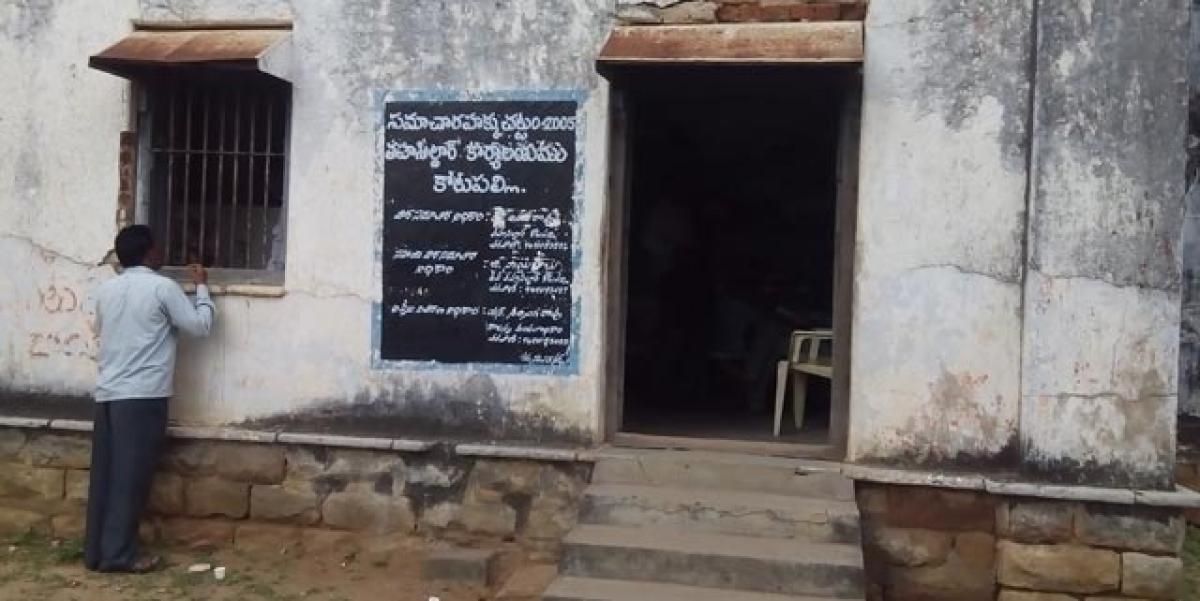 Despite the State government’s commitment to take the administration to the doorstep of people, tahsildar offices are not located in the mandal headquarters of Vemanpally and Kotapally.

The distance between Vemanpally and Chennur is 50 km and from Kotapally to Chennur, it is 35 km. People of Vemanpally and Kotapally need to go all the way to Chennur for official work. If the tahsildar or the official concerned is not available at Chennur, they are forced to visit the mandal office again to get the work done by incurring travelling charges and other expenses. It also consumes their precious time.

Speaking to The Hans India, Venkataswamy, a farmer of Vemanpally, said ``We are facing severe problems due to non-location of the tahsildar office in the mandal headquarters. Despite several representations to the government, no steps have been taken to construct the tahsilar office in our mandal.’’

Lakshman of Kotapally said ``The non-location of tahsildar office in the mandal headquarters is affecting implementation of development schemes, besides hindering revenue administration.’’As many as 17 mandal revenue offices in the district do not have own buildings. The district has a total of 52 mandals in five revenue divisions. One mandal in Adilabad division out of the total 10, does not have the own tahsildar office building. Out of the total 13 mandals in Nirmal division, only eight tahsildar offices have own buildings.

The construction work of MPDO office building at Boath is yet to begin despite the clearance of a proposal in this regard long ago. When contacted, Zilla Parishad Chief Executive Officer G Jitendar Reddy said construction of own buildings for all tahsildar offices in the district would be taken up soon as part of measures to strengthen the mandal administration.

The State government which proposed to carve out 17 new districts in the State, should focus on construction of own buildings for all the mandal offices to streamline the revenue administration, people said.