Telangana and its Brand Ambassador 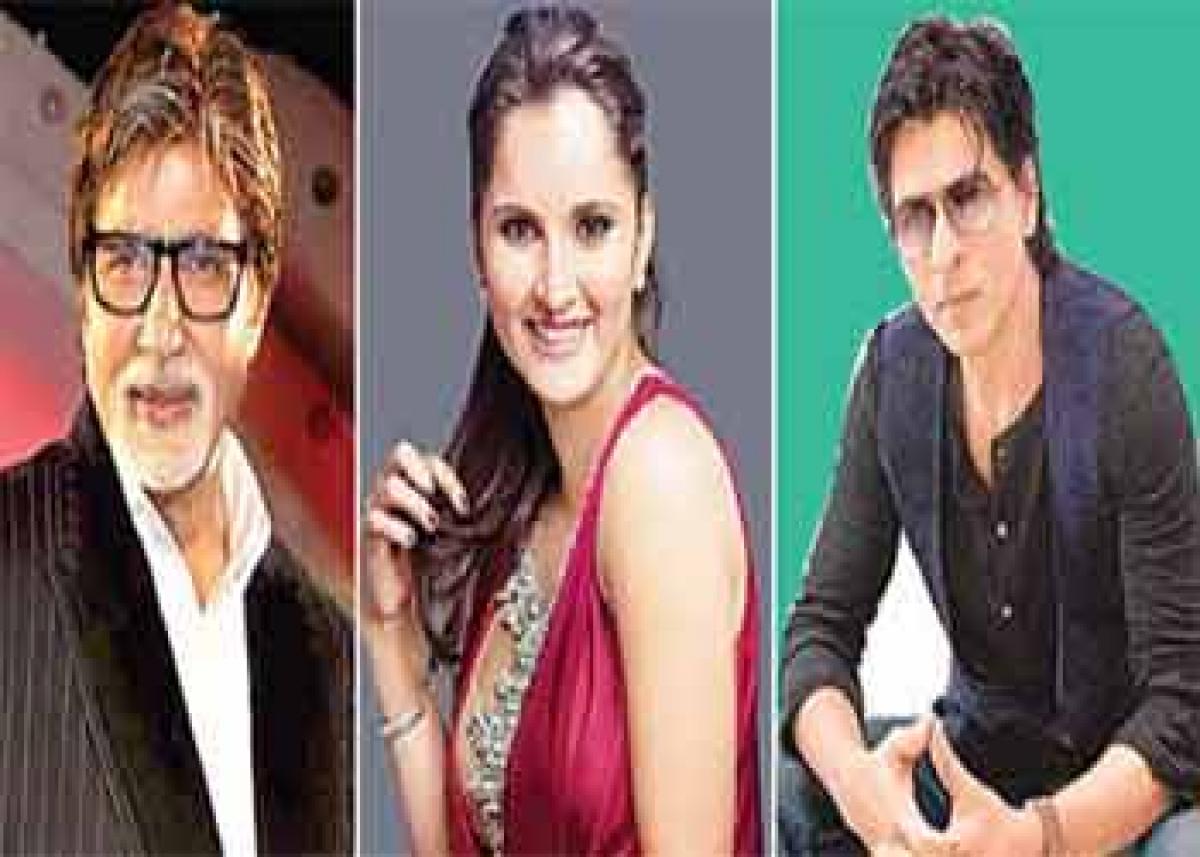 Does a state needa Brand Ambassador? What with Amitabh Bachchan (Gujarat) or Shahrukh Khan (West Bengal) do for their respective states. Even if the Brand Ambassador is needed should the state make such a heavy payment. The real brand value for the new state of Telangana would come from infrastructure, talented human resources, good governance, connectivity, better law and order, a proactive administration etc. Can the glamour of a sports star or the glitter of a film star beautify the image of a state? Nothing wrong if a government so promotes the state provided there is no financial cost involved in it TELANGANA AND ITS BRAND

The controversy over the appointment of tennis star Sania Mirza as the Brand Ambas- sador of Telangana is the result of internal polit- ical wrangling within Telangana. Thanks to the age of politics after television – a comment somewhere in the country can trigger off a national storm. This is precisely what has happened over Telangana BJP Leader Dr Lax- man’s remarks on the appointment of Sania Mirza.

However, this is not an off the cuff remark made by a vituperative leader. Dr Laxman is known to be a moderate and has no history of kicking up controversies. A seasoned politician like Dr Laxman would not have commented in the manner he did unless it is the opinion of the party . However, neither Laxman nor the state BJP might have understood the ramifications of such a comment.

The Telangana BJP also did not realise that the national media would pick it up and make it a point of national debate, putting the party’s all India leadership to embarrassment. Dr Laxman’s comment reflects the general un- derstanding of the BJP. The all India BJP pro- jected the foreign antecedents of Sonia Gandhi as the main political plank for years together.

Therefore, the foreign marital relationship is cer- tainly an issue for a party like BJP. But, the BJP, especially its all India leadership, distanced itself from Laxman’s comments only when they felt that the youth constituency which has voted for Modi is completely disenchanted with the posi- tion taken by the party in this regard. It is unfor- tunate that the party has disowned a leader like Laxman for echoing the general line of the party.

The belated explanation of the party is that they are not opposed to the appointment of Sania Mirza but were only drawing a parallel with the decision of K Chandrasekhar Rao calling all those who settled in Telangana after 1956 ineligible for fee reimbursement. Assuming that this explanation of the party is true, it is certainly a misplaced comparison. It is true that KCR has sparked off a needless row over the fee reimbursement (the author com- mented on this subject in the same column last week), any comparison with Sania Mirza’s ap- pointment sounds illogical and irrational.

When Amitabh Bachchan can be chosen by Narendra Modi to be the Brand Ambassador of Gujarat, what is wrong if K Chandrasekhar Rao chooses Sania who played and practised tennis in Hyder- abad. The BJP ‘s argument that Sania had no role in the struggle for statehood for Telangana is er- roneous if one looks at the Gujarat example itself which the party wants the nation to emulate on every other count.

Why did Modi prefer a Bolly- wood star instead of a veteran Gandhian like Anna Hazare as this state is the home land of Gandhiji? Modi would have at least preferred someone who has portrayed Gandhi’s role on the celluloid. Similarly, Shahrukh Khan was the Brand Ambassador of West Bengal. Compared to these two legendary film stars, Sania has more proximity and affinity with Telangana. The state BJP contends that Sania was chosen as part of KCR’s minority appeasement policy. Even if it is true, BJP’s opposition to it is also part of its aversion to minorities.

The fact is that BJP wants to occupy the oppo- sition space in Telangana . It sees an opportunity in the new state. The Congress is a divide house. The Congress would wait till the election season to get revitalised. The TDP is in a state of com- plete confusion. The party is increasingly getting cornered as the two Telugu states are locked in mutually conflicting positions on many an issue. The Telangana TDP leadership is in total disarray.

Given this kind of political vacuum in the oppo- sition camp, the BJP is planning to grab an op- portunity. Precisely this is the strategy behind raising a banner off protest against KCR. But, the Sania episode boomeranged for the party state leadership. However this debate misses the moot point. Does a state need a Brand Ambassador? What did Amitabh Bachchan or Sharukh Khan do for their respective states? Even if the Brand Am- bassador is needed should the state make such a heavy payment. One should have pride in repre- senting one’s home state or city or the nation.

A state is not a commercial brand. Promoting a state need not and should not be a commercial exercise. A proud son or a daughter should not be super salesman or a model who promotes a brand. The real brand value for the new state of Telangana would come from infrastructure, tal- ented human resources, good governance, con- nectivity, better law and order, a proactive ad- ministration etc. Can the glamour of a sports star or the glitter of a film star beautify the image of a state? Noth- ing wrong if a government so promotes the state provided there is no financial cost involved in it.