What next for Modi 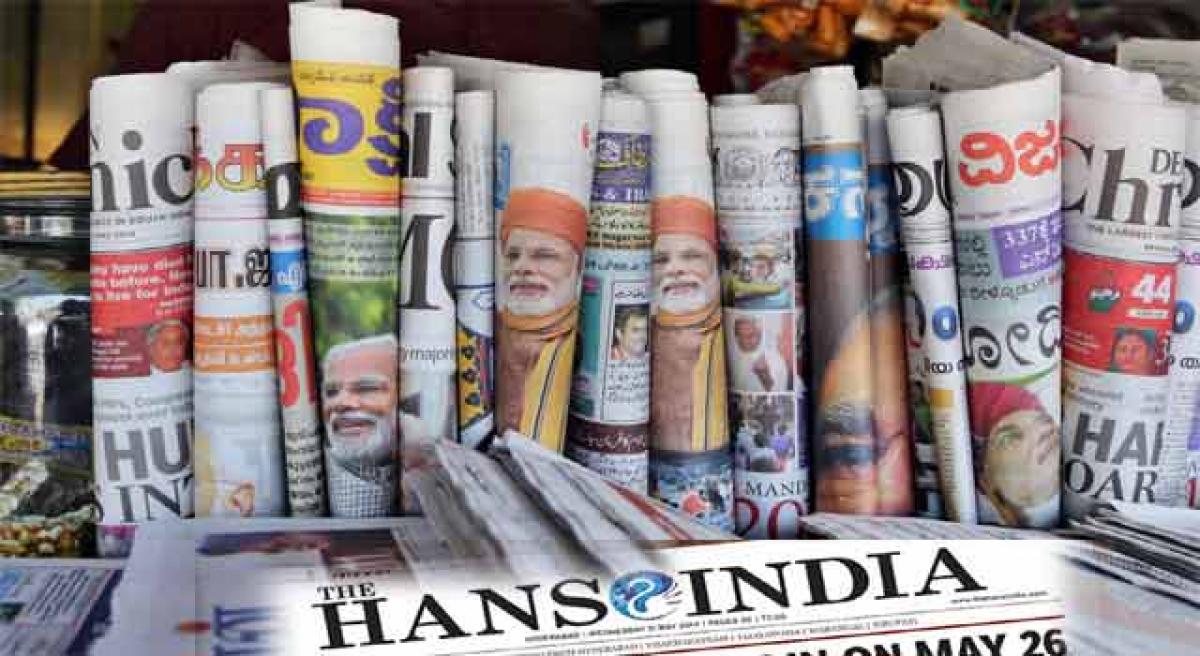 Newspapers across India are consuming tonnes of newsprint and television channels burning hours of space analysing the track record of Prime Minister Narendra Modi-led NDA government at the Centre as it completes two years in office. The assessment is mainly subjective depending on which side of the ideological fence one stands.

Newspapers across India are consuming tonnes of newsprint and television channels burning hours of space analysing the track record of Prime Minister Narendra Modi-led NDA government at the Centre as it completes two years in office. The assessment is mainly subjective depending on which side of the ideological fence one stands.

But, the nation would benefit more from analysing what should be the priority for Modi in the next three years. A mere political slugfest has no relevance for the people. The macroeconomic indicators certainly reveal Modi momentum. In the fiscal year ended March 31, India’s gross domestic product rose 7.6%.

That’s up from 6.6% in the last full fiscal year Congress was in power. Inflation is almost half of what it was at a couple of years ago. India’s budget deficit has shrunk to 3.9% of GDP from 4.4%. Foreign-direct investment and foreign exchange reserves have reached new peaks, according to an analysis by The Wall Street Journal.

The fiscal deficit and the Current Account Deficit (CAD) that questioned Manmohananomics were successfully reigned in. But, the skeptics remind us that the low oil prices have significantly benefitted Modinomics. Revision of GDP methodology certainly makes growth comparison difficult. But the reality is India could tide over the twin-deficit syndrome. India‘s growth is bullish despite not so encouraging global trends.

The aspirational India rallied behind this charismatic leader. India that enjoys the demographic dividend expects Modi government to deliver more on jobs. The manufacturing sector continues to be sluggish. Domestic demand is sullen. Exports are on the decline. Thus meeting the target of creating two crore jobs a year remains a gigantic task. Modi government has to grapple with it.

Under the Modi regime, India could attract more Foreign Direct Investment (FDI) than China. But bulk of the FDI is going into the services sector where employment elasticity is relatively less. Unless the manufacturing sector is lifted, the growth does not deliver jobs for the average Indian. The ambitious ‘Make in India’ initiative is a right move at the right moment. But land and labour irritants continue to hinder the implementation of this made in Modi regime programme.

The corporate profitability and consumer spending continues to be slackening. The Assocham states that private investment has been quite slow and job creation has remained low in a situation of stymied industrial growth. The mounting menace of Non Performing Assets (NPAs) poses a serious challenge to Indian financial sector that could earlier withstand even the onset of global recession to a reasonable extent.

The government should focus more on demand generation to break the cycle of jobless growth, low consumer spending, sluggish industrial performance and lull in corporate profits, all of which are intimately linked.

The World Development Indicators data of the World Bank shows that only one in three people in the 15-24 years were employed in India in 2014. That is a 13 percentage point drop from the 45% employment rate in 1991.Any trajectory of economic reforms that Modi government likes to pursue should therefore concentrate on three things Jobs. Jobs. Jobs alone.