Sorry Mary, you can do better 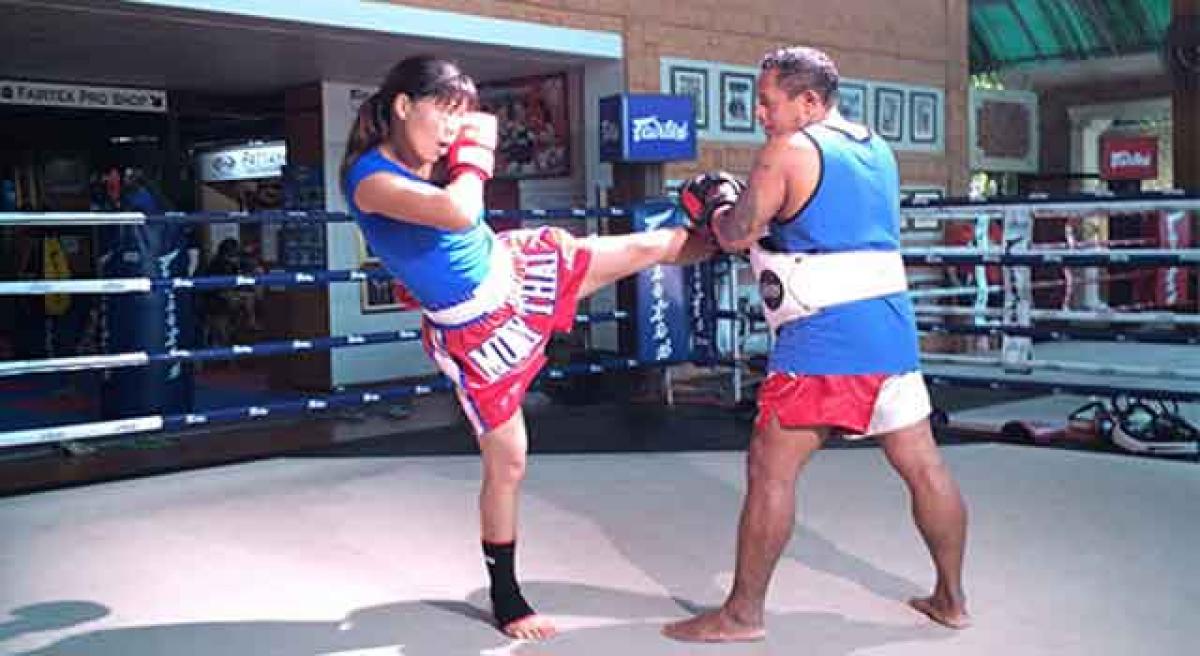 Boxing in India is almost dead’. Brave words they are but ones that may be dismissed off lightly if uttered by the man on the street. If such a spine-chilling diatribe comes from someone of the extraordinary calibre of M C Mary Kom then it is time for one to sit back, take stock and see the issue with a realistic perspective.

Boxing in India is almost dead’. Brave words they are but ones that may be dismissed off lightly if uttered by the man on the street. If such a spine-chilling diatribe comes from someone of the extraordinary calibre of M C Mary Kom then it is time for one to sit back, take stock and see the issue with a realistic perspective.

An immediate fall-out is the obnoxiously dastardly manner boxing has been functioning in the country. Fingers can be pointed out at the self-styled boxing promoters in the country, who give a damn to improving the standards and promoting talent.

No major championship has been held in the country, not even at the domestic level from the time Indian Amateur Boxing Federation (IABF) and Boxing India (BI), both of which stand suspended, have been at loggerheads with each other.

To make matters worse, the ad-hoc panel that has been constituted by AIBA has been rubbing salt to the wounds that has resulted in only one Indian, Shiva Thapa making it to Rio in the 56 kg category in the original lot with Vikas Krishan (75 kg) and Manoj Kumar (64 kg) coming through the qualifiers only on Saturday.

However, a more pragmatic look shows that no female has made the cut, although they did take part in the qualifiers. Given that at least three men are on their way to Rio, is the five-time world champion justified in her criticism of the national body or the absence of a well-endowed professionally-run unit?

Somehow, one gets a feeling that it is a case of sour-grapes, all her outstanding achievements in the ring, notwithstanding. Boxing is perhaps not being run in the manner it ought to be but blaming the lack of opportunities is a tad too harsh if that comes from one of India’s iconic ambassadors.

Like others in contention, even she participated in two qualifying events, and failed miserably. Her World Championship outing was a disaster. To give the devil its due, respecting her status, the Indian Olympic Association (IOA) and the ad-hoc committee went out of their way to seek a wildcard for the London Olympic bronze medallist.

One cannot blame the Indian authorities because the plea was rejected at the highest level-the International Olympic Committee, who could have been flooded with several requests from across the globe.

In fact, one should feel sorry for two-time Olympic medallist Sushil Kumar because the national wrestling body stuck to its guns and cleared only Narsingh Yadav, who had qualified and refused to oblige Kumar’s demand for a re-trial.

If talent is within, then making a mark comes but naturally as demonstrated by the country’s professional pugilist, Vijender Singh. Would Mary Kom have stated that boxing was dying in the country if she was on the Rio bus? Rather than cut a sorry figure,

Mary Kom should take the ups and downs as would any seasoned campaigner and accept the ground realities. That would do a world of good to the image she enjoys in the eyes of millions of people.