OIC can no longer disregard India 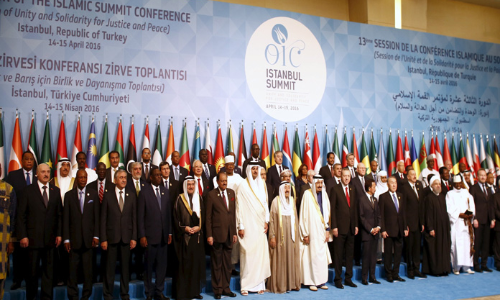 What a turnaround it is for the Organisation of Islamic Countries (OIC) which has disinvited India from its inaugural summit in 1969 at the behest of Pakistan to the just-concluded session now wherein it invited Sushma Swaraj to deliver the inaugural address. This goes to prove that the OIC cannot any longer disregard India which has the third largest Muslim population in the world.

Moreover, the OIC which has consistently toed the Pakistani line on Kashmir, for the first time, heard in full India's fight against terrorism being sponsored from across the borders. As Sushma Swaraj rightly put it at the meeting, India is a fountain of knowledge, a beacon of peace and a source of faiths and traditions and home to religions from the world and now one of the major economies of the world.

Terrorism and extremism bear different names and labels and they keep changing too. Diverse causes are used by it. But as everyone is aware that it always distorts religion and tries to strengthen itself on a misguided belief in its power to succeed. It was a diplomatic win for India over Pakistan which pulled out of the inaugural session citing Indian presence after a protest.

It was Pakistan's joint Parliament which passed the resolution to pull out of the summit. The Charter of the OIC was signed 50 year ago with the intention of boosting Islamic solidarity and supporting the Palestinian struggle in particular. The collective voice of the Muslim world, the OIC, is here to safeguard and protect the interests of the Muslim world. With 57 members, it is the second largest international organisation outside the United Nations.

It was Bangladesh's official call to induct countries with large Muslim populations like India as observers to OIC, which has only Muslim majority countries as its members, that led to the process of inviting India. This was done at the 45th Council of Foreign Ministers of OIC at Dhaka.

It is good to see wisdom dawning on the OIC to include countries with large Muslim populations in it. After all, reforms won’t take place without an inclusive approach. In all, 185 millions of Muslims live in India while their number is just 10 million more in Pakistan and in Indonesia, 222 million. Lack of OIC membership has been preventing India from engaging more meaningfully with the organisation even though India has fairly robust relations with most member States. Several non-Muslim States have secured observers status.

The most recent of them is Russia, which came on board as an observer in 2005 with Putin declaring, opportunistically, that Russia was a Muslim power that desired to play a role among Muslim countries. However, there is always a problem with the OIC which recognises Kashmir as a disputed territory and seeks self-determination and resolution of Kashmir in accordance with the UN resolution. It is all part of a global strategy for India and it has fairly succeeded now in preventing Pakistan from blocking its attendance. The fact of the matter is that the OIC has chosen to embrace India ignoring Pakistan's reservations. Period.