Heavy Rainfall, Floods Leave Assam Districts Devastated. Around 13 districts of Assam have been affected by floods due to heavy rainfall on Thursday. 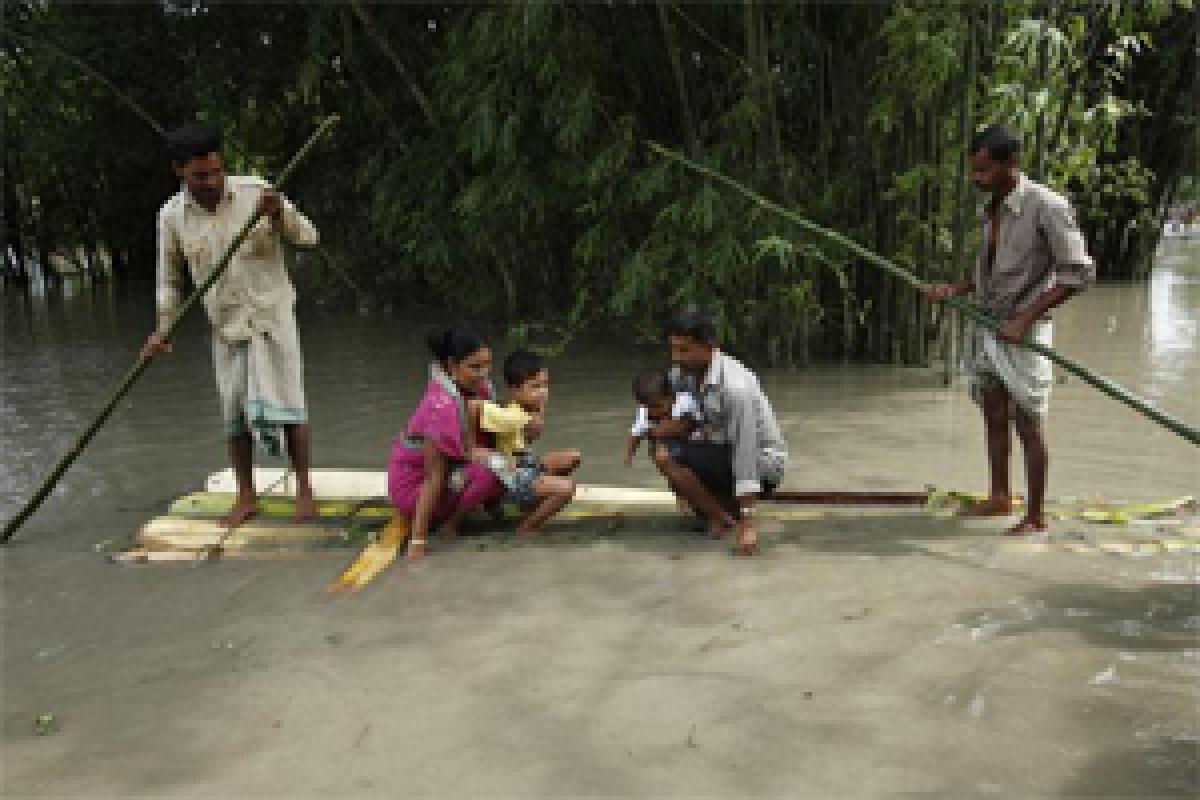 Chirang: Around 13 districts of Assam have been affected by floods due to heavy rainfall on Thursday.

People sought shelter in relief camps set by the government after several embankments in the district got inundated.

Sources said that nearly two lakh people in over 280 villages in the state have been affected by the floods. Besides, more than 12,600 hectares of crop area is also under water currently.

The Northeast Frontier Railways suspended train services in lower Assam after flood water inundated a stretch of the track at Bijni in Chirang district.