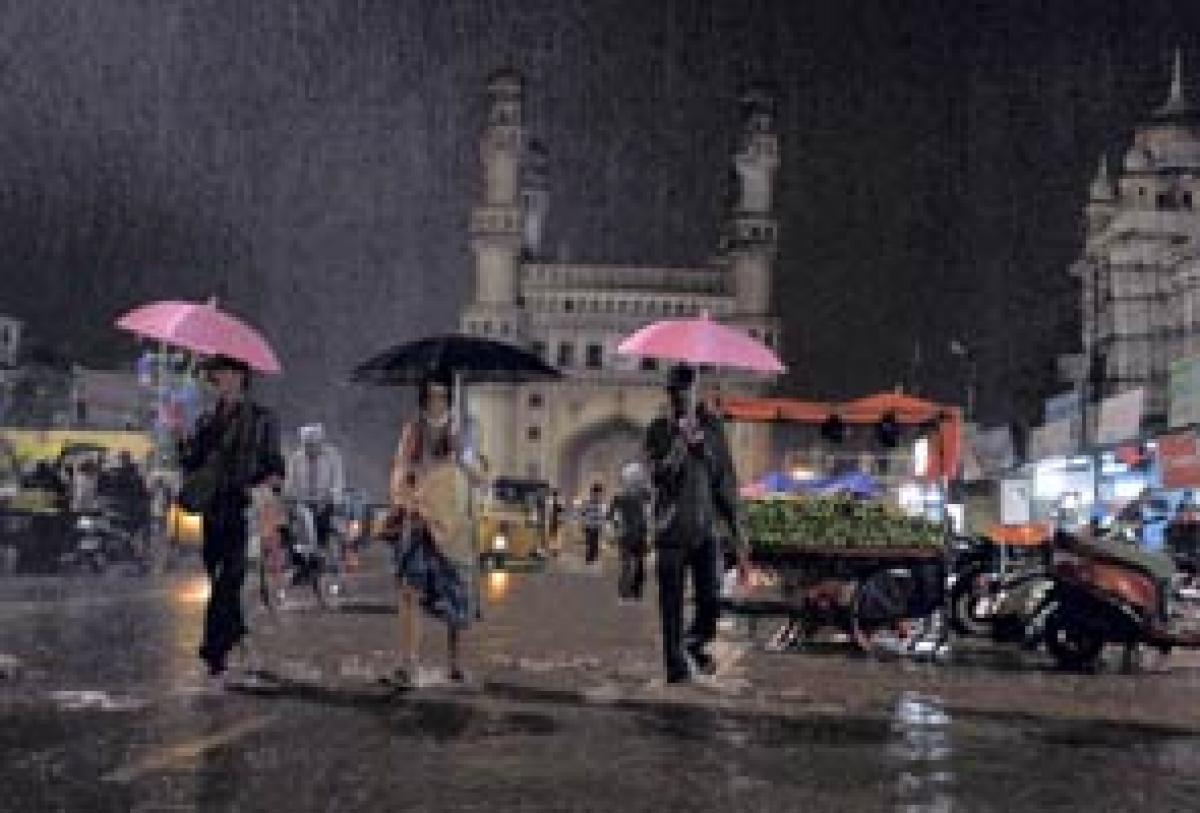 The Greater Hyderabad Municipal Corporation (GHMC) set up an emergency helpline to attend the calls of flooding.

Roads were inundated in areas like Secretariat, Khairatabad, Panjagutta, Ameerpet and Madhapur.

In Secunderabad, several trees were uprooted on Rashtrapati Nilayam-Lotugunta road.

GHMC commissioner Jarandhan Reddy held a tele-conference with officials to review the situation.

The rains and hails also wrecked havoc in other districts of Telangana, damaging crops. There was massive damage to mango trees in Nalgonda district.

A part of railway track near Valigonda in Nalgonda was damaged.

One person died when a hoarding fell on him in Tadepalli in Guntur district.

The rains, however, provided relief to people reeling under the heat wave in both the Telugu states. It considerably brought down the temperatures and made the weather pleasant.

In Telangana, where the heat wave has so far claimed 234 lives, the temperatures fell by three to four degrees.

The Met office has forecast more rains under the impact of upper air trough from Vidarbha to extreme South Peninsula across Telangana. It has also warned that thunderstorm will occur at a few places.