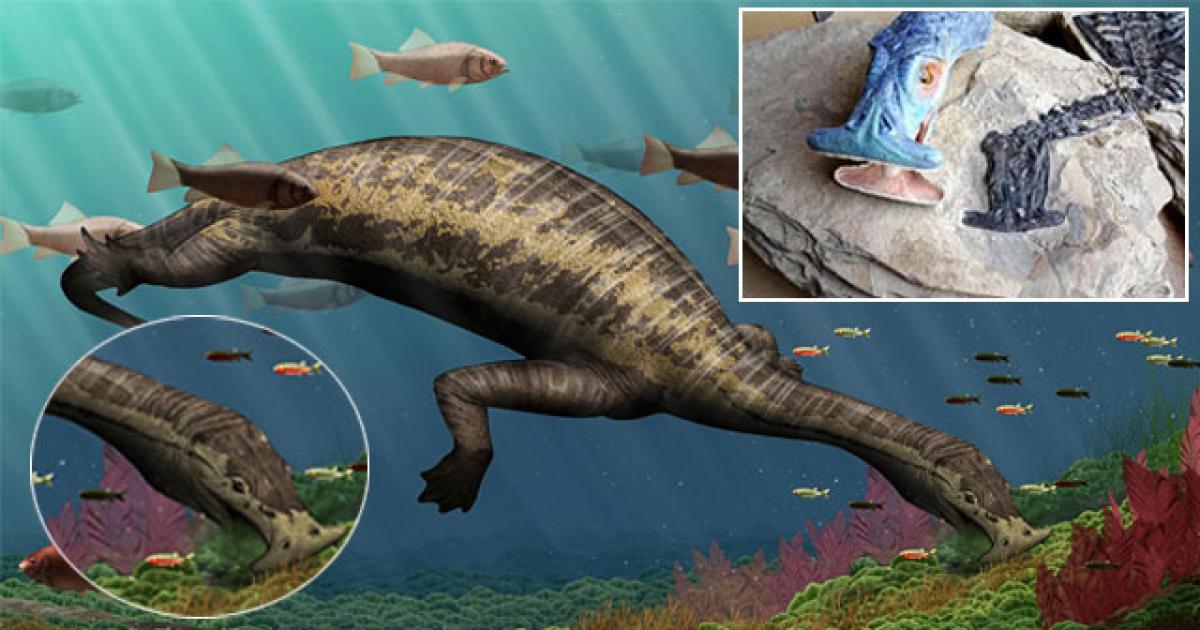 \"Hammerhead\" creature was the world\'s first plant-eating marine reptile, according to a recent study.

Washington D.C: "Hammerhead" creature was the world's first plant-eating marine reptile, according to a recent study.

In 2014, scientists discovered a bizarre fossil of a crocodile-sized sea-dwelling reptile that lived 242 million years ago in what today is southern China. Its head was poorly preserved, but it seemed to have a flamingo-like beak. But in this new paper, paleontologists reveal what was really going on.

That "beak" is actually part of a hammerhead-shaped jaw apparatus, which it used to feed on plants on the ocean floor. It's the earliest known example of an herbivorous marine reptile.

"It's a very strange animal," says co-author Olivier Rieppel, Rowe Family Curator of Evolutionary Biology at The Field Museum in Chicago. "It's got a hammerhead, which is unique, it's the first time we've seen a reptile like this

The reptile's name, Atopodentatus unicus, hints at its muddled past. It is Latin for "unique strangely toothed." But newly discovered fossils make it clearer how its "strange teeth" were actually configured. Its wide jaw was shaped like a hammerhead, and along the edge, it had peg-like teeth. Then, further into its mouth, it had bunches of needle-like teeth.

"To figure out how the jaw fit together and how the animal actually fed, we bought some children's clay, kind of like Play-Doh, and rebuilt it with toothpicks to represent the teeth," says Rieppel. "We looked at how the upper and lower jaw locked together, and that's how we proceeded and described it."

The study is published in Science Advances.