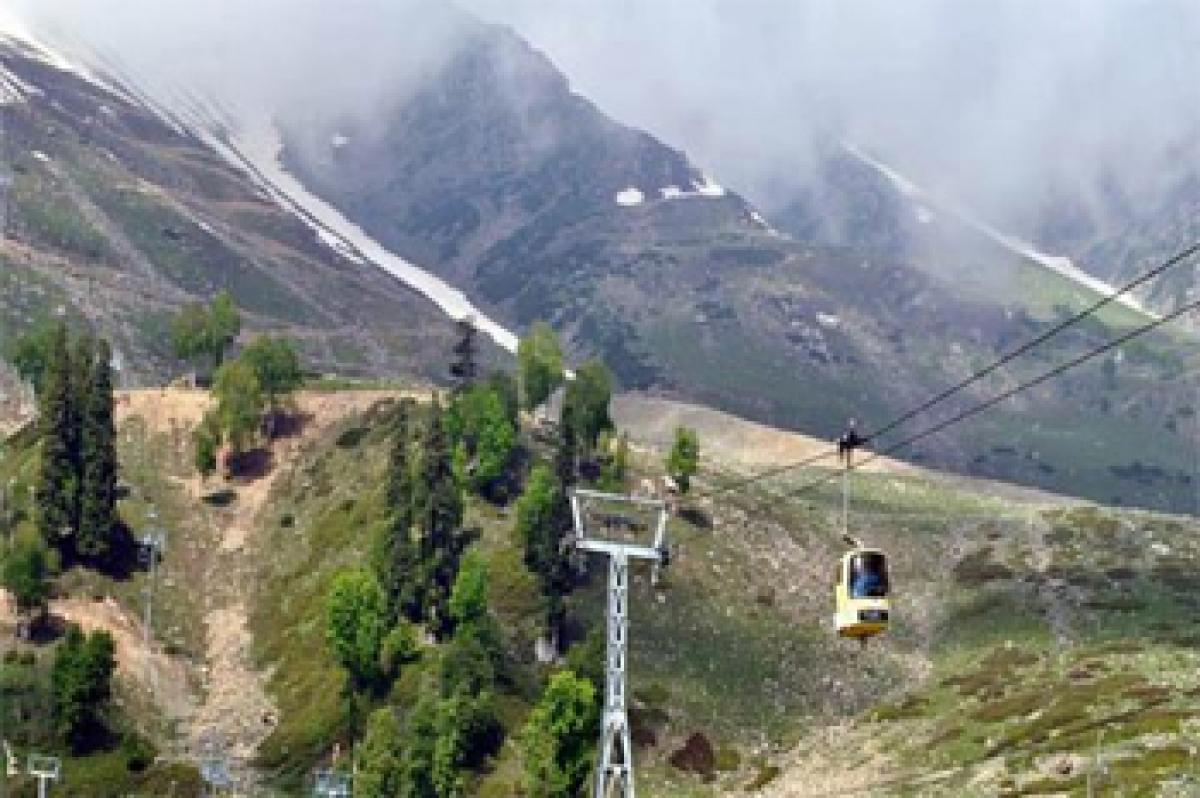 Bhaba Atomic Research Centre (BARC) is planning to construct staff quarters near one of its premier laboratories located in Gulmarg inviting bids for it, despite a court order banning construction activities in and around the ecologically fragile ski resort of Jammu and Kashmir.

Bhaba Atomic Research Centre (BARC) is planning to construct staff quarters near one of its premier laboratories located in Gulmarg inviting bids for it, despite a court order banning construction activities in and around the ecologically fragile ski resort of Jammu and Kashmir.

The top nuclear research centre early this week published an e-tender notice in a Srinagar-based daily inviting "techno-commercial and financial bids" for the "construction of staff quarters at HARL (High Altitude Research Laboratory) in Gulmarg".

However, this construction would be in violation of a Jammu and Kashmir High Court order of December 15, 2015.

The court had directed the state government to stop "forthwith" all the construction activities at Gulmarg, a tourist resort and popular winter sports destination, already under ecologicial threat from unregulated construction of hotels, shops and restaurants.

K. Srinivas, chief engineer, civil engineering division of the BARC, based at Trombay in Mumbai, said, in response to queries, that they planned no new construction at the resort but wanted to repair an existing structure.

"This work is mainly replacement of existing dilapidated quarters of staff working there," Srinivas told IANS.

Even if true, this also violates the court ban that also prohibits any renovation work of existing structure at Gulmarg.

The estimated cost for the construction is Rs.2.58 crore and interested contractors have been asked to submit an earnest money of Rs.5.16 lakh with their applications to be submitted by June 20.

The construction, according to the BARC advertisement, is to be completed within 24 months from the date when the work order is issued.

BARC officials in Srinagar admitted they had not approached the court or local authorities to seek permission for the proposed construction of quarters needed to house laboratory technicians.

"We are aware of the court ban. We are approaching (the court) through the proper channel. Eight housing quarters are needed for our technical staff," a top official told IANS, requesting not to be named.

The official said they were "still finalising the drawings for the housing complex" and the tendering process was done ahead of court permission "to save time".

"We will follow the court order whatever it will be," the official said.

The development of the ski resort is looked after by Gulmarg Development Authority (GDA) - the apex body that builds tourism infrastructure and is also responsible for maintaining ecological balance at the resort that nestles in the Pirpanjal range of the western Himalayas in the Kashmir Valley.

Despite several attempts to reach out and an email query to Chief Executive Officer of GDA, Nazir Mir, no response was available.

The December court order came in the wake of rampant construction activities at the ski resort, which is situated at an altitude of 2,650 metres and houses one of the highest golf courses in the world.

The mushrooming of hotels and other concrete structures has not only marred the scenic beauty but has also destroyed the predominantly natural settings of the resort.

The court, in its order, had also banned transporting of any “building material or constructional material” to Gulmarg.

The high court had taken cognizance of a probe conducted under its supervision. The probe report had alleged that the authorities at Gulmarg were committing “grave irregularities in allowing” hoteliers, guest house owners and shop owners to renovate and repair their structures.

The court came down heavily on the GDA and the police asking them how they were allowing truckloads of building materials, including cement bags, bricks and iron rods into Gulmarg without permission to build or renovate any structure.