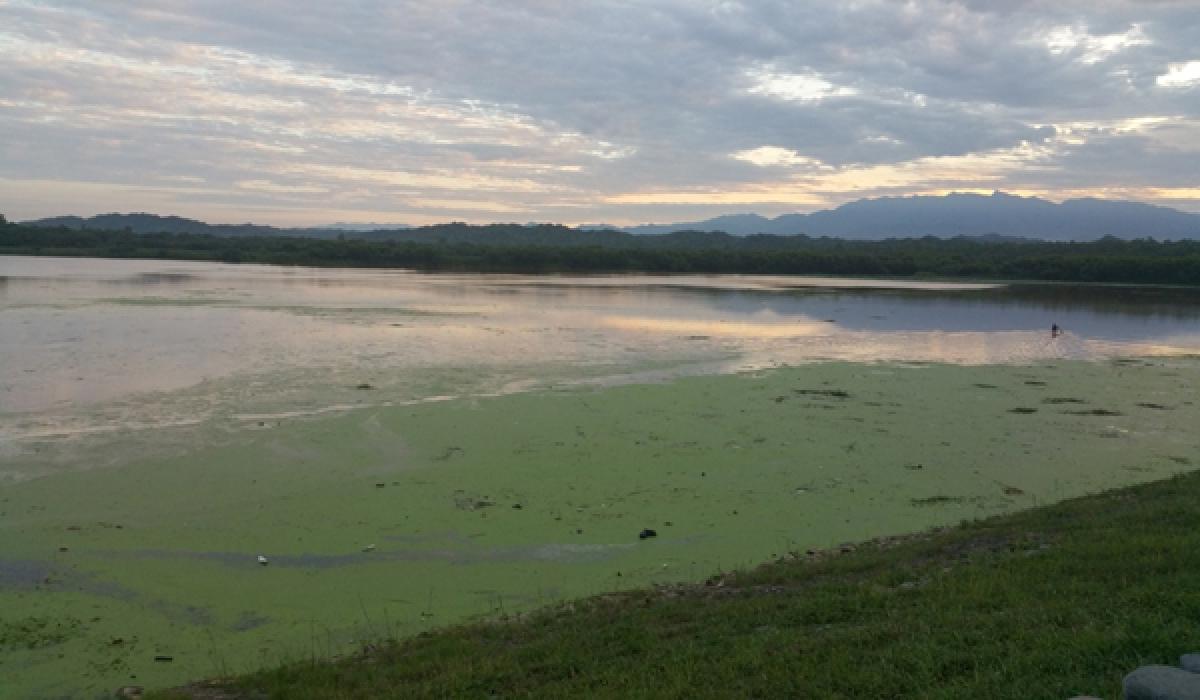 With weeds having spread over more than half of the man-made water body and the water level dropping drastically, the lake today is a far cry from its glorious past. The lake complex, which attracts hundreds of visitors, tourists, regular morning and evening walkers, fitness freaks and even lovelorn couples, presents a picture of neglect. It has already shrunk by nearly one-third of its original

Chandigarh:Chandigarh's famous landmark, the Sukhna Lake, is fighting for survival.

With weeds having spread over more than half of the man-made water body and the water level dropping drastically, the lake today is a far cry from its glorious past.

The lake complex, which attracts hundreds of visitors, tourists, regular morning and evening walkers, fitness freaks and even lovelorn couples, presents a picture of neglect. It has already shrunk by nearly one-third of its original size.

Even though this year's monsoon season is at its fag end, the lake is hardly close to its full capacity. Against a maximum water storage capacity of 1,167 feet (above mean sea level), the water level stands at only 1,154 feet. In the recent past, the water level fell to such an extent that the dry bed of the lake is visible in many parts.

Such is the state of affairs that the Punjab and Haryana High Court has now intervened and directed the Chandigarh administration to list immediate steps to save the lake that has the pictureseque Kasauli hills of the lower Himalayas as its backdrop.

Following an inspection of the lake and its catchment areas by two judges of the High Court, Justice A.K. Mittal and Justice Ramendra Jain, along with officers of the Chandigarh administration, lawyers and concerned citizens of the city earlier this month, the High Court, which is hearing public interest litigation (PIL) on the neglect of the lake, has directed the authorities to reach out to the people and seek suggestions to save the lake.

"In our opinion, it is considered appropriate that all the stakeholders and all the persons interested in the public interest litigation may submit their suggestions to the amicus curiae within three weeks from today and the amicus curiae is requested to compile the same within next two weeks thereafter," the court directed.

The suggestions have to be submitted to the amicus curiae, lawyer Tanu Bedi.

"Sukhna Lake is in a bad shape and the administration is hardly bothered. There is an urgent need to save this beautiful landmark of Chandigarh. Some permanent solution, taking help of experts from other countries and places, has to be found," regular morning walker, Sunil Parti, who has been coming here for over three decades, told IANS.

Sukhna Lake, next in popularity as a tourist spot only to the Rock Garden, was built in 1958 by constructing a three-km long dam on the Sukhna Choe (a seasonal rivulet). It was conceived as a place of relaxation, seclusion and sport by the city's founder-architect, Le Corbusier, and his team of planners.

Boating activity at the lake is very popular with over 100 paddle and rowing boats and some 'Shikaras' (traditional boats from Srinagar's famous Dal Lake) being booked by people daily for boating.

The lake faced unchecked silting for over three decades from its catchment area, reducing its water storage capacity by nearly half, before authorities woke up to the problem.

Efforts to de-silt the lake in the next two decades, starting in 1988, including voluntary service (Shramdaan), failed to bring any substantive results till heavy machinery was used in 2010-11 to remove the silt from the regulator end of the lake.

However, by the time the silt inflow was checked, over 70 acres of the lake's bed was lost permanently to silt. The lake today has a capacity of only over 500 hectare metres against the original capacity of over 1,074 hectare metres.

The lake was in the news in December 2014 when bird flu scare hit it. The scare started after nearly 30 geese and ducks died mysteriously in the first half of December. Out of the samples of the dead birds sent for examination, one sample tested positive for H5N1 virus or avian flu (also called bird flu).

The geese and ducks were culled by the authorities. The lake remained out of bounds for people for over a month.