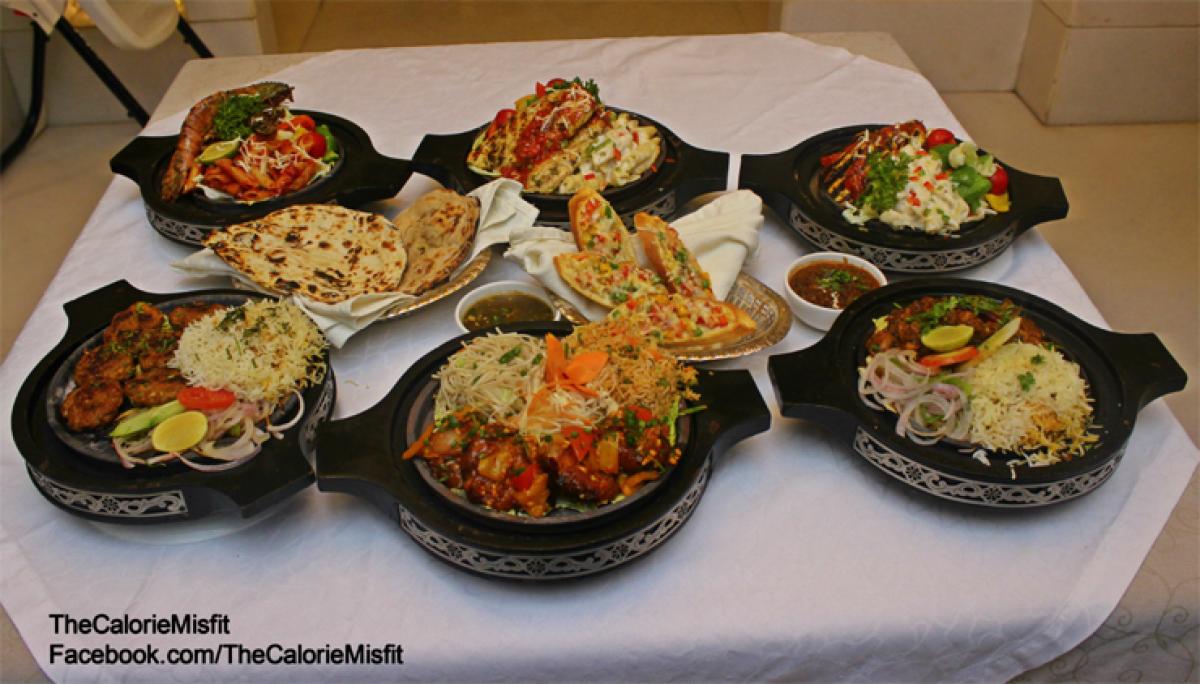 “When it drizzles, it sizzles” is what Golkonda Hotel has to say with its latest Sizzlers festival that is on from August 1stto 16th August. Was invited for the bloggers table last week where Rajesh Chatterjee – F&B Manager took us through their detailed menu.

“When it drizzles, it sizzles” is what Golkonda Hotel has to say with its latest Sizzlers festival that is on from August 1stto 16th August. Was invited for the bloggers table last week where Rajesh Chatterjee – F&B Manager took us through their detailed menu. Unlike the previous years, the festival featured an assortment of eight vegetarian sizzlers & eleven in the non-veg category.
All the sizzlers fall either in Oriental, Indian or Continental sections and the accompaniments varies for each of them as per the preferences. The Oriental comes with few exotic veggies served along with schezuan sauce and noodles, the Indian variant comes with biryani rice , breads & dal makhani while the continental one comes with exotic veggies, creamy pasta & bruschetta. 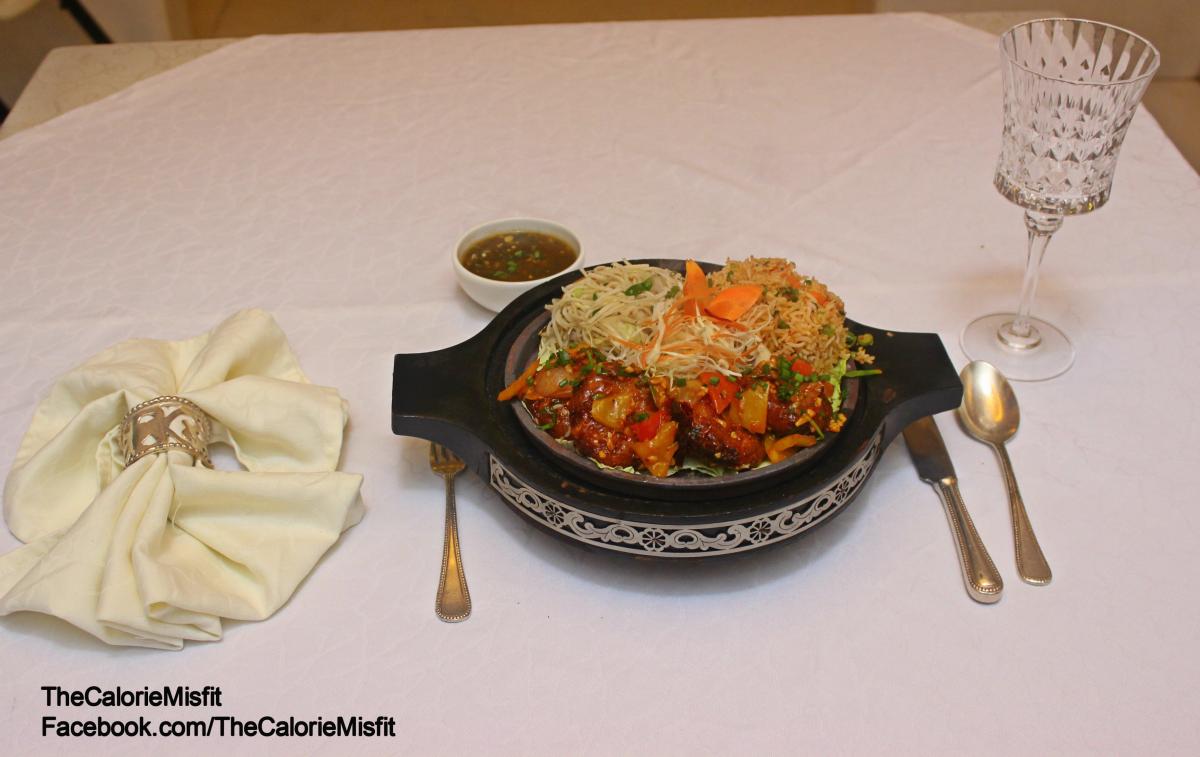 Started off with ‘PaneerTulsi Tikka’ which had chunks of smoky paneer flavored with basil which was pretty good, this was served with a portion of biryani rice, breads and dal makhani which were just about decent. Next on line was ‘Chapli Ghost’ which had patties of minced lamb in Indian spices. This was indeed the star of the evening wherein the lamb patties where robust in its flavors.
Loved it!
From the oriental section ‘Singapore Crispy corn cakes’ was the first one to be served, this comes with corn cakes topped with schezuan sauce & a portion of soft noodles, although I loved their sauces I just felt the corn was not very evident in their patties.
A little extra corn would have made it even better. Barbecue Chicken Drumsticks was the next to follow, chicken pieces simmered in tangy barbecue sauce was excellent and complimented the accompaniments served. Between ‘KasundiJheenga’ and ‘Paprika & Basil Basa Fillet’ I liked the KasundiJheenga more due to its strong mustard flavors while the ‘Paprika & Basil Basa Fillet’ had chunks of Basa flavored with paprika and basil and grilled to perfection, this was served with a creamy marinara sauce that was just about okay and so was the bruschetta.
The festival is on at Melange, their coffee shop until 16th August and is priced between Rs 375 to Rs 475. With its fusion take on sizzlers, the “Sizzle – Drizzle “promotion has something for everyone that for sure would appeal to people with diverse palate.
Pictures and review by Vishal Fernandes
Show Full Article
Email ArticlePrint Article
More On
Subscribe
Subscribed Failed...
Subscribed Successfully...