Of Hanami, sakura and Japanese cuisine in Delhi 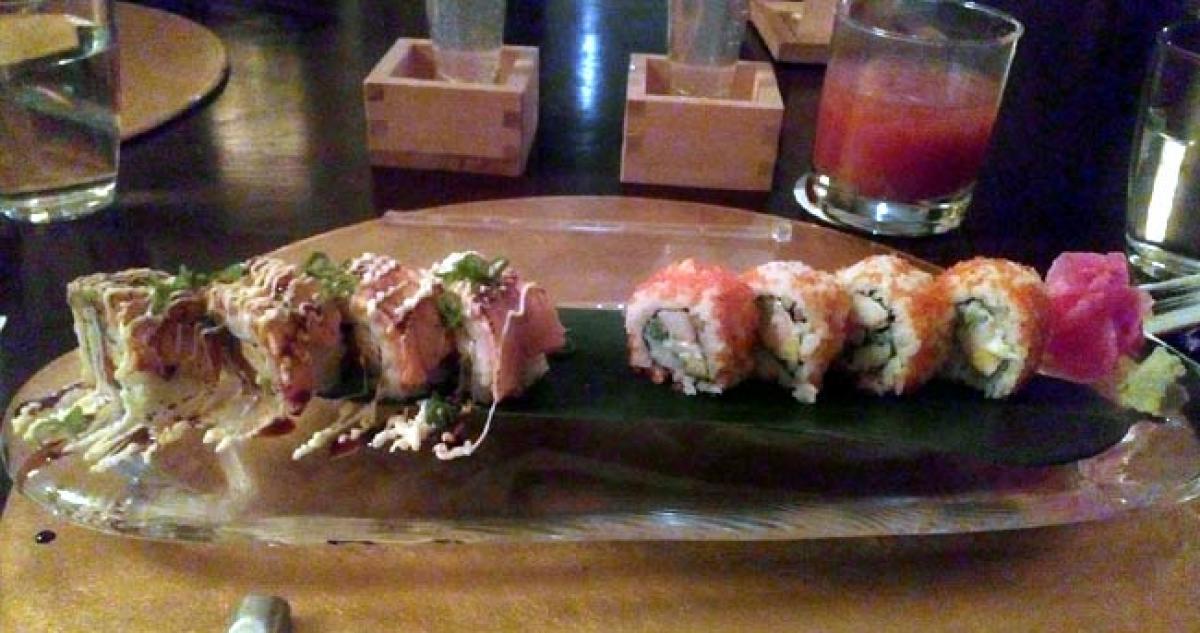 The authentic and uber- sophisticated En - The Japanese Restaurant, brings to the capital Japan`s traditional cherry-blossom flower festival, Hanami, with a special menu in celebration of the ancient custom.

New Delhi: The authentic and uber- sophisticated En - The Japanese Restaurant, brings to the capital Japan`s traditional cherry-blossom flower festival, Hanami, with a special menu in celebration of the ancient custom.

Hanami starts by the end of March to early May, when sakura - cherry blossom - bloom all over Japan.

The tradition is believed to have started around the Nara period (710-794). Inititially people admired the ume - plum - blossoms but by the Heian period (794-1185), sakura grabbed more attention and hanami was synonymous with sakura.

For the occasion, En has introduced a special menu which will be available until April 21.

The interiors of the restaurant which is located in an over 100-year-old heritage building opposite the majestic Qutab Minar, has been redecorated using cherry blossom flowers, sakura coloured round lanterns and the Japanese Ikebana flower arrangements.

The special menu is available both in the non-vegetarian and vegetarian variants priced at Rs. 1,600 and Rs. 1,400 plus taxes respectively.

To start off, we were served the sakura blossom mocktail, an aperitif. The fizzy drink that came in a shot glass sitting on a square-shaped wooden holder tasted very similar to the 7Up cold drink.

This was quickly followed by the temari (round) sushi with cherry blossom served with pickled vegetables. The pink-coloured sushi was a sight for sore eyes. It consisted only of the sticky sushi rice which was soaked in vinegar and sakura essence for 24 hours. Shaped into a ball, the taste was very bland, even the pickled vegetables or the tasty soy sauce couldn't do much.

After this, we were served the yakitori (skewers) in both non-vegetarian - chicken, and vegetarian - okra and mushroom. The chicken yakitori were to die for, juicy, melt-in-the-mouth soft, full of flavour. The mushroom was also flavourful but the okra was again really bland.

The next was the miso (fermented soy-bean paste) soup which actually acts as a palate cleanser and also helps in quick digestion. It came with pieces of fried tofu. It was full of flavour although a little on the acquired side, not recommended for all.

The next dishes that came in were definitely the stars of the whole evening. First up was the aburi (baked) salmon special roll and the California sushi roll, and the second was baked mackerel marinated in sweet miso sauce served with bok choy, steamed rice and pickled vegetables.

The baked salmon sushi roll was fresh giving out the very distinct flavour of the salmon without overpowering it. Japanese mayonnaise and soy sauce was drizzled on top. The California rolls -- filled with cucumber, crab meat and avocado -- felt it was served straight out of the sea. The outer layer of sticky rice was covered in tiny tobiko - flying fish row - pearls, which popped in the mouth.

The rolls were accompanied by wasabi, pickled ginger and soy sauce.

The second dish was again on the acquired side. The rice mixed with the bok choy along with a piece of the miso mackerel was very tasty, with the sweet sauce enhancing the flavour of all the ingredients.

This dish was very nice; it made you feel very royal.

We concluded the meal with sakura chiffon cake and green tea. The consistency of the cake was fluffy, light as a feather and although the sweetness was very less, it managed to hit the right notes.

The meal was definitely a taste trip and En claiming to serve authentic Japanese stood true to its claim.