BJP Sets 24-Hour Deadline to TDP on Sealing AP Alliance Deal. With talks between BJP and TDP being stuck over sharing of seats in Andhra Pradesh, senior party leader Venkaiah Naidu on Sunday indicated that BJP will contest upcoming polls on its own if the Chandrababu Naidu-led party fails to spell out its stand within 24 hours. 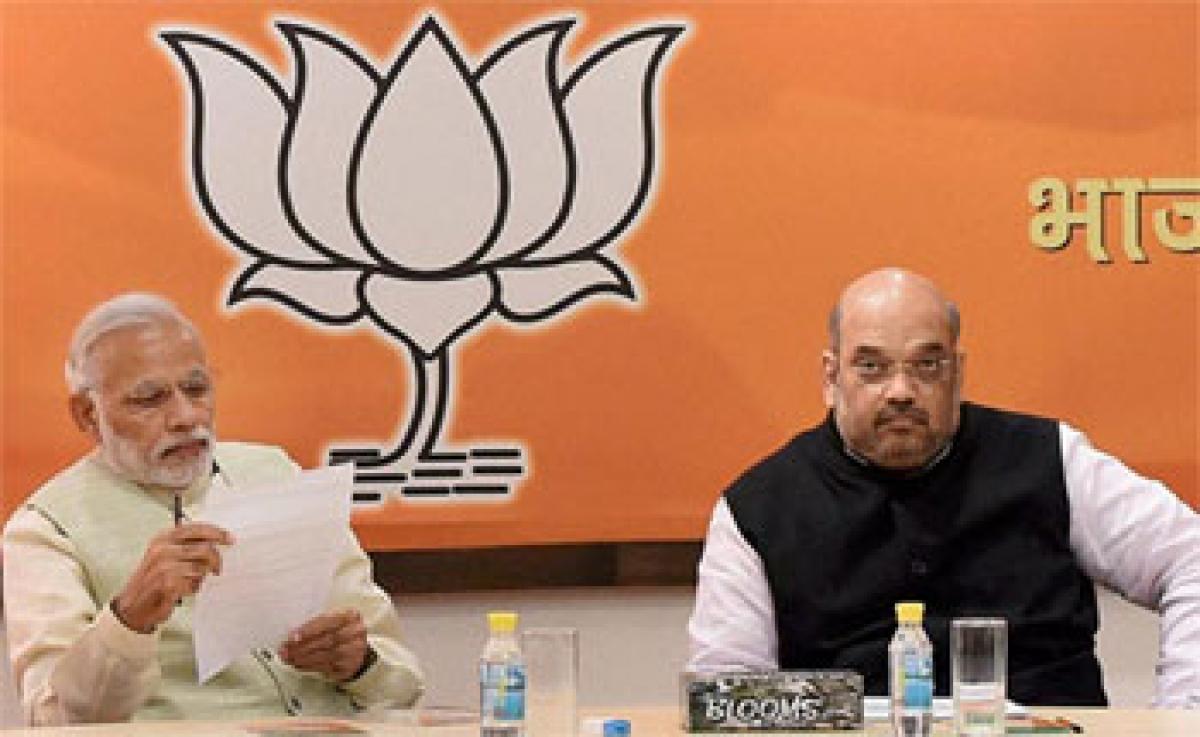 Hyderabad: With talks between BJP and TDP being stuck over sharing of seats in Andhra Pradesh, senior party leader Venkaiah Naidu on Sunday indicated that BJP will contest upcoming polls on its own if the Chandrababu Naidu-led party fails to spell out its stand within 24 hours.


Admitting that a stalemate in talks continues with TDP on seat sharing in both Telangana and Seemandhra, Venkaiah said the party's central elections committee will meet tomorrow in New Delhi to decide the future course of action.

Venkaiah said the BJP cannot wait inordinately on its future course of action.

"As per the information I have received there seems to be some sort of a stalemate (over talks with TDP). And we cannot wait indefinitely," he said.

Venkaiah said the state committee of Telangana has been asked to make its recommendations by tomorrow when the BJP's central committee will be meeting in the national capital.

"....And if something happens in between then the central committee will take a decision, otherwise we will have to go ahead with the preparations," he said.

"As a precaution I have already told both units of Andhra Pradesh and Telangana to be ready to contest all the seats if necessary. Or to be ready if there is some sort of understanding to make seat adjustments also," Venkaiah told reporters here.

Several rounds of talks were held between TDP and BJP leaders in the last few days over sharing of seats but the talks are inconclusive so far.

Interestingly, Telangana unit BJP president G Kishan Reddy had yesterday announced that the party would go solo in the region.

"My both units (Telangana and Andhra Pradesh) feel the response (from TDP) is not satisfactory. I cannot tell what's going to happen. We are ready to face any situation. There is overwhelming mood for BJP as far as parliamentary elections are concerned in Telangana as well as (in) Andhra Pradesh," Venkaiah said.

Meanwhile, to a query on a purported hate speech made by Congress nominee from Saharanpur in UP Imran Masood against BJP's PM candidate Narendra Modi, Venkaiah said, "it reflects the mindset of Congress".

Earlier in an interactive session with industry and academia, Venkaiah said the country needed strong leaders like Modi to sustain the growth momentum. "There should be less government and more governance," he said.

The BJP leader said he was on a nationwide mission to take views of people from all strata on issues like economy, industry, healthcare and education.

He said these views would be discussed at the party's national level committee which may decide on incorporating them in the party's manifesto for upcoming general elections.