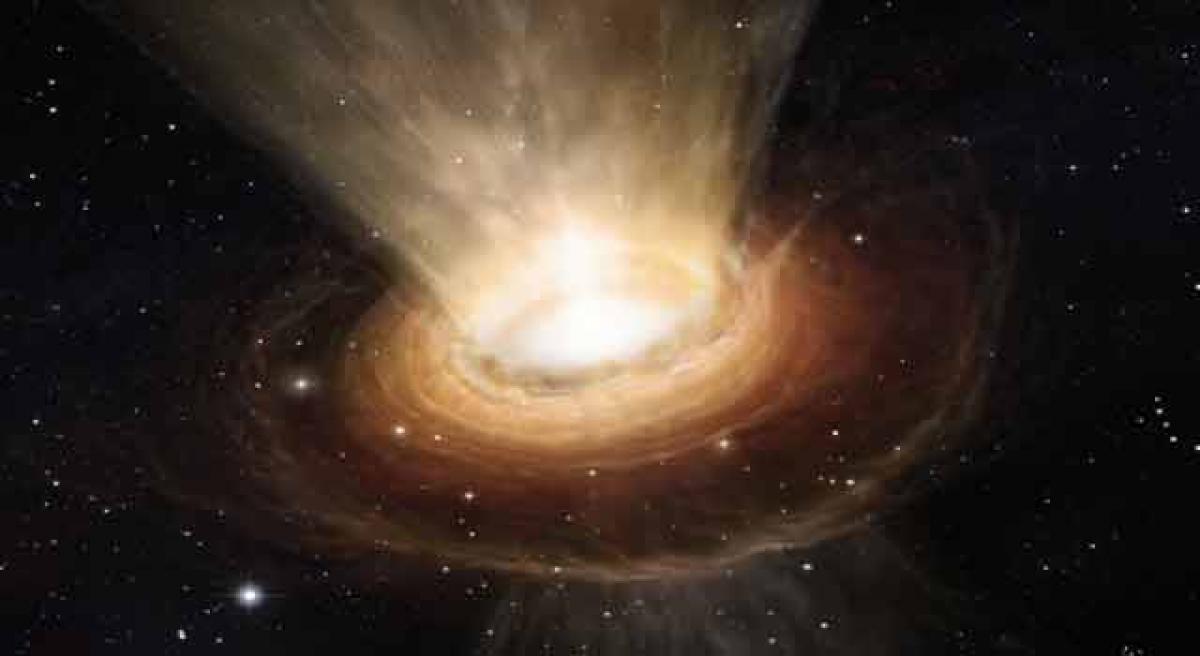 A team of astronomers has for the first time derived a highly precise measurement of the mass of a black hole -- calculating its mass to be 660 million times greater than that of the Sun.

​New York: A team of astronomers has for the first time derived a highly precise measurement of the mass of a black hole -- calculating its mass to be 660 million times greater than that of the Sun.

Working with high-resolution data from the Atacama Large Millimetre/submillimetre Array in Chile, the scientists determined the speed of a disk of cold molecular gas and dust orbiting the supermassive black hole at the heart of a nearby giant elliptical galaxy named "NGC 1332".

"This is the first time that ALMA has probed the orbital motion of cold molecular gas well inside the gravitational sphere of influence of a supermassive black hole," said Aaron Barth, professor of physics and astronomy from the University of California-Irvine.

"We're directly viewing the region where the cold gas is responding to the black hole's gravitational pull. This is an exciting milestone for ALMA and a great demonstration of its high-resolution capability," added Barth in a paper appeared in the Astrophysical Journal Letters.

To calculate the mass of a black hole in a galaxy's centre, astronomers must be able to measure the speed of something orbiting around it. Barth and his group trained ALMA's observational powers on NGC 1332, a giant elliptical galaxy in the southern sky 73 million light-years from the Earth.

In visible light, as seen by the Hubble Space Telescope, these disks appear as dark silhouettes against the bright background of starlight in a galaxy's core.

But ALMA can observe radio-wavelength light emitted by molecules in these structures. In this case, Barth's team focused on radio-wave emissions from carbon monoxide (CO) molecules as the CO signal is bright and readily detected with ALMA.

By mapping the disk's rotation with the high-resolution data, Barth's group determined that the black hole in NGC 1332 has a mass that is 660 million times greater than the Sun -- with a measurement uncertainty of just 10 percent.

This is among the most precise measurements for the mass of a galaxy's central black hole. "This observation demonstrates a technique that can be applied to many other galaxies to measure the masses of supermassive black holes to remarkable precision," added study co-author Benjamin Boizelle.