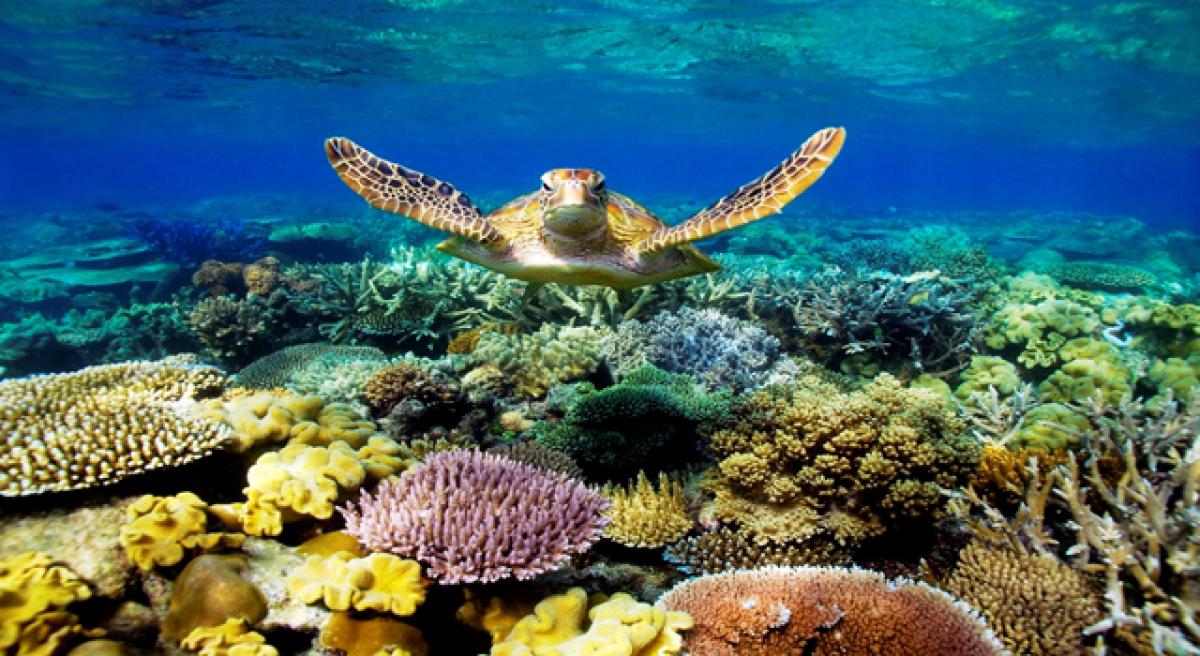 Quicksilver Group's environment and compliance manager and marine biologist Doug Baird said coral on Agincourt Reef number three off Port Douglas at the Great Barrier Reef was "well in the process recovery" from a bleaching event six months ago.

"It was a very robust reef going into the bleaching event. It was healthy, the water quality was good out here," Baird said.

"In fact, it was the best-managed reef system anywhere on the planet." "This builds up the resilience of the reef which gives it that opportunity under these natural events to actually cope and recover," he said.

He said in-water surveys to be conducted in October would enable scientists to closely monitor the recovery and survival rates across the Great Barrier Reef Marine Park.

"The extent of recovery for heat-affected corals will vary across the marine park, and will largely depend on how stressed the corals were locally," Beeden said.

"On the most resilient reefs and in ideal circumstances, bleached corals can regain their colour within a period of weeks to months once water temperatures return to normal."

"However, corals experiencing chronic poor water quality or other stressors are unlikely to recover within these short time frames and recovery will be impeded," he added.