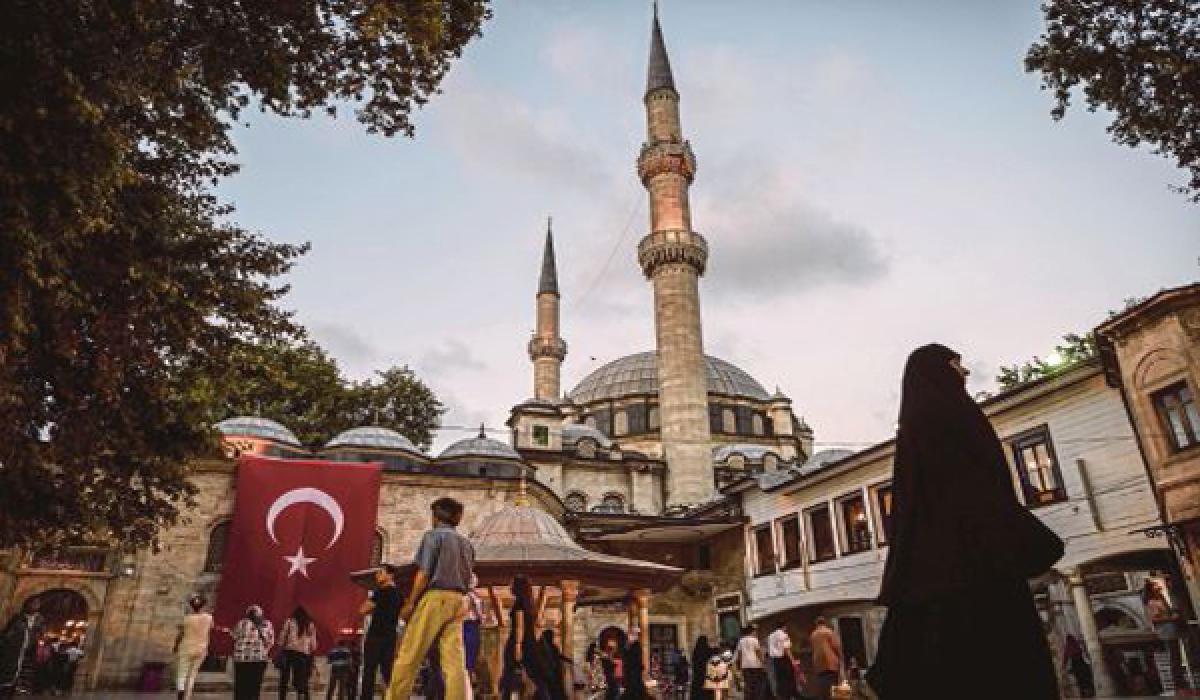 The Arab world is spread over a wide area that spans from the Atlantic Ocean in the west, to the Indian Ocean in the east. When Arab lands are mentioned, we generally think of the Middle East as its heart. The Middle East is also the birthplace of the Abrahamic religions and an area that hosted many of the greatest civilisations, states and empires. Throughout history, it played a crucial part in

The Arab world is spread over a wide area that spans from the Atlantic Ocean in the west, to the Indian Ocean in the east. When Arab lands are mentioned, we generally think of the Middle East as its heart.

The Middle East is also the birthplace of the Abrahamic religions and an area that hosted many of the greatest civilisations, states and empires. Throughout history, it played a crucial part in terms of politics, strategy, culture and economy. It served as an effective conduit in the expansion and development of cultures and beliefs. It still preserves the attribute of being one of the most strategic regions of the world.

Today, much of the Middle East has experienced some level of warfare, instability and, of course, terrorism. Both the bloody actions of radical organisations and the military interventions of foreign powers cause matchless suffering and losses. It is interesting and ironic that both sides have identified themselves as a “saviour”.

The recent past reveals an indisputable fact: the actions of both parties added to the endless cycle of instability rather than providing a solution. Despite trying to justify and differentiate one from the other, both sides basically used the same wrong methods, such as violence, persecution, deadly force, and harsh and threatening politics.

It is clear that strict military policy and bombs are not the key to peace, tranquility and security as desperately awaited by millions of people for many long years. Quite the contrary, violence only yields more violence.

Smart bombs and modern warfare have always fostered hatred, rage and radicalisation. Radical organisations, which are the main reasons of instability and confusion, continue their attacks and gain more followers. That is why, for a precise solution, lessons should be drawn from the past to avoid continued mistakes.

Deep-rooted problems of the Middle East can be solved with diplomacy, reconciliation and love, rather than war, conflict and hatred. Diplomatic and peaceful methods should be continuously employed until peace is achieved. We should always remember to use superior ethical and moral values when speaking or negotiating peace among the different parties.

Just as values, such as talking face to face, being forgiving, overlooking faults, overcoming anger towards each other, and being open to criticism are characteristics sought after in relationships, peace and diplomacy should be aimed for while overcoming international problems as well.

Most of the international meetings tarry at a level of having a desire for good wishes, yet this isn’t enough to serve as the solution. It is impossible to attain peace and tranquillity between groups when negotiations are far removed from love, and meetings are held with cold feelings, contempt and disgust of the other party.

The solution is very easy and simple. Cultural diplomacy.

Cultural diplomacy takes political diplomacy a step further. It is a more three-dimensional approach, where there is vastly more investment in understanding the background, culture and history of a group of people, while simultaneously focusing on using love to achieve lasting peaceful negotiations.

During these difficult days that the Middle East is suffering through, we need to use this massively under-appreciated method.
In today’s world, cultural diplomacy is as important as political diplomacy because the preponderance of issues, national interests and official ideologies between countries makes it impossible find a solution by conventional diplomacy.

We need to understand that religion shapes the Arabic and Middle Eastern cultures. Religion is the soul of the Middle East. Islam has ruled in the region since the seventh century and it has a huge impact on all spheres of life, such as politics, economics, law, culture, science, art and education.

In the Middle East, everything is based on Islamic culture. Almost the whole region practises Islam. Therefore, it is not possible to bring solutions to the Arab world without incorporating religion. And again, for this reason, it is essential to place religious values at the centre of this cultural diplomacy move.

There might be people who wrongfully think that “religion is not the solution of the issue, but the reason for it”. Yet, the truth of the matter is that the superstitions, fabricated hadith and bigoted beliefs that have no place in Islam are the main reasons of the terror, violence and fragmentation that encompass the Middle East.

This is not religion but a radical and bigoted ideology. With the abandonment of the core essence and spirit of Islam and the Quran, wars, hatred, violence and sufferings between sects or various radical groups have increased enormously.

Undoubtedly, religion is the assurance of love, brotherhood, unity and togetherness. Superior values, such as peace, prosperity, human rights, social justice, democracy, freedom and equality, are all lived perfectly in a society that acts according to the moral values of Islam and the Quran.

There is definitely no place for pressure and compulsion in Islam. Freedom of religion, faith and thought, in other words secularism, perfectly complies with the Quran.

The main problem of the Arab world is not radical militants but the radical ideology within their minds and brains. Thus, what needs to be done is to eradicate the bigotry that emerges in the name of religion.

This necessitates the communication of real Islam to wipe away the wrong beliefs that have sprouted in people’s minds. Societies are in need of a spiritual education and must be revived spiritually. This spiritual education should definitely be an education merely based on the Quran.

As known, ulama and spiritual leaders are important in Arab societies — they are cultural ambassadors and opinion leaders. Therefore, they play a big role in this education. Indeed, most of the time, the role of religious leaders are more important than politicians, academicians, artists, international media pundits or corporations in the Middle East.

Of course, it is important for the aforementioned cultural ambassadors to be sincere, rational people acting in the spirit of love and compassion. The existence of leaders who live, preach and exemplify moral values of the Quran in the best way is the key for solving problems.

Spiritual leaders of the Middle East can become the real saviours of the region by embracing a language of love, unity, brotherhood, understanding and peace, while carefully avoiding speeches that will provoke hatred, rage and hostility. If the leaders of different groups and sects frequently come together under the roof of the Quran for various occasions, by setting aside all their differences, all of obstacles for peace and tranquillity will be eliminated.

The Middle East is, without a doubt, the most challenging geography in the world today. In addition to this, the common religion, language, culture, values and similar social structure of the societies that constitute the Arabic world offer a historical opportunity for the right solution. The role of religious and spiritual leaders are crucial and important. They are responsible as they are cultural ambassadors of the region. Our prayers and efforts are for ensuring this understanding and unity as soon as possible.