US intel chief says No doubt Russia interfered in election 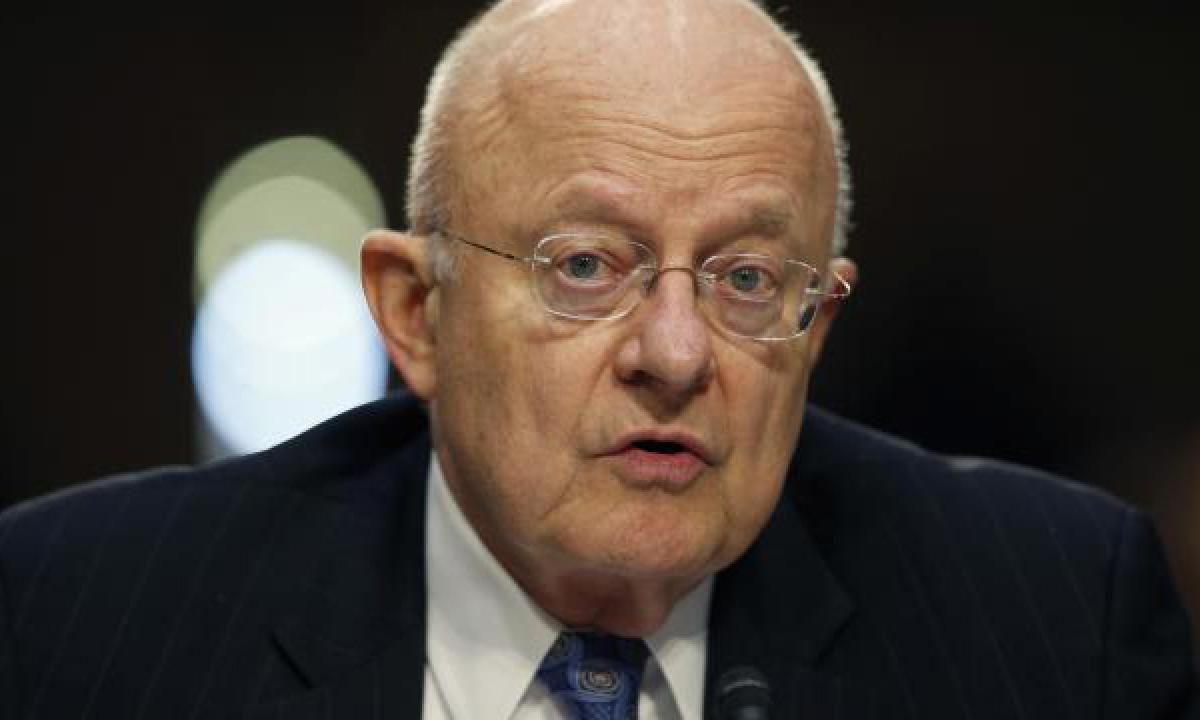 Brushing aside Donald Trump’s dismissiveness, the nation’s intelligence chief insisted Thursday that US agencies are more confident than ever that Russia interfered in America’s recent presidential election. And he called the former Cold War foe an “existential threat” to the nation. Did Russian hacking sway the results? There’s no way for US agencies to know, said James Clapper, the director of

Washington:Brushing aside Donald Trump’s dismissiveness, the nation’s intelligence chief insisted Thursday that US agencies are more confident than ever that Russia interfered in America’s recent presidential election. And he called the former Cold War foe an “existential threat” to the nation.

Did Russian hacking sway the results? There’s no way for US agencies to know, said James Clapper, the director of national intelligence.

Asked about the possible effect of the disclosure of private information stolen by hackers, Clapper said, “The intelligence community can’t gauge the impact it had on the choices the electorate made.” But he did say Russian hacking “did not change any vote tallies.”

Clapper’s testimony to the Senate Armed Services Committee was short on concrete evidence of Russian activities, but it raised the stakes in the intelligence community’s standoff with Trump. Clapper indicated the agencies he leads would not back down in their assessment, even if that threatens a prolonged crisis of confidence with their next commander in chief.

That puts the pressure back on Trump, who has raised the possibility of more positive relations with Russia and has repeatedly disparaged the U.S. intelligence agencies. He will be briefed Friday on the classified evidence concerning Russian interference.

The intelligence agencies’ classified report, which was shared with President Barack Obama on Thursday, identifies multiple motives for Russia’s interference, Clapper said, but he did not provide details.

The Washington Post, citing anonymous U.S. officials, reported Thursday that intelligence agencies have identified parties who delivered stolen Democratic emails to WikiLeaks. The officials also said there were disparities between efforts to infiltrate Democratic and Republican networks, and said the U.S. intercepted communications in which Russian officials celebrated Trump’s victory. It was not clear which of those details are included in the classified report.

In a joint report that roiled the presidential campaign last fall, the Homeland Security Department and the Office of the Director of National Intelligence said the U.S. was confident about foreign meddling, including Russian government hacking of Democratic emails.

“We stand actually more resolutely on the strength of that statement,” Clapper said Thursday. He declined to discuss whether Russia’s interference was aimed at helping Trump win.

An unclassified version of the report will be released next week, Clapper said. That version, expected to be a fraction of the length of the classified one, is not likely to answer all the questions about Russia’s actions. Exactly how the U.S. monitors its adversaries in cyberspace is a closely guarded secret, since revealing such details could help foreign governments further obscure their activities.

“I think the public should know as much about this as possible,” Clapper told the senators. “And so we’ll be as forthcoming as we can, but there are some sensitive and fragile sources and methods here.”

Clapper was less shy about declaring Russia “an existential threat to the United States.” That’s strong rhetoric that harkens back to the Cold War between the U.S. and Soviet Union, language Obama has avoided. For his part, Trump has embraced the possibility of warmer U.S.-Russian ties.

Republican John McCain of Arizona, chairman of the Senate panel, pressed Clapper as to whether Russia’s actions constituted an “act of war.” The intelligence director said that was “a very heavy policy call,” more appropriate for others in the government to decide.

The GOP is divided over how to deal with Russia. Once Trump takes office, he is certain to face opposition from Democrats as well as some in his own party regarding his posture toward Russia.

Trump has criticized U.S. intelligence findings, even citing WikiLeaks founder Julian Assange’s contention that Russia did not provide him with hacked Democratic emails.

But in new tweets early Thursday, he backed away and blamed the “dishonest media” for portraying him as agreeing with Assange, whose organization has been under criminal investigation for its role in classified information leaks. “The media lies to make it look like I am against ‘Intelligence’ when in fact I am a big fan!” Trump wrote.

In fact, Trump has been skeptical to the point of dismissive about the certainty of the assessment of Russian hacking, bringing up past failures, specifically intelligence reporting the presence of weapons of mass destruction in Iraq in the lead-up to the war there.

Trump has derided the intelligence community on Twitter, his comments widely reported by The Associated Press and other news organizations.

Clapper said Thursday, “I think there is an important distinction here between healthy skepticism, which policymakers — to include policymaker No. 1 — should always have for intelligence, but I think there’s a difference between skepticism and disparagement.”

“The president has insisted that the intelligence community should not hesitate to present to the president what could be considered bad news, because a whitewashed assessment doesn’t serve anybody well,” Earnest said. He added that anyone who consumes intelligence “using rose-colored reading glasses is not going to be able to make good decisions.”