Diversity makes us who we are: Michelle Obama 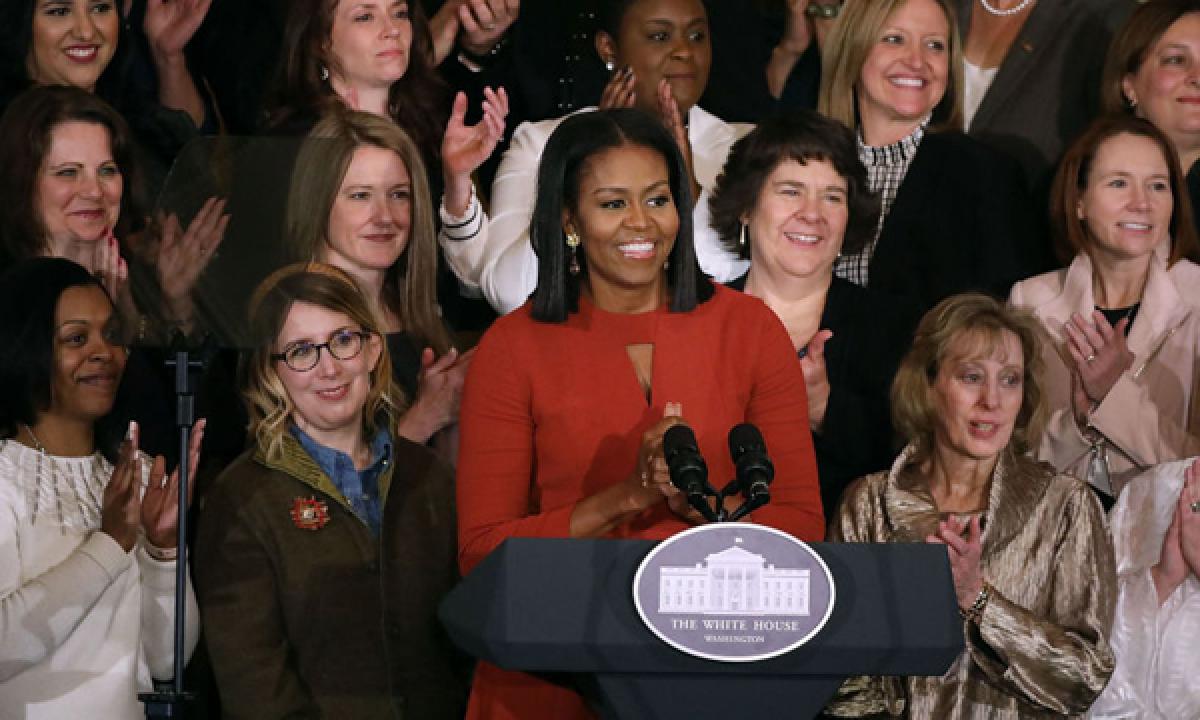 US first lady Michelle Obama has asked the American people to remember that the US-' -'glorious diversity-' was -'not a threat to who we are, it makes...

Washington:US first lady Michelle Obama has asked the American people to remember that the US' "glorious diversity" was "not a threat to who we are, it makes us who we are".

Michelle Obama on Friday spoke directly to young people in her last speech before leaving the White House, and said that being the US first lady for the past eight years "has been the greatest honour of my life".

Her voice was full of emotion as she expressed a wish that "all the young people in this room and those who are watching, know that this country belongs to you -- to all of you, from every background and walk of life", FE news reported.

Not once did she mention US President-elect Donald Trump who will take office within two weeks on January 20, but her speech praised the "power of hope" in contrast to the divisive, aggressive rhetoric used by the magnate during the electoral campaign.

The outgoing first lady also had kind words for immigrants, who, she said, are "part of a proud American tradition -- the infusion of new cultures, talents and ideas, generation after generation, that has made us the greatest country on the Earth".

But above all, she wanted to direct her final message as first lady to the country's young people: "Do not ever let anyone make you feel like you don't matter, or like you don't have a place in our American story -- because you do."

Michelle Obama was highly critical of Trump during the electoral campaign, but, after the billionaire's victory in the November 8 election, she has worked together with her husband President Barack Obama to make the transition of power in the White House go off as smoothly as possible.

The event where Michelle gave her last official speech as the first lady was a tribute to the 2017 National School Counsellor of the Year.