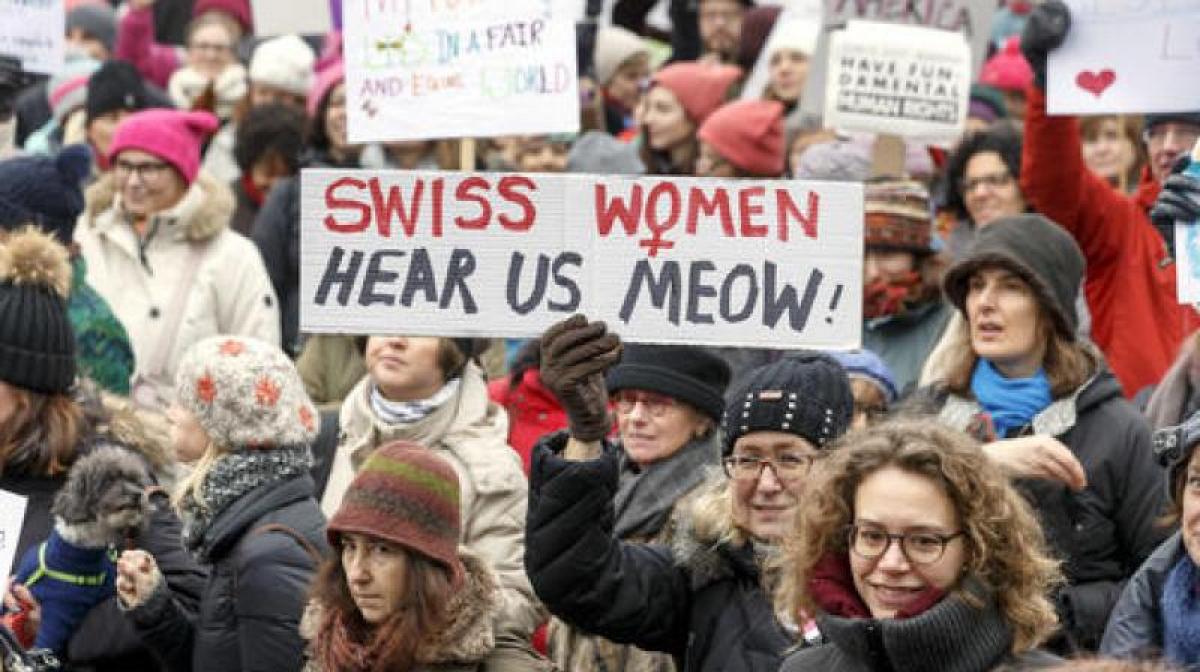 Thousands of protesters in Australia and New Zealand on Saturday joined the first of hundreds of womens\' marches organized around the world in a show of disapproval of U.S. President Donald Trump as he began his first day in office.

Thousands of protesters in Australia and New Zealand on Saturday joined the first of hundreds of womens' marches organized around the world in a show of disapproval of U.S. President Donald Trump as he began his first day in office.

In Sydney, Australia's biggest city, about 3,000 people, men and women gathered for a rally in Hyde Park before marching on the U.S. consulate downtown, while organizers said 5,000 people rallied in Melbourne.

"Feminism is my Trump card" and "Fight like a girl," were among the placards held aloft by the protesters in Sydney.

"We’re not marching as an anti-Trump movement per se, we’re marching to protest the hate speech, the hateful rhetoric, the misogyny, the bigotry, the xenophobia and we want to present a united voice with women around the globe," organizer Mindy Freiband told Reuters.

Many of the protesters in Sydney and Melbourne wore pink hats, that activists referred to as their "pussyhats".

The emergence of a 2005 tape in which Trump spoke of women in a demeaning way sparked widespread outrage and was one of the low points of his election campaign. In the tape he was heard saying: "Grab them by the pussy. You can do anything."

in Tokyo, including many American expatriates.

"Trump presidency gets my blood boiling. Everything we value could be gone. It's time to speak your mind and concerns and to do our best to salvage the values we cherish in America," said Bill Scholer, an art teacher.

And in Manila on Friday about 200 demonstrators from a Philippine nationalist group rallied for about an hour against Trump outside the U.S. embassy in Manila.

Some held up signs demanding U.S. troops leave the Philippines while others set fire to a paper U.S. flag bearing a picture of Trump's face..

Worldwide some 673 "sister marches" are planned for Saturday, in addition to a protest in Washington D.C., according to the organizers' website which says more than two million marchers are expected.

In Washington D.C., at Trump's inauguration back-clad activists, who were not related to the womens’ marches, threw rocks and bottles at police in Washington as Trump was sworn in as President.

In Sydney, many were worried about that Trump’s politics and his attitude towards women and minorities could spread.

"As a mature 56-year-old lesbian I feel for the first time what is global is local," Vicki Skehan, 56, told Reuters.

"We've come so far with inclusiveness and I don't want to see that go away."