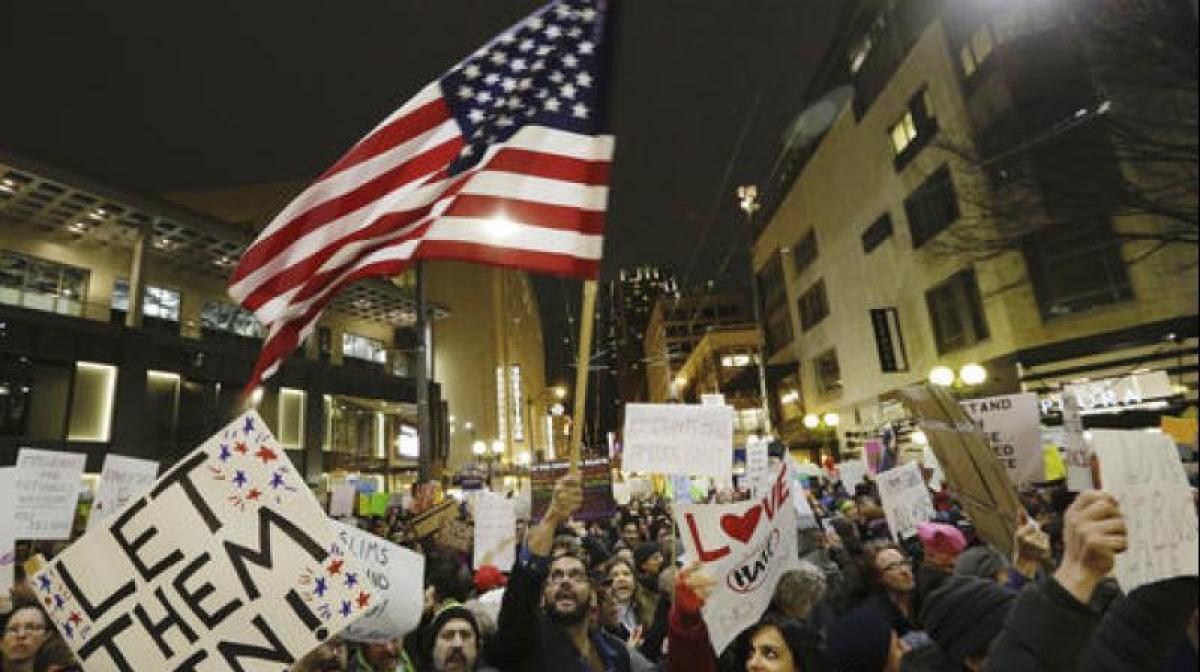 Airlines and local authorities stopped this weekend some citizens of the targeted countries from boarding flights to the United States.

President Donald Trump's administration stressed Sunday that permanent residents get a reprieve from his ban on travelers from seven Muslim countries, after the order triggered confusion over its implementation.

"Green card holders as a matter of a policy are exempt from the EO (executive order) through the national interest waiver," a senior administration official told reporters on a White House conference call.

The official said that as of midday Sunday, 170 people had applied for and been granted the waivers, and stressed that only a fraction of all the travelers to the United States since Trump signed his order on Friday were affected.

"Lawful permanent residents of the United States traveling on a valid I-551 (green card) will be allowed to board US-bound aircraft and will be assessed for exceptions at arrival ports of entry, as appropriate," a Department of Homeland Security factsheet read.

The administration issued contradictory messages in the wake of Trump's decree over the status of green card holders who were on foreign travel.

On Saturday, the White House said permanent residents had to request an individual exemption before traveling. On Sunday, the administration said all green card holders were exempt.

Amid the confusion, four federal judges moved to halt deportations, around 300 people were stopped or detained worldwide and US civil rights lawyers warned it could ultimately come down to a battle between the Trump administration and the Supreme Court.

The decree suspends the arrival of all refugees for at least 120 days, Syrian refugees indefinitely and bars citizens from Iran, Iraq, Libya, Somalia, Sudan, Syria and Yemen for 90 days.

The move sparked mass protests across the country, including at major international airports.

Airlines and local authorities stopped this weekend some citizens of the targeted countries from boarding flights to the United States.

The administration official noted that the executive order was drafted in recent months during the presidential campaign with the help of "top immigration experts" in Congress, and that it had been approved by the Office of Legal Counsel, which advises the president and all executive branch agencies.