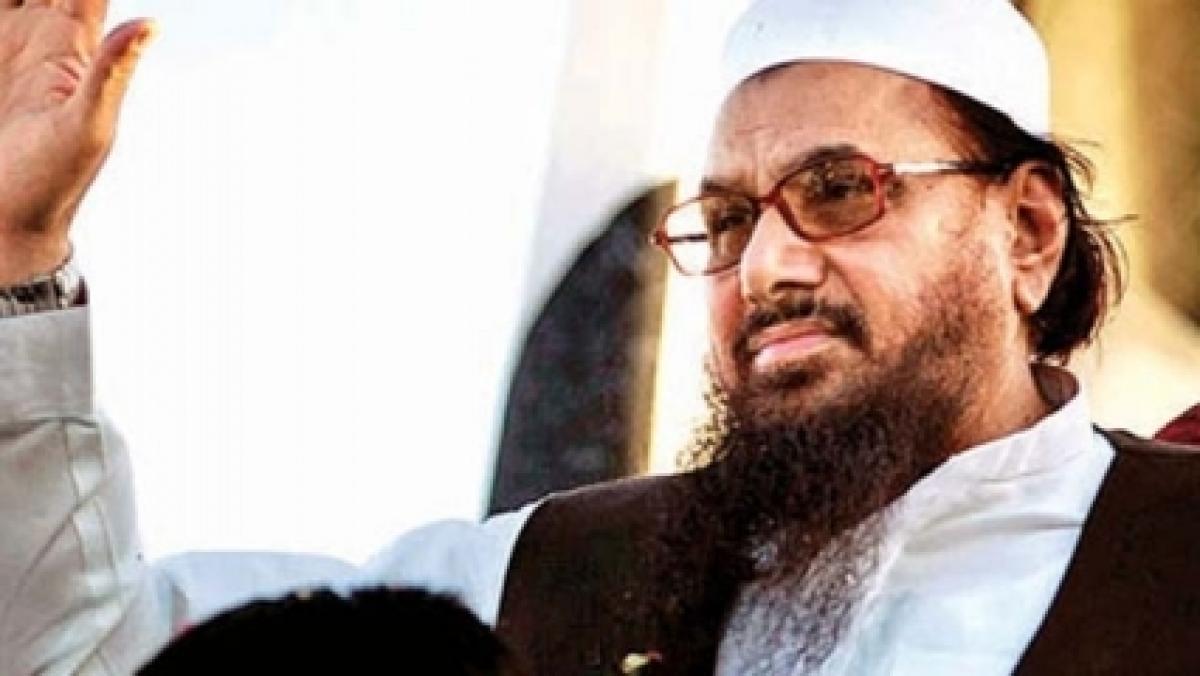 Saeed was at Masjid-e-Qudsia Chauburji in Lahore when police descended there to implement the order of detention issued by Punjab Province's Interior Ministry yesterday in pursuance to a directive from the Federal Interior Ministry on January 27, JuD activists and Pakistani media said.

In the meantime, Saeed from his residence, released a video footage in which he blamed the growing Indo-US relations for his house arrest. He said that Trump had pressurized Pakistan government to arrest him so that he could strengthen his friendship with Modi.

He "is at Masjid-e-Qudsia Chauburji and a heavy contingent of police has surrounded the JuD headquarters," JuD official Ahmed Nadeem, who was present at the premises of the outfit, told PTI by phone.

"The commanding police officer told us that he has with him the house arrest order of the JuD chief issued by the Punjab Home Department," Nadeem said.

"We are going to shift Hafiz Saeed from Masjid Al-Qudsia Chauburji to his Jauhar Town residence to place him under house arrest on the order of the government," a senior police officer said.

Saeed's residence has been declared sub-jail, he said. National flags were hoisted at the JuD offices in Lahore, instead of party flags, on the directives of provincial home department, local media reports said.

The provincial authorities have also started to remove the banners of JuD from the roads of Lahore, the reports said. Nadeem said the Pakistani government had been under pressure from the United States to take action against Saeed or face sanctions. "This government has buckled under the pressure," he said.

Three days back, Punjab's Ministry of Interior had included names of Saeed and four others -- Abdullah Ubaid, Zafar Iqbal, Abdur Rehman Abid and Qazi Kashif Niaz -- in the Watch List as per UNSC 1267 Sanctions and ordered theirpreventive detention.

Punjab government's action comes amidst pressure on Pakistan from the Trump administration that it must take action against JuD and Saeed to avoid sanctions.

JuD is the front for the banned Lashkar-e-Taiba (LeT) terror outfit which is responsible for numerous terror attacks in India, including the Mumbai terror strike of November 26,2008, which was masterminded by Saeed.

In a notification issued on January 27, Pakistan's Interior Ministry had said "...on the basis of report sent by Ministry of Foreign Affairs ..., the Federal government, having reasons to believe, that Jamaat-ud-Dawa (JuD) organisation is engaged in certain activities which could be prejudicial to peace and security and in violation of

Pakistan's obligations to the United Nations Security Council Resolution No 1267."

It directed the Punjab government to put the organisation on the Watch List.

In a similar order, the Federal government directed putting Falah-e-Insaniat Foundation (FIF) on the Watch List for a period of 6 months, which is extendable.

Citing these directives from the Federal governent, Punjab's Ministry of Interior had issued an order yesterday, in which it "placed Falah-e-Insaniat Foundation (FIF) and

Jamaat-Ud-Dawa (JUD) on the Watch List and have listed these organizations in the Second Schedule of the ATA 1997 (as amended)".

Under this section of ATA, the government has the power to arrest and detain suspected persons.

"Hafiz Muhammad Saeed, Abdullah Ubaid, Zafar Iqbal, Abdur Rehman Abid and Qazi Kashif Niaz are reportedly active members of the aforementioned organizations within the meaning of Section 11EEE(1) of the ATA 1997 (as amended). As such, they must be placed under preventive detention," the order said.

The notification asked the Home Secretary to "kindly direct the concerned agencies to move and take necessary action" as the matter "is most urgent".

Earlier during the day, Interior Minister Chaudhry Nisar Ali Khan said the PML-N government was taking steps to "fulfil our obligations" with regard to JuD.

The organisation [JuD] has been under observation since 2010-11. Since it has also been listed by the UN Security Council [Sanctions Committee], we are bound to take some steps. We are taking those steps to fulfill our obligations, he told reporters after inaugurating a passport office in Islamabad.

JuD has already been declared as a foreign terrorist organisation by the United States in June 2014. Saeed also carries a reward of USD 10 million announced by the US for his role in terror activities.

A few hours before his detention, Saeed said he does not care if his organisation faces any "curbs" for raising voice for "oppressed Kashmiris".

"I don't care if the government places some curbs on us on the pressure of the United States and India. India is putting pressure on Pakistan through the US to take action against us," Saeed said while talking to a group of senior journalists here at a local hotel this afternoon.

He warned the Nawaz Sharif government that the JuD would move court if any curbs were placed on it.

Saeed said the JuD would hold a march from Lahore to Islamabad and Karachi to Islamabad to put pressure on the government to raise the issue of Kashmir at international fora.