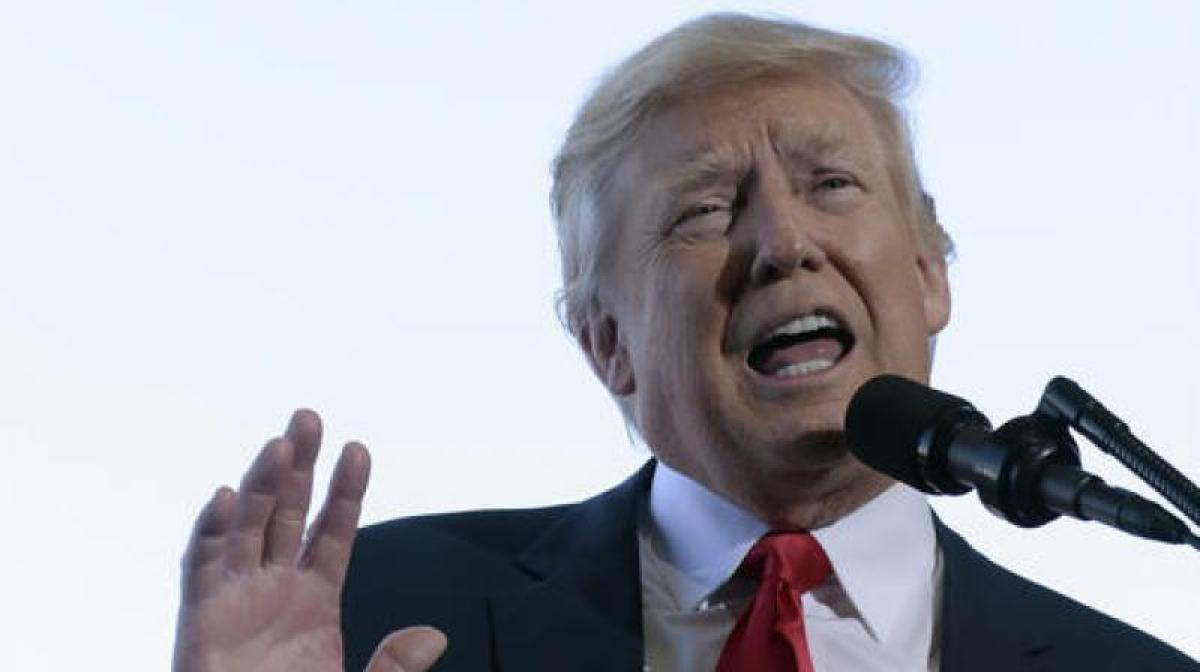 US President Donald Trump has said that \'Buy American and Hire American\' is his new mantra as he vowed to \"very strongly\" enforce trade rules and stop \"foreign cheating\".

US President Donald Trump has said that 'Buy American and Hire American' is his new mantra as he vowed to "very strongly" enforce trade rules and stop "foreign cheating".

"As your President, I am going to do everything I can to unleash the power of the American spirit and to put our great people back to work. This is our mantra: Buy American and Hire American," he said amid applause from the audience.

Reminding the audience that he campaigned on the promise that he will do everything in his power to bring jobs back into America, Trump said it has already begun.

"Since November, jobs have already begun to surge. We're seeing companies open up factories in America. We're seeing them keep jobs at?home. Ford, General Motors, Fiat-Chrysler just to name a very, very few. So many more already. They are keeping and bringing thousands of jobs back in country because the business climate, they know, has already changed," he said.

In Arizona, Intel announced it will open a new plant that will create 10,000 American jobs. They are spending billions of dollars, he said, adding that he is determined to make the US a business friendly destination. Trump said he is entirely focused on jobs.

"Jobs are one of the primary reasons I'm standing here today as your President, and I will never, ever disappoint you. Believe me. I will not disappoint you," he said.

"I don't want companies leaving our country, making their product, selling it back, no tax, no nothing, firing everybody in our country. We're not letting that happen anymore," he said.

Trump warned that there will be a very substantial penalty to be paid when they fire their people and move to another country, make the product, and think that they're going to sell it back over.

Trump said he will not let his country be taken advantage of anymore in any way, shape or form.