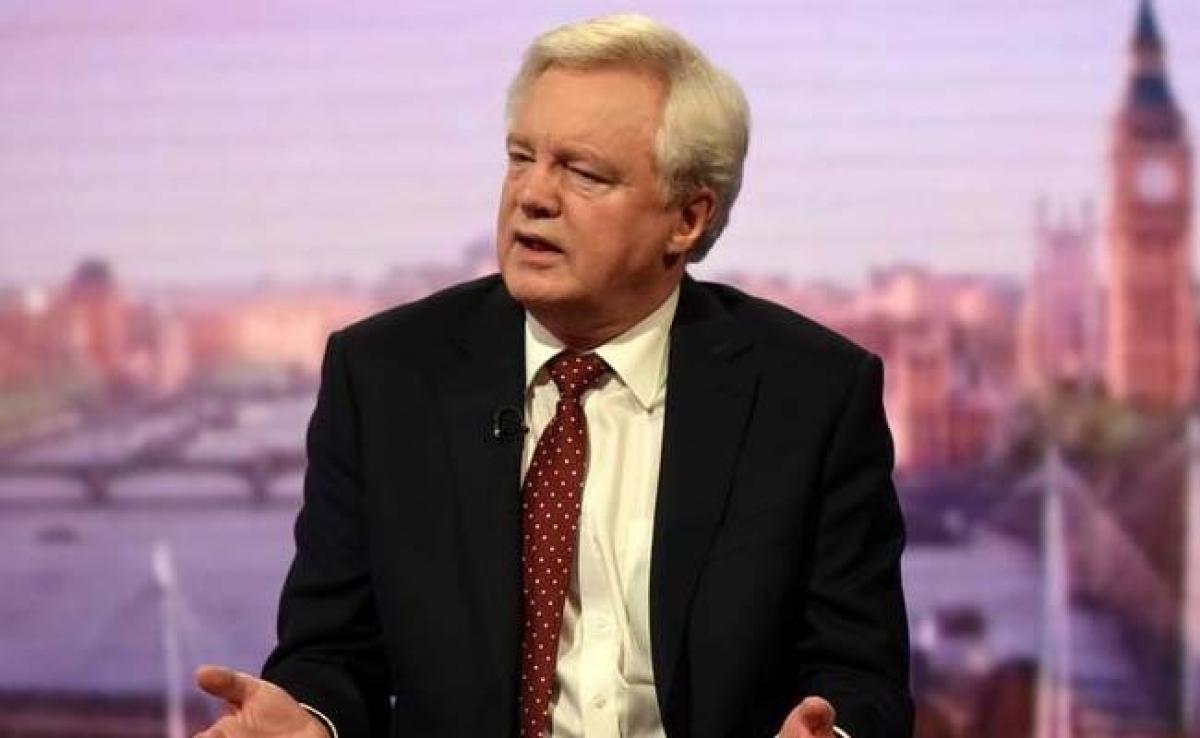 Britain is drawing up contingency plans for the unlikely event it has to walk away from divorce talks with the European Union without a deal, Brexit minister David Davis said on Sunday.

Britain is drawing up contingency plans for the unlikely event it has to walk away from divorce talks with the European Union without a deal, Brexit minister David Davis said on Sunday.

Prime Minister Theresa May is set to begin exit talks by the end of the month, kicking off Britain's most complex set of negotiations since the end of World War Two. The outcome will shape Britain's political and economic future.

Ahead of the start of negotiations, which could be triggered as early as Tuesday, a committee of lawmakers warned it would be a serious dereliction of duty if the government failed to plan for the possibility of not reaching an exit deal.

"I don't think, firstly, that is remotely likely," Mr Davis told the BBC's Andrew Marr Show, responding to the report. "It's in absolutely everybody's interest that we get a good outcome."
Parliament's Foreign Affairs committee warned that a breakdown in negotiations would be a "very destructive outcome", causing economic harm to both sides as well as creating uncertainty and legal confusion for individuals and businesses.

"The simple truth is we have been planning for the contingency - all the various outcomes, all the possible outcomes of the negotiations," Mr Davis said.

"One of the reasons we don't talk about the contingency plan too much is that we don't want people to think 'Oh, this is what we're trying to do.'"

Asked when May would trigger talks, Davis declined to name a specific date. "Each date has different implications in terms of when it could be responded to by the (European) council ... I'm not going to get into the details why, but there's politics in terms of achieving success."

Before Ms May can begin negotiations, she must finish passing the legislation that gives her the right to formally notify the EU of Britain's intention to leave and start a two-year negotiating period as set out in the EU's Lisbon treaty.

The laws are expected to be finalised in a series of votes early next week, which will test Ms May's authority over her Conservative Party as she seeks to overturn changes made to the draft bill by parliament's upper chamber.