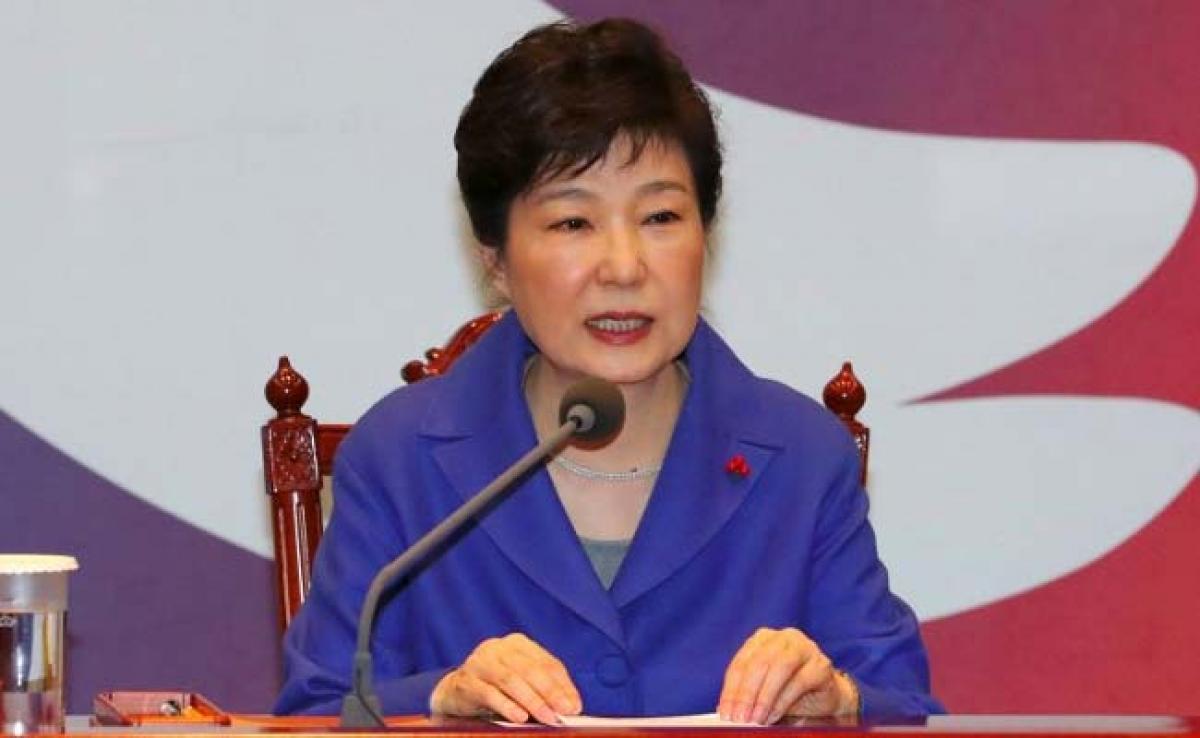 Ousted South Korean President Park Geun-hye apologised to the country on Tuesday as she arrived at prosecutors-' offices for questioning as a criminal...

Ousted South Korean President Park Geun-hye apologised to the country on Tuesday as she arrived at prosecutors' offices for questioning as a criminal suspect in a widening corruption investigation that has already cost her the presidency.

"I am sorry to the people. I will faithfully cooperate with questioning," Park said in front of media at the steps of the office building, in her first comments directly to the public since she was dismissed on March 10.

Park, 65, became South Korea's first democratically elected president to be removed from office when the Constitutional Court upheld her December impeachment by parliament.

She has been accused of colluding with a friend, Choi Soon-sil, to pressure big businesses to donate to two foundations that backed her policy initiatives.

Park has denied wrongdoing and has not been charged in the case.

But she lost her presidential immunity when she was dismissed and could face more than 10 years in jail if convicted of receiving bribes from bosses of big conglomerates, including Samsung Group chief Jay Y Lee, in return for favours.

Park's fate and the widening corruption investigation have gripped the country at a time of rising tension with North Korea and China.

Television cameras followed Park as she was driven to the prosecutors' office in a black sedan, a few minutes away from her home, escorted by police who cleared the road.

She was dressed in a dark navy coat and trouser suit with grey shoes, and looked serious as she stood on the lower steps of the prosecutors' offices to deliver her brief remarks to a bank of media before going in.

A prosecution official told reporters on Monday the questioning was expected to go on late into the night.

South Korea will hold a presidential election on May 9.