Thousands Evacuated As Cyclone Debbie Bears Down On Australia 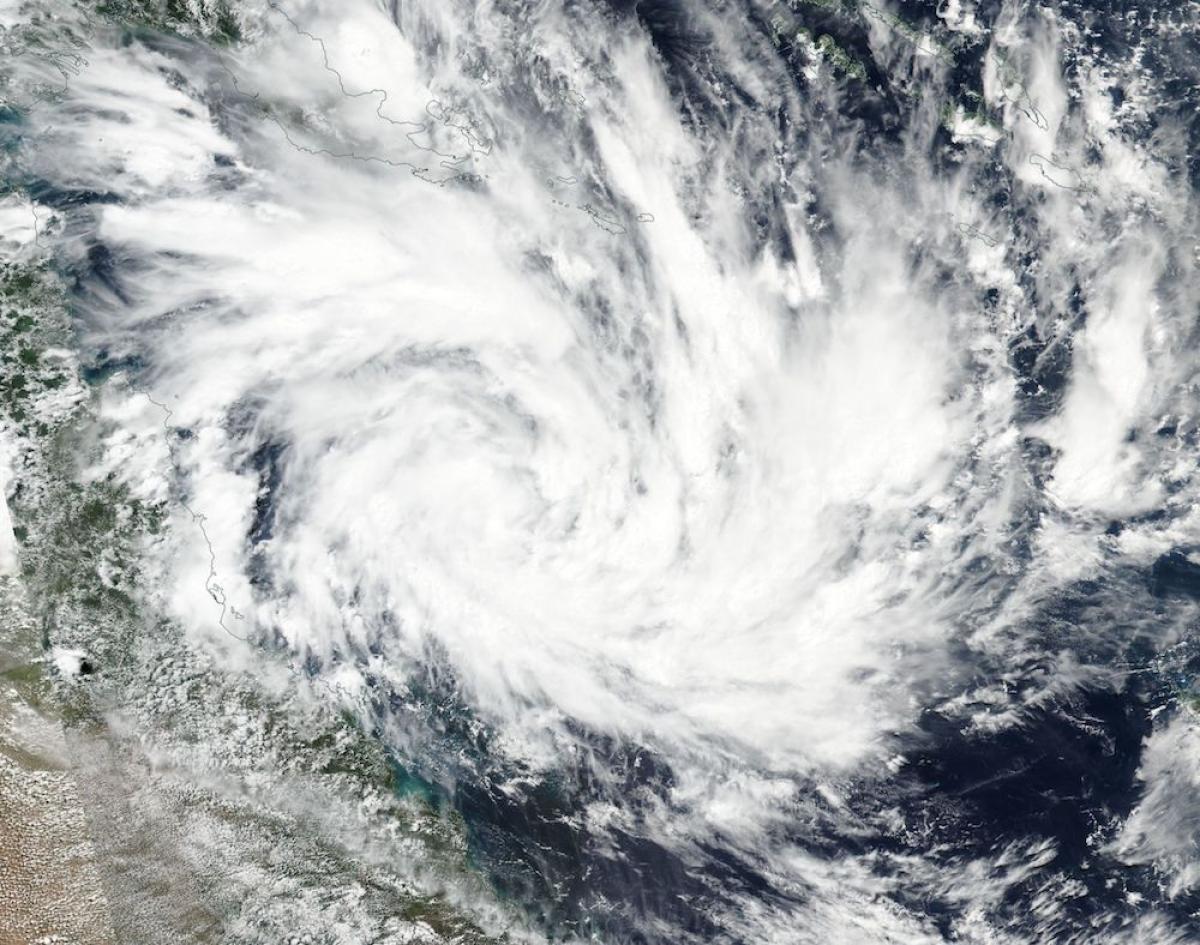 Thousands of people including tourists were being evacuated Monday as northern Australia braced for a powerful cyclone packing destructive winds with warnings of major structural damage and surging tides.

Thousands of people including tourists were being evacuated Monday as northern Australia braced for a powerful cyclone packing destructive winds with warnings of major structural damage and surging tides.

Cyclone Debbie has been forming off the coast of Queensland state over recent days, the Bureau of Meteorology said, and is expected to hit land after daybreak Tuesday morning.

Residents are being warned to prepare for the worst storm to pummel the state since Cyclone Yasi in 2011, which ripped homes from their foundations and devastated crops.

"This is going to be a nasty cyclone," Queensland Premier Annastacia Palaszczuk said, adding that structural damage and power outages were likely.

"These wind gusts are going to be absolutely huge and my primary concern is making sure that families are safe."

So far more than 3,500 people have been evacuated between the towns of Home Hill and Proserpine, around 100 kilometres (62 miles) south of Townsville, a popular tourist hotspot used to access the Great Barrier Reef.

Another 2,000 will be advised to leave throughout Monday, Palaszczuk said. More than 100 schools have been closed, along with local ports.

The premier urged residents to do as emergency service personnel asked, amid reports some people were refusing to leave.

"You may not think that this cyclone is going to be rough. But the winds that we are expecting in the Townsville region are going to be more severe than those that were experienced through Cyclone Yasi," she said.

"So there is no time for complacency at all."

Queensland Police Commissioner Ian Stewart said the storm already appeared to have claimed the life of a tourist, as many visitors flee areas in the firing line.

"There has been a fatal traffic accident near Proserpine and we believe it is associated with this weather event and it looks like a tourist has lost their life in that traffic accident," he said.

"The message is very, very clear at this stage. It is time to think very logically about your safety and the safety of your family."

The meteorology bureau said Debbie was currently a category three cyclone on a scale of five but was expected to build to a four by the time it crosses land somewhere between Townsville and Proserpine, with wind gusts of up 280 km/h near the centre.

"Storm surge is also a risk factor, and if the cyclone crosses the coast around high tide this will enhance these effects," it said.

"People living in coastal or low-lying areas prone to flooding should follow the advice of local emergency services and relocate while there is time."