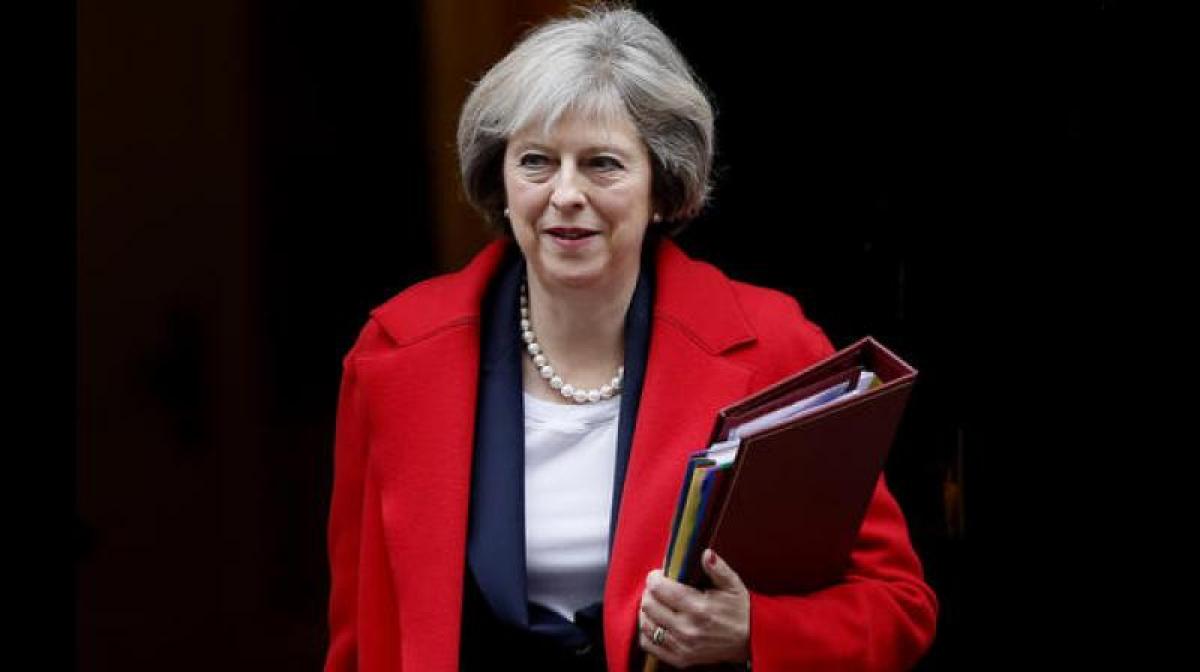 British Prime Minister Theresa May travels to Scotland on Monday to try to avert its independence bid while also fighting a political crisis in Northern Ireland in the frantic final days before she launches Brexit.

British Prime Minister Theresa May travels to Scotland on Monday to try to avert its independence bid while also fighting a political crisis in Northern Ireland in the frantic final days before she launches Brexit.

With Britain still reeling from a terror attack at the gates of parliament, May is preparing to embark on a journey out of the European Union this week that will change Britain and the EU forever.

Ahead of her talks with Scottish First Minister Nicola Sturgeon, May said she wanted "a more united nation" and would fight for the interests of all parts of Britain once exit negotiations with Brussels begin.

But Sturgeon wants Scotland to remain in the European single market when the rest of Britain leaves and the Edinburgh parliament is expected to back her call for a new independence referendum with a vote on Tuesday.

May will send a letter to EU President Donald Tusk with Britain's formal departure notification on Wednesday, opening up a two-year negotiating window before Britain actually leaves the bloc in 2019.

The Sunday Times newspaper reported that the letter would run to eight pages and British media said it would be handed over in person by Britain's EU envoy Tim Barrow.

May will also on Wednesday address British MPs on Brexit, nine months after the country voted by 52 percent in June in favour of leaving the EU, the first country to do so.

The EU is expected to provide an initial response by Friday and an EU summit on April 29 will come up with a more detailed strategy but the talks themselves are not expected to start until May at the earliest.

The prospect of those negotiations breaking down and Britain leaving with no deal in place is a growing concern for UK business leaders and among pro-EU politicians on both sides of the Channel.

The EU's chief negotiator Michel Barnier last week warned that no deal could create queues at the port of Dover, disrupt air traffic in and out of Britain and even see the transport of nuclear material suspended.

"We want a deal," Barnier told reporters, after May said that "no deal is better than a bad deal". Barnier also said Britain must "settle the accounts" after EU officials said Britain faced an exit bill of around 60 billion euros ($65 billion) -- likely to be a major bone of contention in the negotiations.

The launch of Brexit, which has raised wider questions about European integration, will come just days after EU leaders celebrated the 60th anniversary of the bloc's founding treaty in Rome with a declaration in favour a "multi-speed Europe".

Tens of thousands of pro-EU demonstrators took to the streets of London and other European cities on Saturday but for many Britons the country's departure cannot come soon enough.

The run-up to the historic moment has been particularly frenzied for May, who had to be rushed out of the British parliament last Wednesday after an attacker went on a rampage outside the gates.

Briton Khalid Masood, 52, ran over and killed three pedestrians before stabbing a police officer to death and then himself being shot dead just inside the gates of the symbol of Britain's democracy.

Scotland and Northern Ireland are providing two further headaches for Conservative leader May. In Northern Ireland, Britain is seeking an 11th-hour solution to the political deadlock in Belfast following the collapse in January of the British province's power-sharing executive.

Northern Ireland voted for the UK to stay in the European Union and the border with the the Republic of Ireland, an EU member state, is a concern for negotiators. Scotland also voted overwhelmingly for Britain to stay in the EU.

As well as exposing deep rifts between different parts of the country, the Brexit vote showed up the divide between the haves and the have-nots of globalisation and the raw wounds from the global financial crisis and years of austerity.

It also highlighted turmoil in the Conservative Party -- which is now divided between a hardcore of "Brexiteers" and more moderate MPs who have said they want smoother conditions for the departure.

Some Conservative MPs were quoted by The Times newspaper on Monday saying they could vote against the repeal of the European Communities Act 1972, which enshrines Britain's EU membership, "if negotiations are going badly and Brexiteers are out of control".