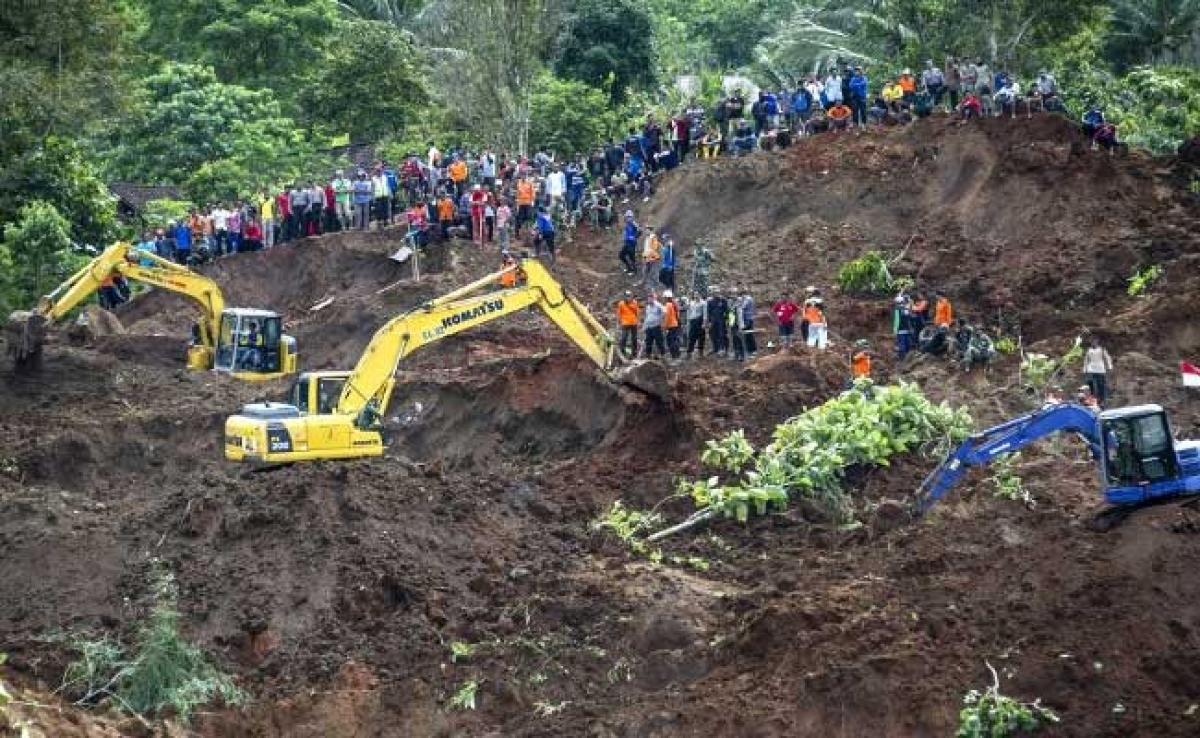 Nineteen people were also injured when the landslide slammed into 32 houses in the village of Banaran in Ponorogo district, East Java on Saturday morning.

At least two people were killed and 26 were feared buried under heavy mud after a landslide struck Indonesia, the national disaster agency said Sunday.

Nineteen people were also injured when the landslide slammed into 32 houses in the village of Banaran in Ponorogo district, East Java on Saturday morning.

Search and rescue teams were searching for missing people but heavy rain on Sunday afternoon forced them to stop, the national disaster agency spokesman said.

"The challenge is the road to the disaster zone is very narrow...and there are many cars now because people want to watch, so they interrupt or hinder the mobility of the team," national disaster agency spokesman Sutopo Purno Nugroho said.

Villagers were warned about potential landslides two weeks ago and evacuated the area at night, but many returned to the village the next morning.

Many of the missing people were working on ginger farms when the landslide struck.

This year alone 20 people have died in landslides in Indonesia, the agency noted.