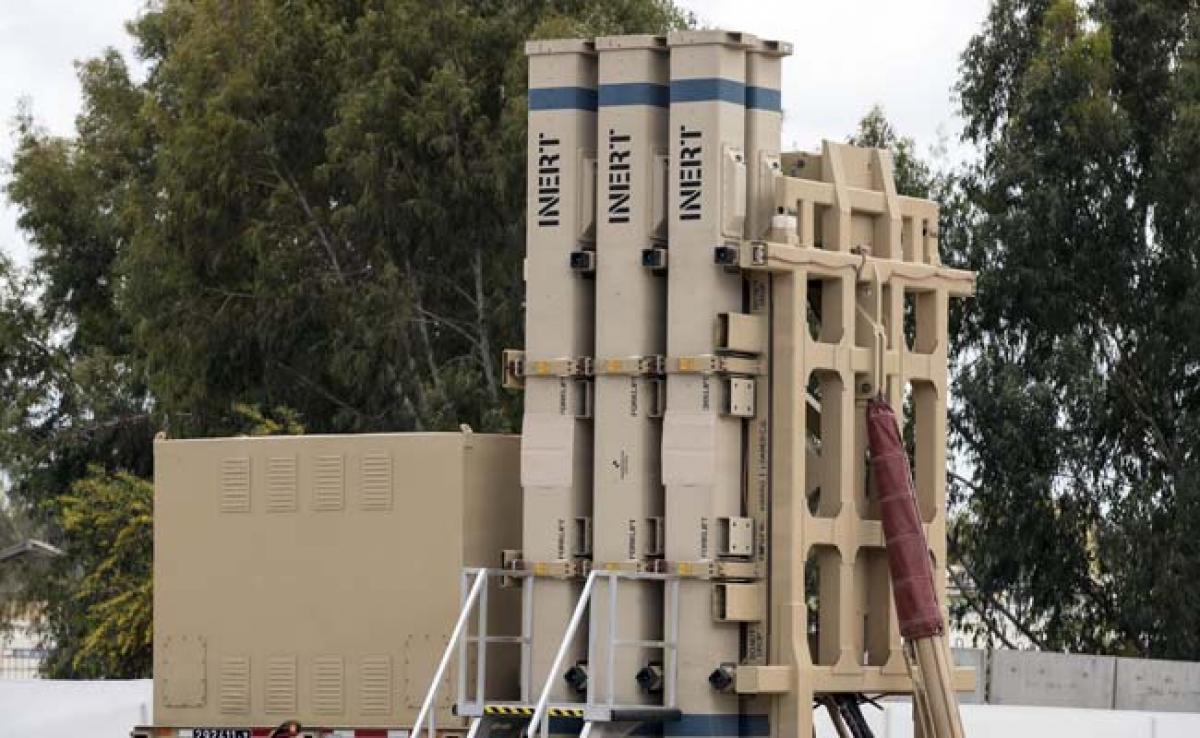 Together, said Mr Netanyahu, they would \"protect Israel, our citizens, our cities\".

Prime Minister Benjamin Netanyahu said Sunday the latest addition to Israel's missile defences meant that those seeking to destroy the Jewish state would be endangering their own existence.

He was speaking at a formal ceremony to hand the "David's Sling" system from its developers over to its Israeli air force operators.

The medium-range interceptor, developed with United States backing, is designed to fill the gap between the longer-range Arrow missile defence system and the shorter-range Iron Dome interceptor.

Together, said Mr Netanyahu, they would "protect Israel, our citizens, our cities".

"Whoever seeks to strike us will be struck, whoever threatens our existence will place his own existence in jeopardy," he said in a speech at the commissioning ceremony, at Hatzor air force base in central Israel.

David's Sling, named for the slingshot with which the Bible says the future King David slew the Philistine giant Goliath, was developed by Israel's Rafael Advanced Defence Systems and US company Raytheon.

The Jewish state lists several aerial threats, some on its borders and others, such as Iran, far beyond.

One is Lebanon's Hezbollah, with which it fought a devastating 2006 war.

Also, last month Israeli warplanes struck several targets in neighbouring Syria, drawing retaliatory missile fire, in the most serious incident between the two countries since the start of the Syrian civil war in 2011.

Israel used its Arrow interceptor to destroy what was believed to have been a Russian-made SA 5 missile and Israeli Defence Minister Avigdor Lieberman threatened to destroy Syria's air defence systems "without the slightest hesitation" if it happened again.

Israel has sought to avoid being dragged into the Syrian conflict, but has carried out strikes there to stop what it says are advanced weapons deliveries to Hezbollah.

Missiles and rockets are also periodically fired at Israel from the adjacent Gaza Strip, generally by hardline Islamist groups opposed to the Palestinian territory's Hamas rulers.

But Israel holds Hamas responsible for all rocket fire from Gaza regardless of who carried it out and routinely strikes Hamas installations in response.

Netanyahu's strongest words were reserved for Iran, which he says seeks to "destroy the state of the Jews" and has ambitions to build nuclear weapons.

Iran says its nuclear programme is for peaceful purposes only.