US to make efforts to ease Indo-Pak tensions: US ambassador Nikki Haley 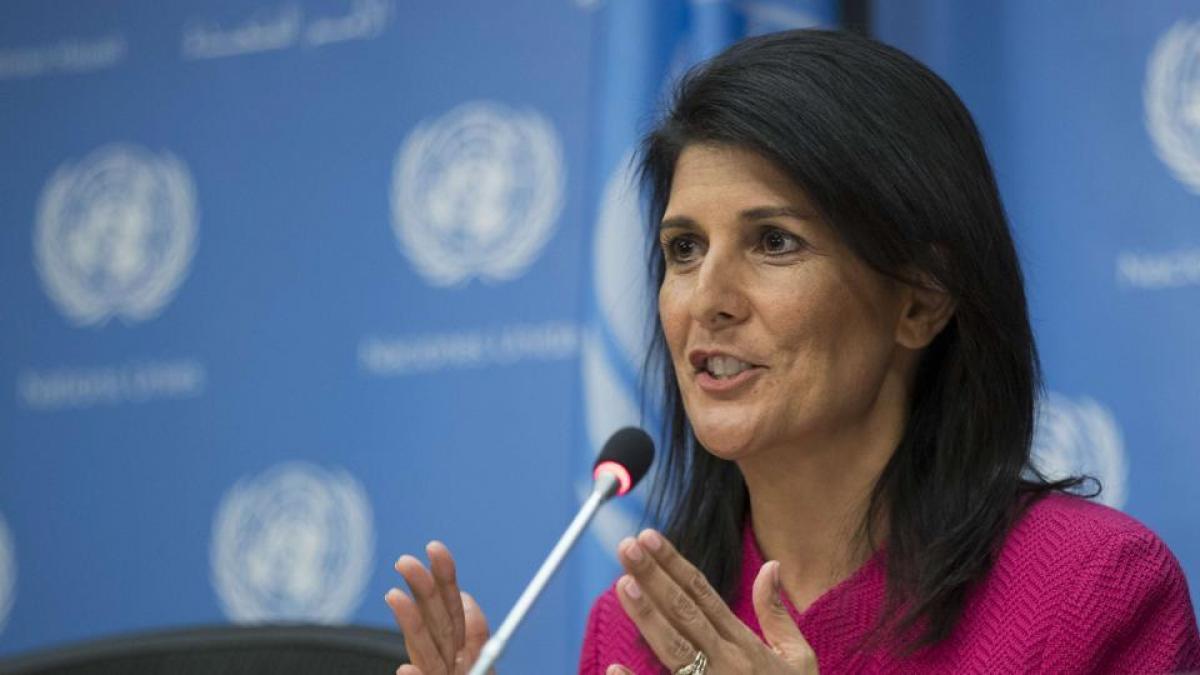 The US said on Tuesday that it would try and “find its place” in efforts to de-escalate Indo-Pak tensions and not wait till “something happens”, indicating that President Donald Trump could play a role in such endeavours.

The US said on Tuesday that it would try and “find its place” in efforts to de-escalate Indo-Pak tensions and not wait till “something happens”, indicating that President Donald Trump could play a role in such endeavours.

“It’s absolutely right that this administration is concerned about the relationship between India and Pakistan and very much wants to see how we de-escalate any sort of conflict going forward,” US Ambassador to the UN Nikki Haley told reporters here, signalling an apparent change in the US stance of not engaging in Indo-Pak disputes.

Haley, a senior Indian-American member of the Trump Cabinet, said she expects that the administration is going to be in talks and try and “find its place to be a part of that (de-escalating tensions)”.

“We don’t think, we should wait till something happens,” she said while addressing a press conference after assuming the role of President of the Security Council for the month of April.

She made the remarks when asked if the US can make any efforts to get India and Pakistan together for peace talks as tensions between the two South Asian neighbours over Kashmir have risen.

“We very much think that we should be proactive in the way that we are seeing tensions rise and conflicts start to bubble up and so we want to see if we can be a part of that,” Haley said.

“So I think that will be something that you will see members of the National Security Council participate in but also wouldn’t be surprised if the President participates in that as well,” she said.

The remarks are the first time that Haley, as a member of the Trump Cabinet, has addressed tensions between India and Pakistan.

The previous administration under President Barack Obama had maintained that Kashmir was a bilateral issue between the two South Asian neighbours.

Former state department spokesman John Kirby had said that the issue of Kashmir was for the two nations to work out and the US had no role to play in it.

The US had also said it was for India and Pakistan to determine the pace, scope and character of talks on the Kashmir issue.

India has strongly maintained that Kashmir was a bilateral issue with Pakistan and has ruled out any third party mediation, including either by the UN or the US.

Pakistan, on the other hand, constantly raises the Kashmir issue at various UN fora and was ready to have interlocutors from both the world body as well as from Washington to resolve the issue.