Briton aims to cycle around the world in 80 days 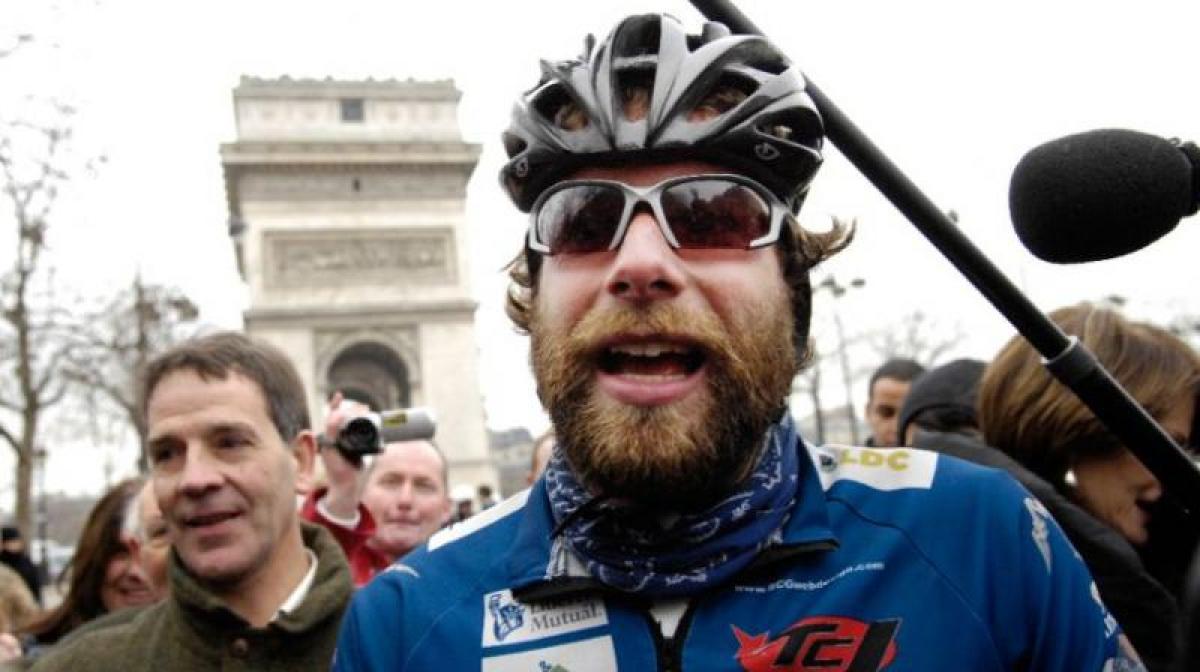 British adventurer is hoping to \"redefine the limits of human endurance\" by attempting to cycle around the world in 80 days from July 2, smashing the current record by over six weeks.

British adventurer is hoping to "redefine the limits of human endurance" by attempting to cycle around the world in 80 days from July 2, smashing the current record by over six weeks.

Mark Beaumont, who began a warm-up tour of Britain on Tuesday to prepare for the feat, will attempt to travel 18,000 miles (28,968 kilometres) under his own steam, cycling for 16 hours a day.

"I want to redefine the limits of human endurance by proving what seems impossible really is possible," Beaumont said in a statement.The first leg of his journey will see him cycle from Paris to Beijing through Poland, Lithuania, Russia, Mongolia and China.

He will then cycle across Australia and New Zealand, before heading to North America where he will travel from Anchorage in the United States to Halifax in Canada.On the final leg, he will cycle from Portugal though Spain and back to Paris.

To complete his gruelling challenge, Beaumont will need to cycle 240 miles a day and consume a daily diet of 8,000 calories and up to 10 litres of water.With this attempt, Beaumont is hoping to reclaim a world record title.In 2008, he travelled the globe by bicycle in 194 days. The current record is held by New Zealander Andrew Nicholson who did it in 123 days in 2015.

Beaumont is confident he can halve his own time, explaining to BBC television on Monday that he had not had any back-up the first time around, and had to "find clean water and a safe place to sleep"."This time it's almost Tour de France style, I've got a support vehicle behind me, it's just about performance and that makes a huge difference," he said.Beaumont listed border crossings as one of his main concerns.

The death of fellow British ultra-distance cyclist Mike Hall on Friday after being hit by a car during a race in Australia also brought home the dangers for Beaumont. "I understand what I'm taking on, it scares me, it's hugely intimidating" Beaumont told the BBC.