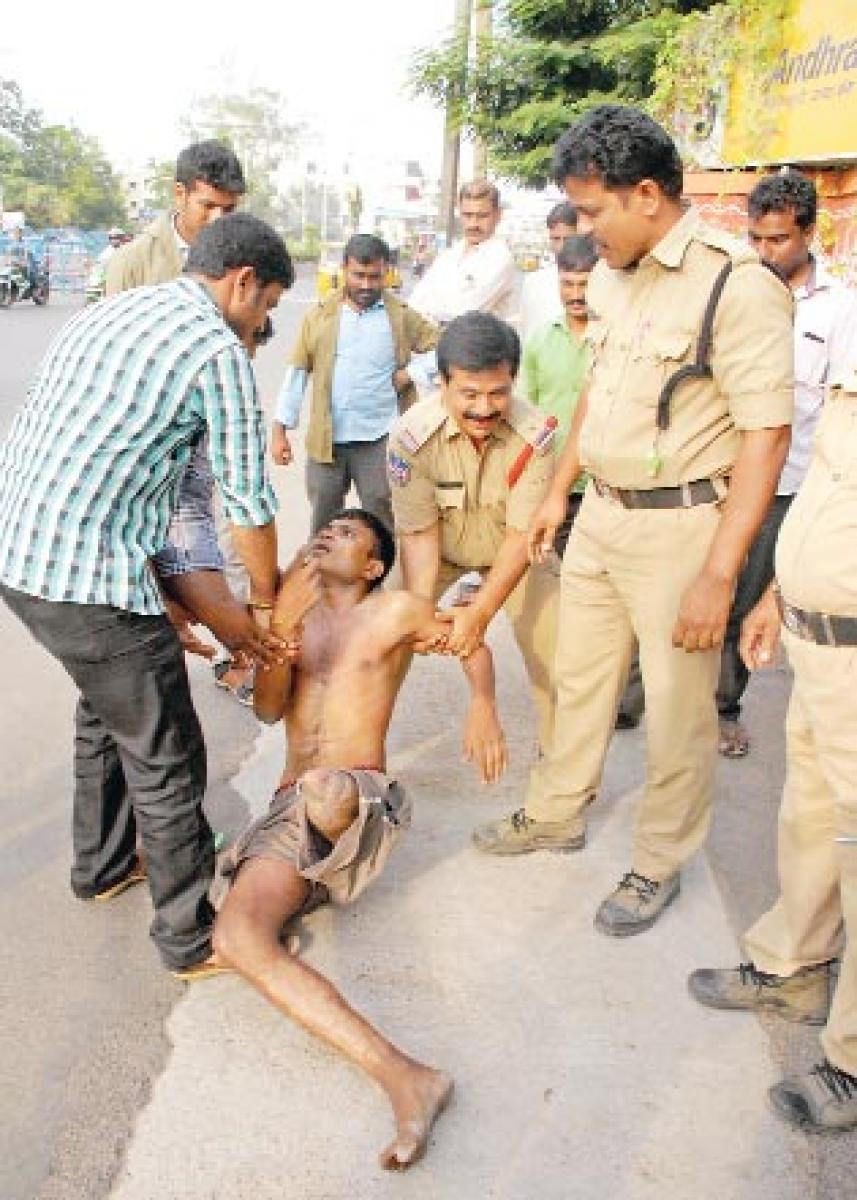 Against this backdrop, Rambabu allegedly attempted suicide by throwing himself under a bus near Collectorate accusing the administration for delaying...

Khammam: A physically-challenged man allegedly attempted suicide in front of the Khammam Collectorate here on Sunday, accusing the administration of delaying approval of his pension application. According to sources, Repakula Rambabu, aged around 25, lost his left leg in a train accident last year. Recently, he applied for the sanction of pension under the physically-challenged category. He also procured Sadaram certificate from the authorities a few days ago.

Against this backdrop, Rambabu allegedly attempted suicide by throwing himself under a bus near Collectorate accusing the administration for delaying pension. However, police thwarted his move. It is reported that he was in a state of intoxication at the time of attempting suicide.It is learnt that Rambabu didn’t submit his bank account details to authorities in time. However, sources say his application was uploaded on Monday and he is expected to get pension from next month. It may be noted here that government is providing Rs 1,500 a month for the physically-challenged persons.