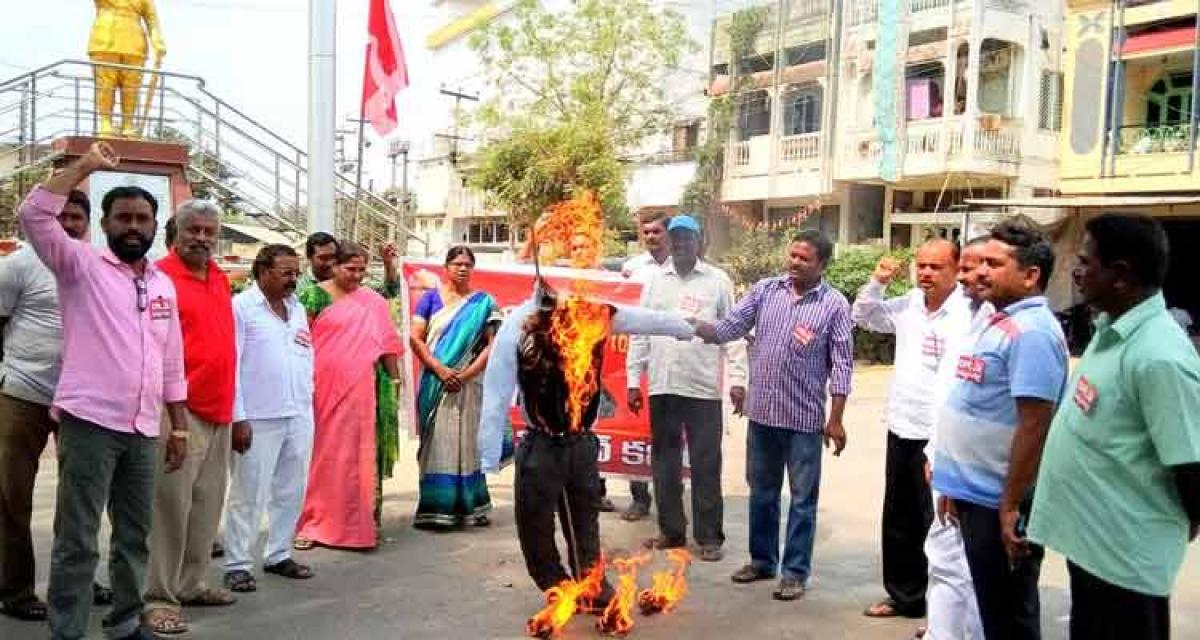 The committee members burnt an effigy of Amit Shah in protest against his comments, at the Bose Centre in Khammam on Wednesday. Speaking on the occasion, S K Babu said the BJP government before going to elections had promised of providing 2 crore jobs every year.

Instead of providing the employment, Amit Shah was insulting unemployed youth advising them to sell pakoras to earn livelihood. “BJP is deceiving jobless youth across the nation. In its four years rule, the BJP party had not taken any steps for providing job opportunities,” he criticised.

Amit Shah and Prime Minister Narendra Modi must apologise the unemployed youth for making such derogatory statements, he demanded. He also sought the BJP government to fulfill its poll promise of providing job opportunities at least in the remaining one year of its rule otherwise people would teach a befitting lesson in coming general elections.