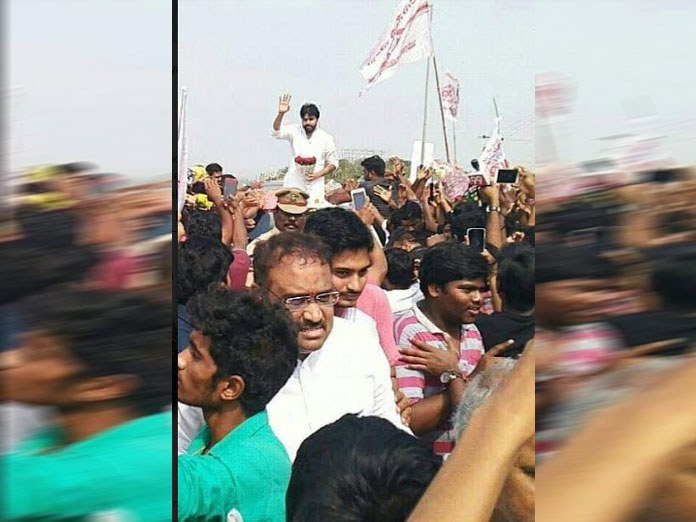 Guntur :A large number of Jana Sena activists welcomed Jana chief Pawn Kalyan near Tenali town on Sunday. The latter is going to Pedaravur via Tenali. The party activists reached near Somasundarapalem. the party activists welcomed him and given flower bookeys and raised slogans in favour of him. They set up big flexis, set up cloth banners to welcome Pawan Kalyan from Tenali to Pedaravur.

The party activists took out a bike rally from there to Peadaravur where Pawan Kalyan will interact with the students, women, farmers and party leaders. Jana Sena leader Nadendla Manohar made arrangements for the public meeting to be addressed by Pawan Kalyan.