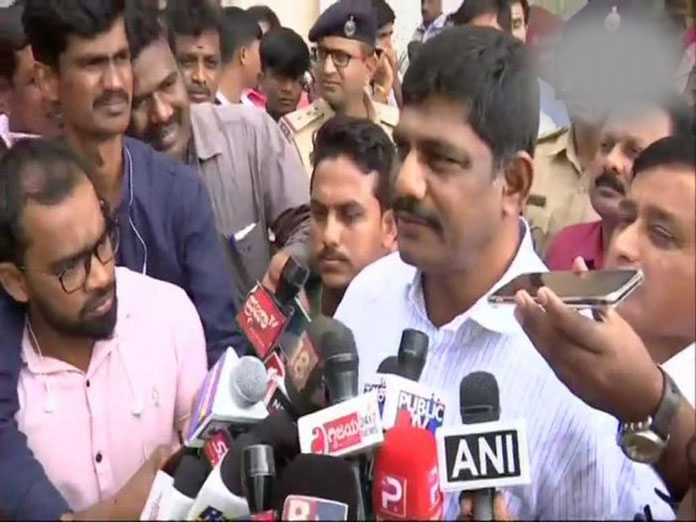 Congress leader D K Suresh on Sunday refuted reports of a fight between Karnataka Congress MLAs Anand Singh and J N Ganesh even as he confirmed that Singh was hospitalised with chest pain.

"I don't know about the fight, Anand Singh is admitted in hospital due to chest pain. There are no injuries or anything. His parents are here at the hospital. Other issues are just speculations," he told ANI here.

Media reports suggested a quarrel took place last night between Singh and Ganesh after which Singh was reportedly taken to the hospital for treatment.

Earlier in the day, Congress leader DK Shivakumar also rubbished as "fake news" reports of the fight between the two leaders.

"Doctors of Apollo Hospital should come out and clarify whether Anand Singh has been admitted for chest pain treatment or for something else. Police should file a suo-motu case and investigate, he said.