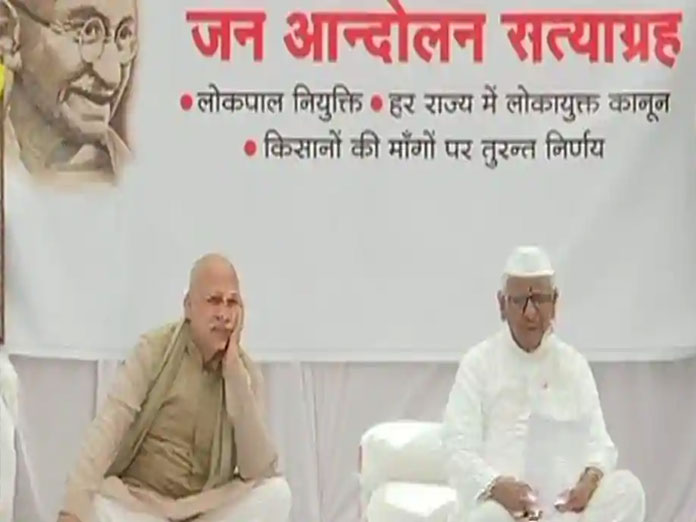 Lokpal was passed in the Parliament in 2013, but the government is yet to appoint it.

Maharashtra: Social activist Anna Hazare on Wednesday announced the beginning of his fast to demand the setting up of a Lokpal at the Centre and Lokayuktas in states as the Narendra Modi government "had failed" to set up the anti-corruption bodies.

"Through Lokpal, even the Prime Minister can be investigated if people will give any evidence against him... Similarly, in Lokayukta a Chief Minister and all ministers and MLAs under him can be investigated if somebody gives any evidence against them. That's why they don't want it. No party wants it. Lokpal was passed in the Parliament in 2013, but the government is yet to appoint it," Hazare told ANI, beginning his fast in his village Ralegan Siddhi.

Asked if any of his past supporters, many of who are now politicians, would be allowed to join him at the fast, Hazare said: "We don't want political leaders with us on stage."

"To restrict Lokpal, they passed another law within three days, got President's signature also on it. But to appoint Lokpal, they have taken five years and nothing has been done. We don't want political leaders with us on stage."

January 30 is the death anniversary of Mahatma Gandhi, which is also observed as Martyrs’ Day.

As per provisions of the Lokpal and Lokayuktas Act, 2013, a Lokpal as anti-corruption authority or ombudsman would be set up at the Central level, while a Lokayukta will be set up in each state.

"It has been five years now, but the Prime Minister Modi-led government at the Centre is making excuses. If they wanted, they could have done the needful by now,” Hazare had said on Tuesday.

“I will not be fasting against a party or a person. I will be protesting for the betterment of the nation,” said Hazare.

In July last year, the Supreme Court had expressed its displeasure over non-appointment of Lokpal by the central government. In September, the Prime Minister Narendra Modi-led Central government had appointed a Search Committee to nominate the chairperson and members of the Lokpal. Supreme Court judge Justice Ranjana Prakash Desai was nominated as chairperson of the committee.

Earlier this month, the Supreme Court asked the Lokpal Search Committee to complete its task of short-listing names for a Lokpal by February-end and submit the list for consideration to the Selection Committee. The apex court will hear the plea on March 7.