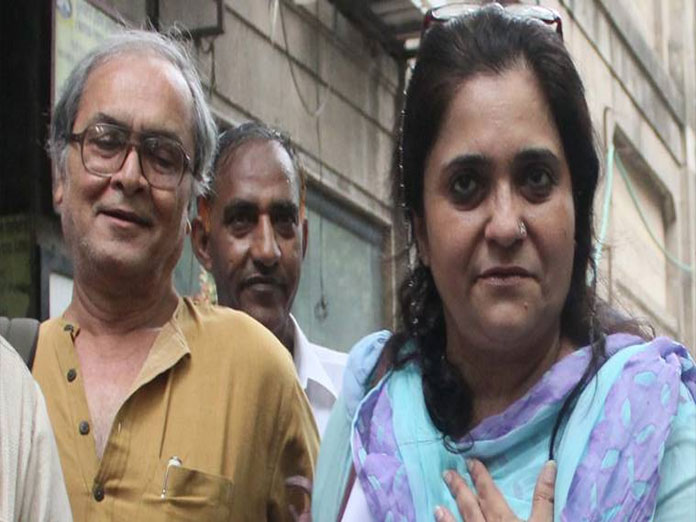 While allowing their anticipatory bail plea, Justice J B Pardiwala directed Setalvad and Anand to cooperate with the probe and appear before the investigating agency, the city crime branch, on February 15.

In a word of caution, the judge said the state government can approach the court to get their bail cancelled if the couple does not cooperate in the investigation.

The activist couple had moved the high court in May last year after a lower court rejected their anticipatory bail plea in the alleged fund embezzlement case.

The duo had moved the lower court following an FIR lodged against them on March 30 last year by the complainant Raees Khan Pathan, a former aide of Setalvad.

Pathan had lodged a complaint against the duo and some unidentified officials of the HRD Ministry, following which they had been booked under various sections of the Indian Penal Code (IPC) and the Prevention of Corruption Act, 1988.

It is alleged that both the accused had misused the funds to pay witnesses to make false deposition in some of the post-Godhra riot cases of 2002.

In its earlier submissions, the Gujarat Police had said that the HRD Ministry had granted Rs 1.4 crore between 2010 and 2013 to their NGO for a scheme under the Sarva Shiksha Abhiyan.

According to police, the couple had misused the funds, meant for education, for their "personal and political cause".