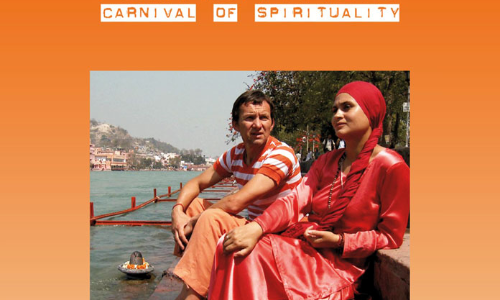 More than thousands of saints of the Hindu religion and millions of people from India and across the globe gather once in three years at any of the four locations in India Haridwar, Allahabad, Nasik, Ujjain

More than thousands of saints of the Hindu religion and millions of people from India and across the globe gather once in three years at any of the four locations in India - Haridwar, Allahabad, Nasik, Ujjain. They come together to seek blessings from spiritual masters, take a dip in the mighty river and enjoy the world’s biggest carnival of spirituality – Kumbh Mela. One might wonder about the significance of this festival but different people come for different reasons. What unites them is the transformation they undergo at Kumbh Mela.

A whopping 150 million are expected to attend the on-going Kumbh Mela in Allahabad (the festival that began on January 15, concludes on 4 March 2019). So, let’s find out what makes it one of the most awaited gatherings across the world! For more details on this grand fair, tune-in to ‘Kumbh Mela’, a special show on Sony BBC Earth on February 17 at 9PM.

1. The tale of the Kumbh Mela dates back to the time when the gods resided on earth. The word ‘Kumbh’ means ‘a vessel of Amrit’ (nectar of immortality). It is believed that during Samudra Manthan, a Kumbh with amrit was discovered by the Gods and the demons. They both wanted to churn it and own it to achieve immortality leading to a fierce battle. Lord Vishnu appeared in the form of a beautiful dancer, Mohini and offered to mediate. By the time the demons realized that most of the nectar is given to the Devas, Mohini disappeared from the scene of the battle. She is said to have kept the pot containing nectar in four different places in India and these are the four places where Kumbh Mela - the biggest religious and spiritual gathering - is held

2. The specific place and year is determined by the unique planetary positions and its astrological interpretations. Kumbh Mela is held on certain dates when the water of the sacred rivers is supposed to turn into nectar. Hence, it is considered auspicious to take a dip in the holy river during Kumbh Mela as it is believed to cleanse the sins and revitalize one for life’s challenges. So, before deciding the dates of Kumbh Mela, the positions of Sun, Moon and Jupiter are taken into account

4. A common sight at the Kumbh Mela are ‘Naga babas’. They are free of worldly pleasures, are completely selfless and totally fearless. They belong to various akhadas or congregation of saints and descent to Haridwar from as far as the Himalayas and other remote corners of the country. Theerth Purohits too are a prominent part of Kumbh Melas. These are priests who perform the rites and rituals for Hindu families as they are believed to release the departed souls from the cycle of life and death. Many believe that doing last rites in the Ganges helps one achieve salvation as one gets freedom from the cycle of rebirth

5. For many, Kumbh Mela is an opportunity to do soul searching, introspection and experience the collective consciousness of humanity as the holy men mirror the modern times by addressing the issues and concerns of the 21st century - issues such as climate change, deforestation, protection of endangered species, etc. There are many interesting instances of saints taking up these issues:

6. Kumbh Mela has a cosmic effect because of major influence of three main planets which are the sun, moon and Jupiter. The planetary positions give an electromagnetic effect on the living being and the universal gravity effect on the minerals too are very evident. The electric potential on the higher altitudes are proved to be at its peak and therefore, the water which flows from the mountain have got a different molecular structure. Just like the herbs, this water too gives a medicinal effect, making Kumbh Mela during the specific season, a major attraction for people across the world.