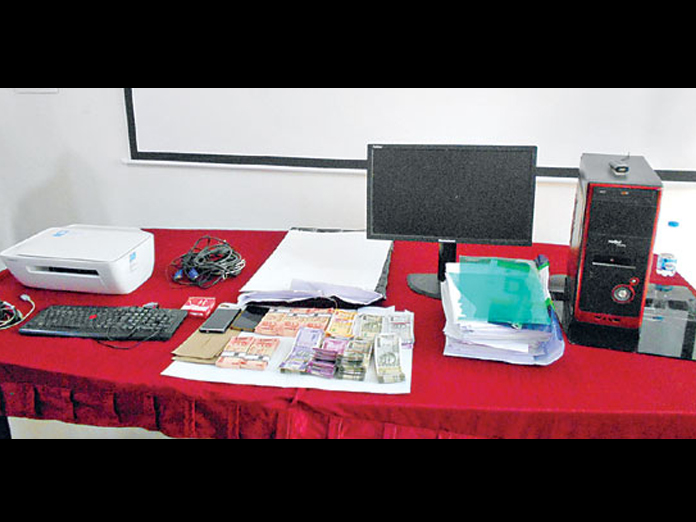 A seven-member gang were arrested for allegedly involving in the printing of fake currency here at Siddipet on Friday.

The prime accused identified as Balakrishna is an attender in Primary Health Care (PHC) in Siddipet. He began printing fake notes with the help of his friend Harinath.

The duo set up the printing machine at Ambedkar in Siddipet and had printed Rs 3.50 lakh money in 200, 500 and 2000 denominations. Later, the other five members Ashok, Suresh, Sai Kumar, Srisailam and Govardhan Reddy also joined in it.

On a tip-off, a team led by DCP Narasimha Reddy raided the place and seized the printing equipment along with fake currency of Rs 89,200, Rs 1.8 lakh cash and cell phones.

The police have taken seven members into custody and launched a hunt to nab another accused.