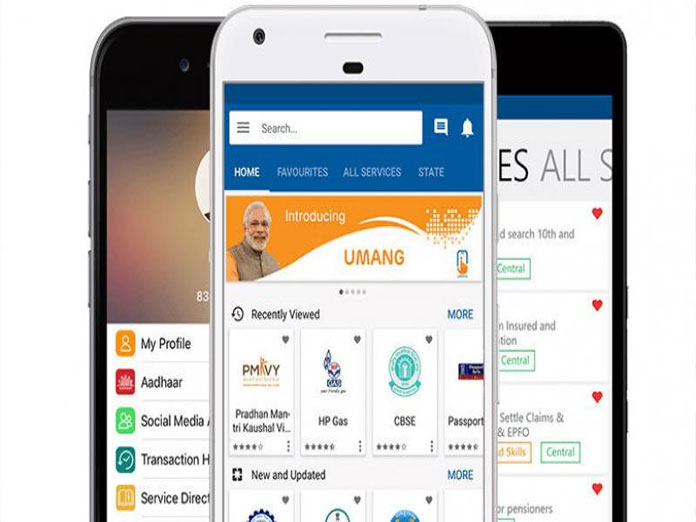 Railways ticket booking mobile application and the Chhattisgarh governments Khanij online are among 14 such IT projects that have been chosen for this years National eGovernance Awards, officials said Tuesday

​New Delhi: Railway's ticket booking mobile application and the Chhattisgarh government's 'Khanij online' are among 14 such IT projects that have been chosen for this year's National e-Governance Awards, officials said Tuesday.

Indian Railway Catering and Tourism Corporation (IRCTC) Rail Connect mobile app was launched in January 2017 to facilitate the booking of train tickets in a faster and easier way and it was later re-designed to enhance its overall booking capacity, according to the citation of the award.

It provides a platform to citizens for easy and quick booking of tickets, along with the option to use new payment modes like BHIM (Bharat Interface For Money), it said. Railways collected revenue of over Rs 5,800 crore in 2018-19 (till December) through the App. The application has been chosen for the special jury award for excellence in government process re-engineering for digital transformation.

National e-Governance Awards will be presented by Minister of State for Personnel, Public Grievances and Pensions Jitendra Singh on Wednesday.

Another winner of the award is 'Khanij Online', portal of the Mineral Resources Department of the Chhattisgarh government. The core objective of this project is to develop integrated and effective management of mines and minerals systems in the state.

Some of the key features of the project include "online auto-approval for all daily discharges of the mining stakeholders using digital signature certificate," the citation read.

"The National e-Governance Award recognises outstanding contributions made by individuals, institutions, central and state government organisations, among others, which have simplified governance and processes for the benefit of the citizens," V Srinivas, Additional Secretary, Department of Administrative Reforms and Public Grievances (DARPG), said.

He said the digital landscape of India has changed and that is why, today, what we see are digital ministries and virtual private networks, among others. "Various digital practices/innovations have reached up to village-levels, and thus transformed governance, ended corruption and brought in transparency," Srinivas told PTI.

Giving details of the awards, Joint Secretary, DARPG, Kiran Puri said 411 nominations were received for the 2019 awards. "Of these, 256 were initially shortlisted. After further scrutiny, 100 of them were selected for spot study by a screening committee. After the spot study of these shortlisted projects, 46 of them were finally chosen," she said.

Puri, who headed the screening committee, said that a jury comprising experts from academia and others, under the chairmanship of the additional secretary (Srinivas), finally selected 14 winners.

Others chosen for the award include a digital land (comprehensive system of land management) project of the Board of Revenue, Lucknow, Uttar Pradesh. It is an integrated and interoperable solution for extending e-services related to rural areas of Uttar Pradesh.

All 7.65 crore revenue plots of Uttar Pradesh have been assigned a unique 16-digit code under this project which benefits all rural land owners, revenue officials and others.

Umang, a unified platform to provide major government services, by the National e-Governance division of the Ministry of Electronics and Information Technology, 'MahaRERA' (Maharashtra Real Estate Regulatory Authority) and the National Scholarship Portal 2.0 by the NIC, New Delhi, are also among the award winners.

Mussoorie Dehradun Development Authority, Dehradun, which has developed an online map approval system, Hello Doctor 555 by the office of the district magistrate of Tehri Garhwal, Uttarakhand, which has implemented an information technology-based system for seamless delivery of healthcare services, and Punarvas, Srikakulam district administration, Government of Andhra Pradesh, have also been selected.

A wind power forecasting service for the whole state of Tamil Nadu by the National Institute of Wind Energy, Ministry of New and Renewable Energy, Government of India, and the "targeted intervention to expand and strengthen TB-control among the tribal population under RNTCP, India" by the National JALMA Institute for Leprosy and Other Mycobacterial Diseases, Ministry of Health and Family Welfare, are also among the winners.

Gujarat-based Giribala Creative Ventures Private Ltd has been chosen for 'innovative use of information and communication technology in e-governance solutions by startups'. It has implemented a B2B online platform for construction chemicals, waterproofing products and services, according to its citation.

An 'iStart Rajasthan' project by the Department of Information Technology and Communication, Government of Rajasthan, will be awarded under the 'excellence in adopting emerging technologies' category. iStart Rajasthan is an end-to-end online platform for startups across the country.