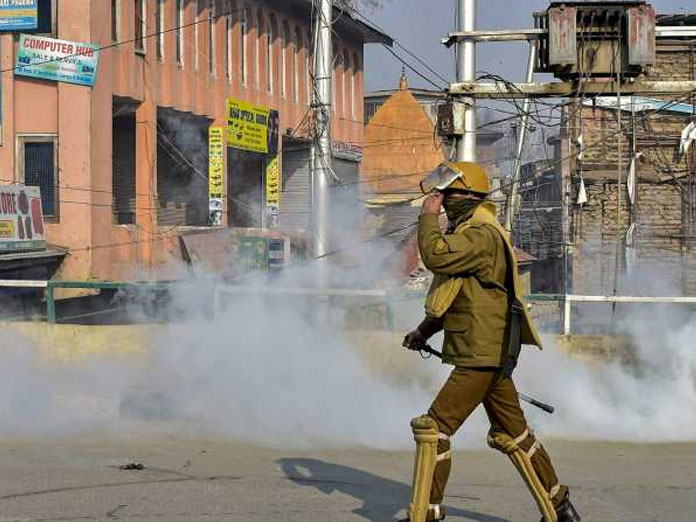 JAMMU: A senior J-K BJP leader Wednesday accused the state police of harassing the city's youth on "selective basis" in the wake of the anti-Pakistan protests over the Pulwama terror attack.

A curfew was clamped in Jammu city on February 15 following massive protests, a day after 40 CRPF personnel died in Pulwama.

The crowd torched vehicles while rival groups pelted stones at each other at some places including Gujjar Nagar.

The curfew continued for a week during which the police made a number of arrests to restore peace.

"Post Pulwama attack whatever happened here was unfortunate but when civil society of Jammu belonging to different sections of society had resolved to settle issues amicably why is that young boys are being harassed," he added.

Sethi, who protested in the old city for the release of the arrested youth, urged the authorities to not harass them and instead investigate the delay in the arrival of police at the spot where vehicles were burnt and people resorted to stone pelting.

"No action is being taken against those who raised pro-Pakistan slogans and also against India.

Those who burst crackers after Pulwama attack are still roaming free," he alleged.

"Instead of harassing the youth, the police must issue warnings and also keep their house in order," the BJP leader added.